A Game Changer in the Metalcore and Hardcore Scene. 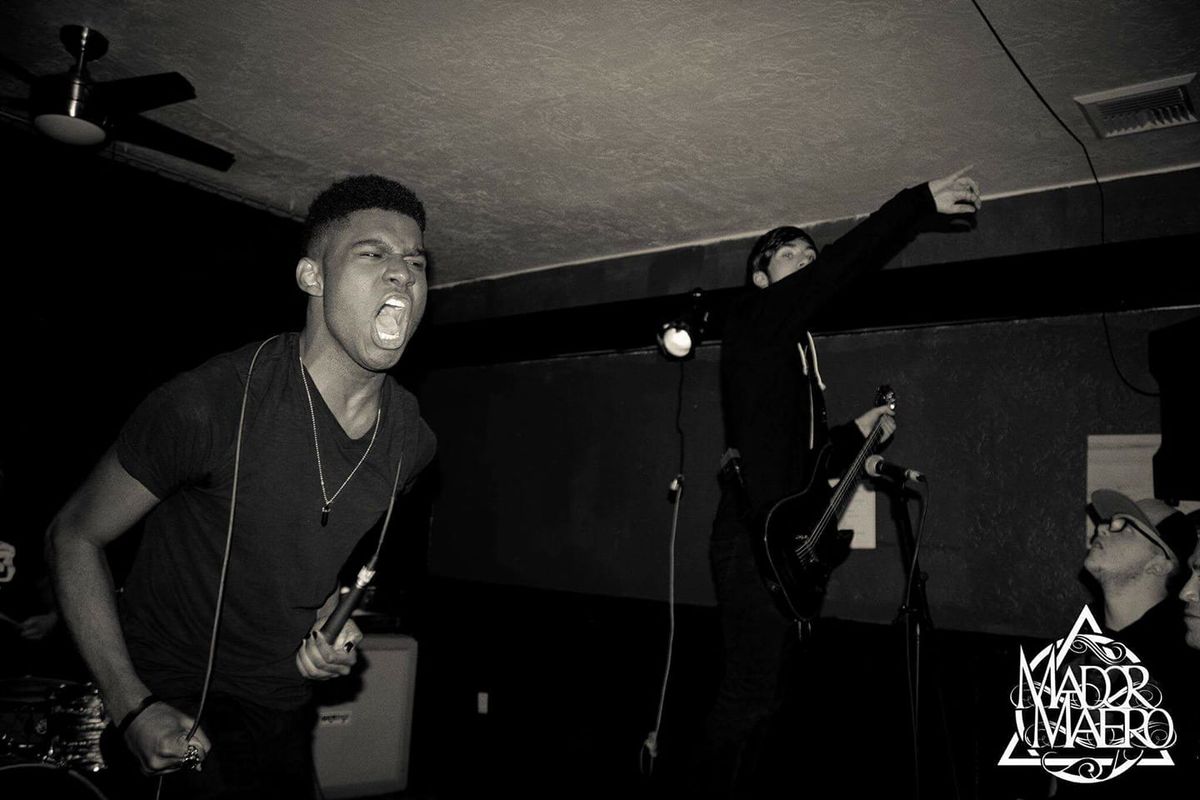 Speaking from a fan’s perspective, we might have remembered on the MadorMaero’s Facebook page when this EP was nothing more than just an announcement and an idea. Talking to the guys from time to time, the EP was nothing more than a series of ideas coming and going, with an end not really in the horizon. After all this time, it’s finally became a reality, and it was well worth the wait.

The EP is comprised of four tracks and one beginning interlude. As a whole the three tracks themselves bring an amount of freshness to the metal core and post hardcore scene. The talent that emanates from these four individuals leaves these tracks free of musical clichés often seen in both genres. Everything is purposeful in this colorful and very emotional EP.

Starting with the first track Razbliuto, the use of the deep and expressive use of the violin and piano gives this track more meat than just using a traditional guitar, bass, and drums setup. Not saying that there is anything wrong with tradition, but it’s nice to see music break away from tradition to create a different and more impactful piece. Combining those instruments with guitar creates not only emotionally moving piece, but also creates an edge that a song like this really needs. The song seems to be about sadness, anger, and the remembering of rather painful memories of losing someone close to said person and not really able to accept it, so the musical composition fits well with lyrics and the overall piece.

With Friends Like These is the third track of the EP. As with of the songs on this EP, there is something awe-inspiring about the quality and sounds of the musical compositions, especially this song. There is this nice back and forth thing going on with the guitar that sounds like an altercation between two people and the bass just adds that agitation to the vigorous track.

We then jump into the next track Glass Souls, which is a whole different animal compared to Razbiluto. It's angry and aggressive style definitely will definitely bring fans new and old to this band who are already fans of the metalcore and hardcore genre. It might also explain why this particular track was chosen to be the single to Adversis. It’s not only an addictive, interesting song instrumentally to listen to, but it also gives a reason for people to pay attention to this band. But what sets this song apart is the clear, talented, unclean vocals and the crisp, intense use of percussive instruments. The problem that some unclean vocalist face is making their lyrics understandable, so thankfully this was not a case with this song or any of the tracks. The last 40 seconds of this track is also pretty amazing, creating a sense of chaos in an already dynamic piece. If listeners are into intense energetic musical compositions then this is right up their alley.

The last song is Omens, a song that is both impressive in terms of vocals (clean and unclean) and the progressive use of guitar. We get this energetic and intense intro followed by a lot of interesting things happening with the guitar and bass. It’s a great song to end on because it shows how talented each person in this band really is. It also puts a great finality to the EP as a whole.

It is worthy to note that this EP speaks of anger, sadness, and resentment. This is something I feel most people can relate to and for many reasons. It’s a moving, edgy, and emotionally moving project that the guys should really be proud of. Give it a listen if you haven’t already done so, because in the next year or so this band will be a game changer in the metalcore and hardcore music arena.