#Repealthe19th, Why Women Should No Longer Be Allowed To Vote
Odyssey
CurrentlySwoonLifestyleHealth & WellnessStudent LifeContent InspirationEntertainmentPolitics and ActivismSportsAdulting
About usAdvertiseTermsPrivacyDMCAContact us
® 2023 ODYSSEY
Welcome back
Sign in to comment to your favorite stories, participate in your community and interact with your friends
or
LOG IN WITH FACEBOOK
No account? Create one
Start writing a post
Politics and Activism

#Repealthe19th, Why Women Should No Longer Be Allowed To Vote 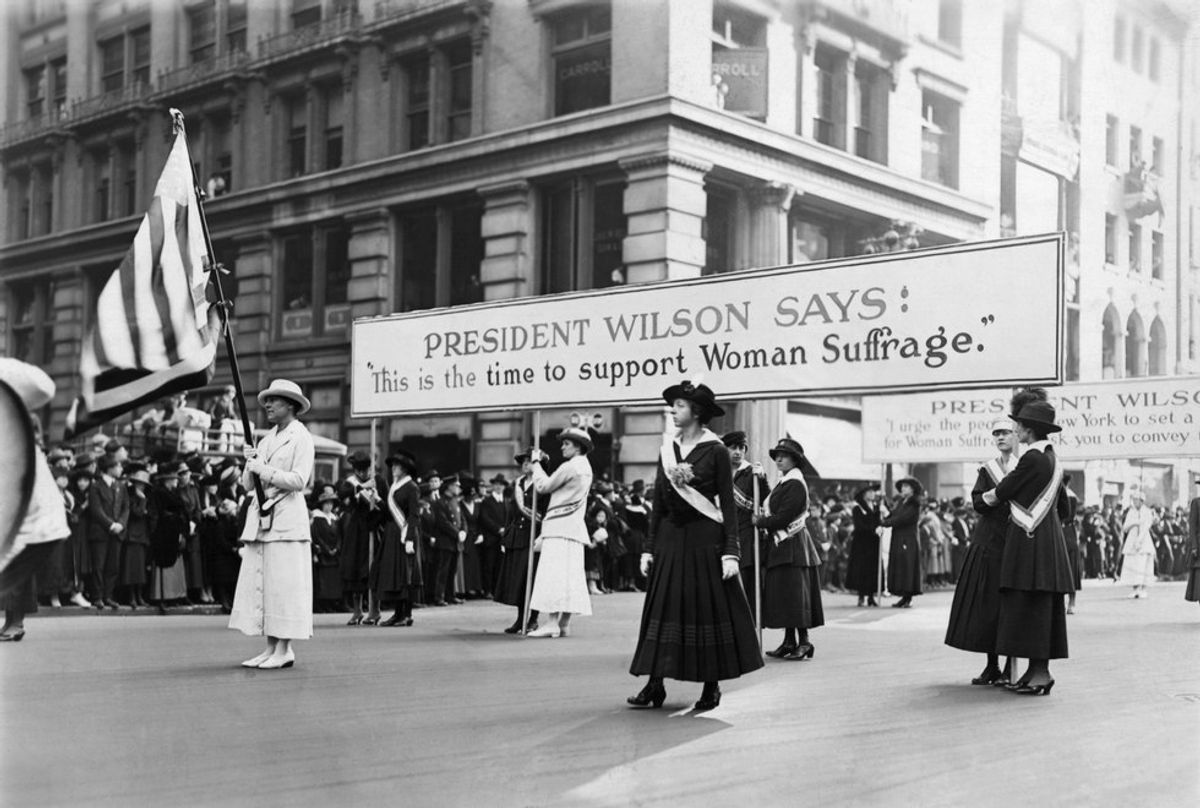 A recent recent election update n update by Nate Silver, founder of FiveThirtyEight.com, revealed that if only men were to vote in this upcoming presidential election, Donald Trump would win in a landslide– 350 electoral votes compared to Hillary’s 188.

In response to this hypothetical election result, Trump supporters, both male and female, began tweeting #Repealthe19th in order to reverse women’s suffrage and help Donald Trump win the White House.

Critics of this suggestion voiced their discontent, claiming that Trump’s campaign is promoting sexism and social regression.

However, repealing the 19th Amendment would actually be extremely beneficial for our country, and here’s why:

First and foremost, women must relinquish their right to vote in order to elect our Führer, Donald Trump. Without Trump in the White House, how else are women (and every other minority group in the United States) going to be publicly degraded and explicitly objectified? Afterall, inequality is an American tradition. Women must be constantly reminded that they are inferior to men, and like Donald Trump Jr. noted, “If [women] can’t handle some of the basic stuff that’s become a problem in the workforce today, then [women] don’t belong in the workforce.”

Secondly, women’s suffrage must be repealed because women are physically incapable of voting. Statistically, women have the measly, average height of 5’4” in comparison with the mean male height of a towering 5’9.5”. Are women even tall enough to reach the ballot box? Five-inch heels wouldn’t even be sufficient to assist women in casting their vote.

And let’s not forget about menstruation. A woman on her period is much too susceptible to mood swings, cramps, and binge-eating to be making a decision as important as who our next Commander in Chief will be. Females have poorer temperaments than men as it is, now add menstrual whininess to the equation. Yikes. A woman shedding her uterus lining should not be allowed to vote, period.

Additionally, women are just too busy to vote. The time a woman would need to take out of her day to vote would dramatically cut into her time to perform matriarchal duties. A man simply cannot come home from a long, hard day at work to an unkempt home. He brought home the bacon; she needs to cook it. Do you think meatloaf makes itself?

As a fragile, young woman myself, I need men to make my decisions for me because my brain is smaller. The 19th Amendment needs to be repealed because females are just not equipped to vote. Although women spent a notable 72 years gaining suffrage, that was sooooo long ago. Susan B. Anthony and Elizabeth Cady Stanton are dead last time I checked– I’m sure they wouldn’t mind.

Nicole Marie Nigro
Individual Creator
235
c1.staticflickr.com
Where to start...... Let me start with the cliche that life throws us curveballs and what we do with it is what counts.