How the Religious Right has wrecked itself advocating for Donald Trump 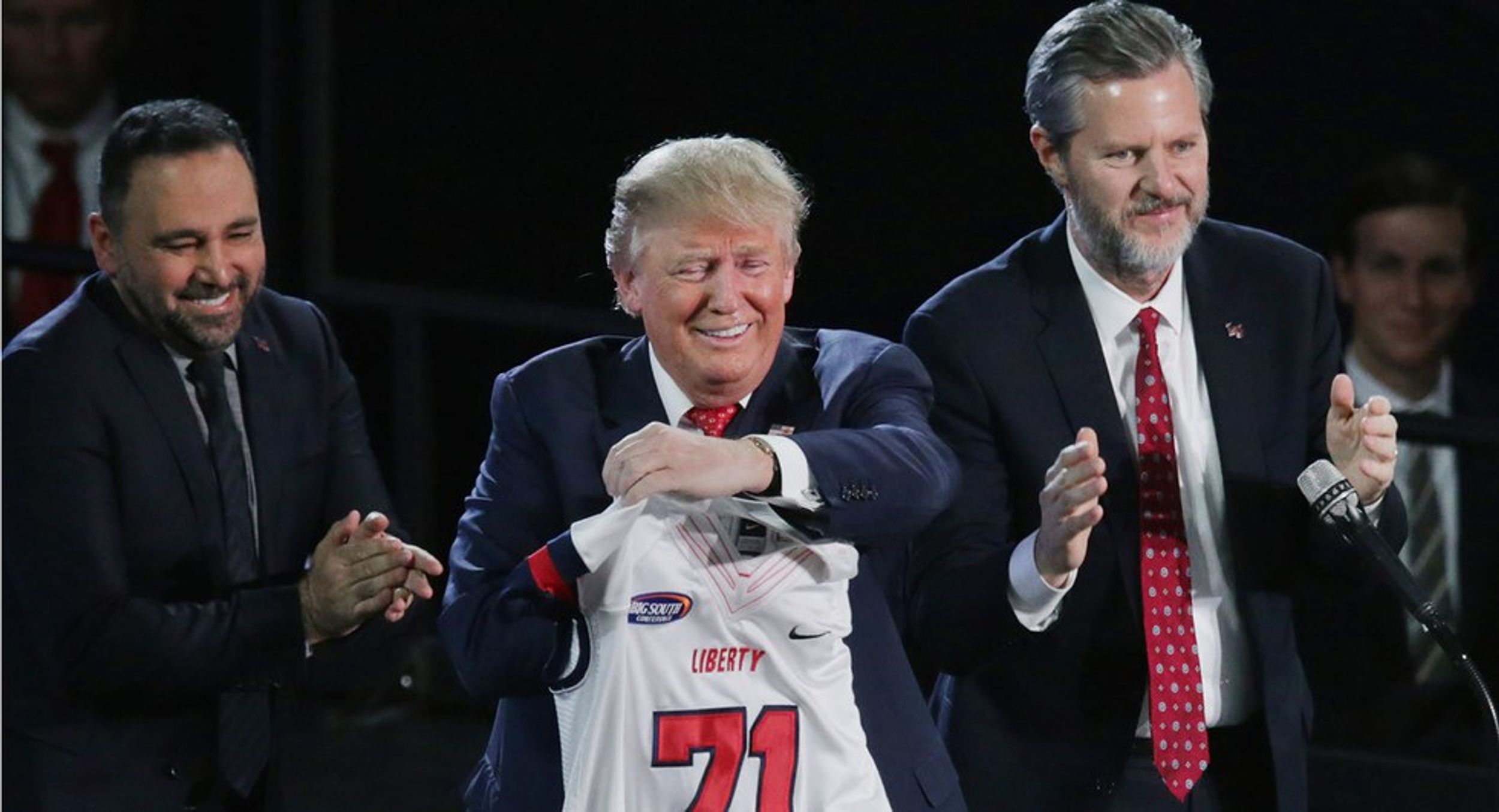 In the wake of Bill Clinton’s 1992 election to the presidency, the Religious Right largely lost its sway over the executive branch. Although it managed some smallish policy victories, the Religious Right’s main legacy from Clinton’s administration was its prosecution of Clinton over his extramarital sexual conduct. Its chief argument: the public should care about Clinton’s affairs because someone as powerful as the U.S. President really must have good character.

In 2000 religious conservatives successfully sold George W. Bush as a born-again, ‘compassionate’ conservative. The Republican Party lost the 2008 and 2012 elections, but not without successfully hawking John McCain as a courageous war hero and Mitt Romney as an upstanding family man. Only in 2016 did the Republican electorate nominate a man whose moral faults can’t be effectively concealed with the usual God-and-country gloss.

During the 2016 primaries a majority of Republican voters opted for other candidates than Donald Trump. Many religious conservatives chose other, more observably religious primary candidates, from the politically-inept folk hero Ben Carson to the pious-faced cynic Ted Cruz to the actually-pious Marco Rubio. Yet Donald Trump was never successfully knocked from the front of the pack, and in time every Republican figure had to declare an opinion on him as their party’s presidential nominee.

Some on the right have entirely resisted endorsing Donald Trump, and some who have endorsed him waited (sometimes controversially) until they felt certain that no better prospect would emerge. Many support him as a lesser of two evils rather than as any kind of great man. Considering all of this, it’s curious how high proportion of Trump’s relatively early support came from professing evangelicals, and how many religious-conservative gatekeepers – from original Religious Right figureheads to literal inheritors of their legacy to the aforementioned folk hero – have been among his most unyielding supporters.

When Donald Trump’s 2005 boasts about molesting women were released recently, many of his later-coming supporters were quick to express moral disapproval of his words, even (in some cases) to the point of rescinding their endorsements. (To be clear, the things he told of are sexual assault: “I just start kissing them. It’s like a magnet. I don’t even wait” is not how literally any man speaks of trying to discern any woman’s consent.) And some who’ve stuck thick to Trump aren’t much for moral scruples anyways. Nobody imagines the Breitbart gang examining its collective conscience about… well, pretty much anything.

Even in light of Trump’s adulterous “grab them by the pussy” remarks, it still isn’t too surprising for some religious right-wingers – y’know, the crowd that in the late 1990s made a huge deal about a White House blowjob – to defend him as a lesser of two evils. No matter how endlessly he bullshits and lies, and no matter how many times he breaks his word (whether to veterans or contractors or policy aides or his wives) to suit his convenience, surely he’ll keep his pledge to religious conservatives – a cultural tribe with which he’s never had any connection – to appoint their preferred sort of Supreme Court justices. (Rather than, say, his pro-abortion-rights sister, whom he half-jokingly cast in that role back before he felt any compulsion to pander to the religious right.) We’re to believe that he’d be better for social conservatives than Hillary, and that’s what really matters.

But Religious Right figureheads have gone far beyond “lesser-of-two-evils” in their defense of Donald Trump. Many have tried to liken him to the biblical adulterer King David, though it’s laughable to expect Donald Trump granting much weight to his own sins, let alone actually trying at repentance.

This summer, James Dobson tried to pass off a secondhand claim that Trump had gotten ‘born-again’ (“[accepted] a relationship with Christ”) – as though the famously loose-lipped Trump had undergone a deep religious conversion and left publicizing it to James Dobson.

Ben Carson – who just earlier this month intoned apocalyptically about the ruinous societal effects of gay marriage – plainly said in a recent interview that “it doesn’t matter” whether Donald Trump has in fact sexually assaulted a long (and growing) string of women over several decades.

After a coalition of Liberty University students wrote to protest Liberty president Jerry Falwell Jr.’s soiling of their school’s reputation through his pro-Trump crusading, Falwell responded by calling their statement not just “false” but “incoherent.” (Nevermind what this says about the intellectual quality both of the students that Liberty admits and of the education it gives them.)

Plenty of religious right-wingers have parroted that Trump’s 2005 remarks were really just “locker room banter” that he’d never act on, as though God hadn’t given them minds both to understand Trump’s actual language and to notice how closely his boasts match women’s allegations against Trump that far predate the recent leak.

Obviously not every religious conservative has pursued this kind of track. I have respect enough for those who’ve kept the #neverTrump line; I expect to keep reading Ross Douthat, for example, until death do us part. (Blessedly, younger evangelicals and conservative Catholics seem much less inclined than their elders toward the “King David/locker room banter” kind of take.) And though I find it ridiculous that any observant and thinking person would’ve been genuinely surprised by Trump’s 2005 remarks, I’ll grant some tiny kudos to those who’ve since walked back their support for him.

But woe to those hypocrite religious right-wingers who not only fail to live up to their standards but who for so long proclaimed things – about morality and values and character – in which they clearly put no stock. Some people will continue to listen to them, but they make their word as worthless as Donald Trump’s.

In 1 Corinthians, St. Paul teaches that the fire of God’s judgment will test the moral quality of each person’s life. Those who devoted their lives to terrible work may “be saved, but only as through fire.” I expect to need some time (so to speak) in purgatory when I die. I hope I won’t need as much time as I suspect Donald Trump or any of his craven Religious Rightists will.

Caitlyn Morral
St Bonaventure University
5526
Wordpress
Odyssey recognizes that mental well-being is a huge component of physical wellness. Our mission this month is to bring about awareness & normality to conversations around mental health from our community. Let's recognize the common symptoms and encourage the help needed without judgement or prejudice. Life's a tough journey, we are here for you and want to hear from you.