Reflections On A 17 Year Old Self 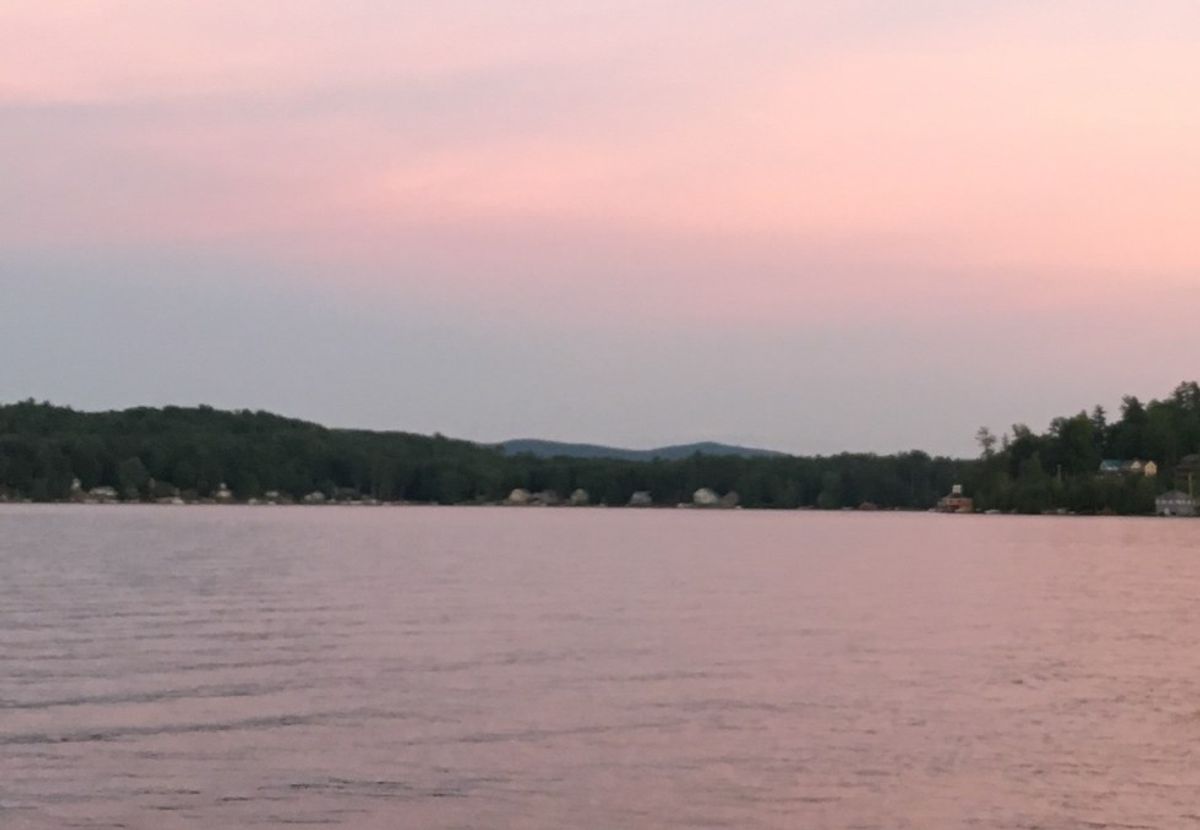 My throat was very scratchy by the time I pulled into to the parking area on the west side of Lake Bomoseen. It was usual that there’d be a few trucks parked, and this afternoon was no exception. I imagine I must've looked out of place among the few men loitering the dirt lot with their red coolers, and fishing rods. It was late June, and much too hot to be wearing sweaters, but I hadn’t taken this Skidmore sweater off since I got it. My hair was in wisps, slightly slicked back from the 20 minute car ride from Rutland.

I walked towards the water, and sat on the rocks. I switched gears from the abrasive noise I’d been listening to in the car, and put on “6 Ft Beneath The Moon”, which was currently in the running for the soundtrack of Summer 2014. A mixture of punk-jazz, and hip hop, this record, delivered by Archy Marshall, aka King Krule, was easily the most relatable thing I’d listened to in quite awhile. The watery guitar chords dosed in an echoey reverb, were juxtaposed with harsh baritone vocals, painting a desolate soundscape of loneliness and an abyss of isolation.

In interviews, Marshall was quite reserved. He'd smoke cigarettes between his bone thin fingers, mumbling answers to questions in his thick British accent. At first glance, it was hard to imagine this 19 year old kid was getting so much buzz on the web. But, with his music behind him, Archy was screaming out at the world.

That summer, there wasn’t a day I wasn’t perpetually exhausted. My 17 year old wrists poked out or my sweater. The bone seemed more and more prevalent with each hour. The irritation in my stomach was bad today, and the more I thought about it, the worse the thoughts had become. I regretted leaving the house now. All I wanted was sleep.

I was tired of everything. I didn’t see how school would make me successful. I was smart, and I got straight A’s. The grades, yes they’d get me to college, but what then? A successful job? Highly respected among society?

I didn’t give one about being in the top of my class. Why was it that all these people have to equate success to status? Why can’t they just see a beautiful person without comparing me to some sort of standard, or some other grade obsessed student.

And why would I be respected? Because I would have a chance at wealth? Going through hell from 9 to 5, 5 days a week, pipetting my sorrow from beaker A to beaker B, so I could look forward to going home and filling the void with the false perceptions of happiness the media enforces on us?

My head ached with angst. All I really wanted to do was be King Krule. Writing songs. And screaming at all of them. Emaciated, and searching for purpose.

Looking out at the water, I tried hard to lose myself in the music or the atmosphere, if only for a few seconds.

Two years later I sit in reflection. The birth of my adulthood started in an eating disorder, cradled in the teen cynicism. And despite how much happier I may feel, my mindset hasn’t changed much. To this day, the only thing I truly desire, is genuine happiness.