Reflecting On My Old Writing
Odyssey

Reflecting On My Old Writing

Let's see what we can learn from my past self. 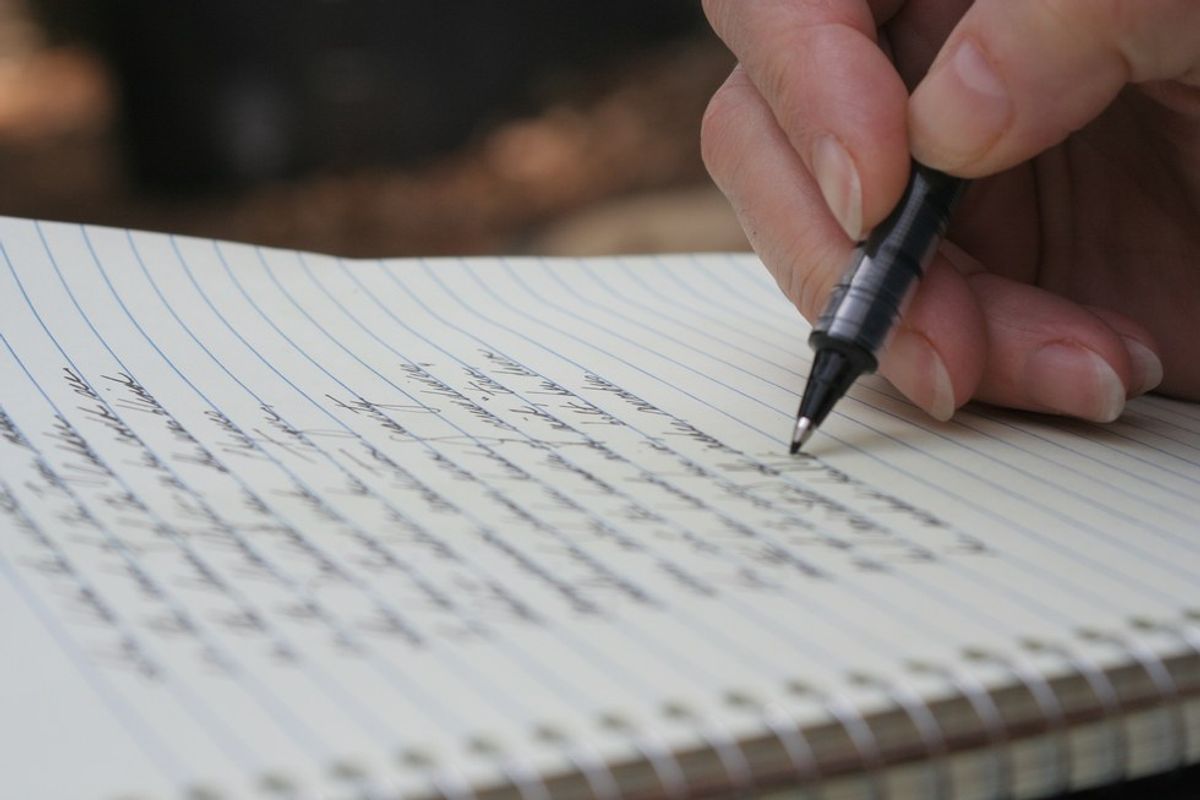 As I mentioned before I used to be an avid writer. I would write constantly. I would spend hours trying to create my own universes stories and people and eventually even started writing fan fiction. I pretty much used to live for writing and I often find myself that I wrote more nowadays. I haven't stopped, I just write less.

I've been trying to write a bit more lately, trying to get back into that creative feeling and mindset. I know there are a few specific things I really need to work on and get better at and that's the point of practicing. So I've been trying to.

A few days ago I decided to open up my old laptop and read through some of my old stuff. I was curious, to be honest. I knew what was in there, knew which stories I'd written and which ones would be there but I didn't remember all of the specifics. I was excited to go back and see what I was thinking and feeling back then. If anything could tell me how I was feeling it would be these old writings.

I wasn't disappointed. I went back through so many things and I was quite happy to do so. It truly did bring back several memories, good and bad, and I think it was good for me to do a bit of remembering.

The first story I looked back on was one I'd absolutely been in love with back in the day. (Back in the day meaning 2014) The different versions and chapters of this story had been stored in a folder called "Subtle Shifts". Why? I have no idea. It makes absolutely no sense. The story was about an insane assassin, his psychic friend, and a girl who had a room on the same block as them in the asylum. Crazy, I know, but I loved it.

Looking back I can tell this was just for fun. This was meant to be whatever I wanted it to be and I could just do whatever I wanted, whether it made total sense or not. It honestly seems like an even worse version of Mission Impossible. There were Fast and Furious knockoff car chases, lots of explosions, kidnapping, telepathy, a remote controlled minivan, a man with fox ears, and a lot of fist fighting along with the occasional mental breakdown.

Overall it almost sounds like a B-Rated film, but that's partly why I like it. Looking back I'm sitting here going, "What could I possibly have been thinking?" but I'm also giving myself points on effort and creativity. If I knew that one day I'd be critiquing myself on this story I probably would have toned it down a little.

With this story, it's easy to see my flaws as a writer. Overall, organization is a big one. This story jumps around so much, moving so quickly that every time a scene changes it takes a moment to reorient yourself and adjust from what just happened to what's already happening. All of it is much too quick. Keeping up is a challenge and I'm the one who wrote it!

I remember part of what lead to me creating this assassin is the want for a completely original character, one who could act crazy in an almost Jack Sparrow sort of way and get away with the impossible. I must say I succeeded. He's exactly what I wanted and I'm actually quite satisfied with his character. The other characters are all very flat. Of course being different people they are individuals, but... not quite. They're people cut from the same mold, just painted a little differently on the outside. There's no dimension and really, they're all the same.

This has always been a problem for me and going back and seeing how bad it was bears a bit of good news and bad for me. The good news is that I've definitely made progress. I've worked on making all of my characters more dimensional and less flat and I know I've gotten better. But, the bad news is that even though I have gotten better I'm still struggling with it. I still lack certain elements to my characters that I really need. It's a challenge and I will continue to work on it.

The same thing goes with the pacing of the things I write now. I move too quickly, often skipping past too much and not giving the slower times more attention. I'm not as bad as I used to be, that's obvious in reading my old works, but it's still very much a problem. It was one of the hardest things I had to figure out when writing my script, The Voice. I moved things along too quickly, making transitions too rough and jarring.

The last thing that I learned that I'll talk about is that writing is meant to be fun. You can shape the characters perfectly or get the pacing exactly as it needs to be but if what you're writing isn't fun for you, it's entirely possible it isn't going to be fun for anyone else. Make sure that you love what you're doing. I truly love that story because I really put my heart and imagination into it. Yes, I would be embarrassed if someone read it but there isn't anything that would make me press the backspace button on it. Make sure you're passionate about what you're writing.

Go back and look through your old stuff. I bet you'll be surprised at what you find.

Glorie Martinez
5990
Why I Write On Odyssey