Here are answers to common tattoo questions I am asked over and over again when people find out I got a tattoo. 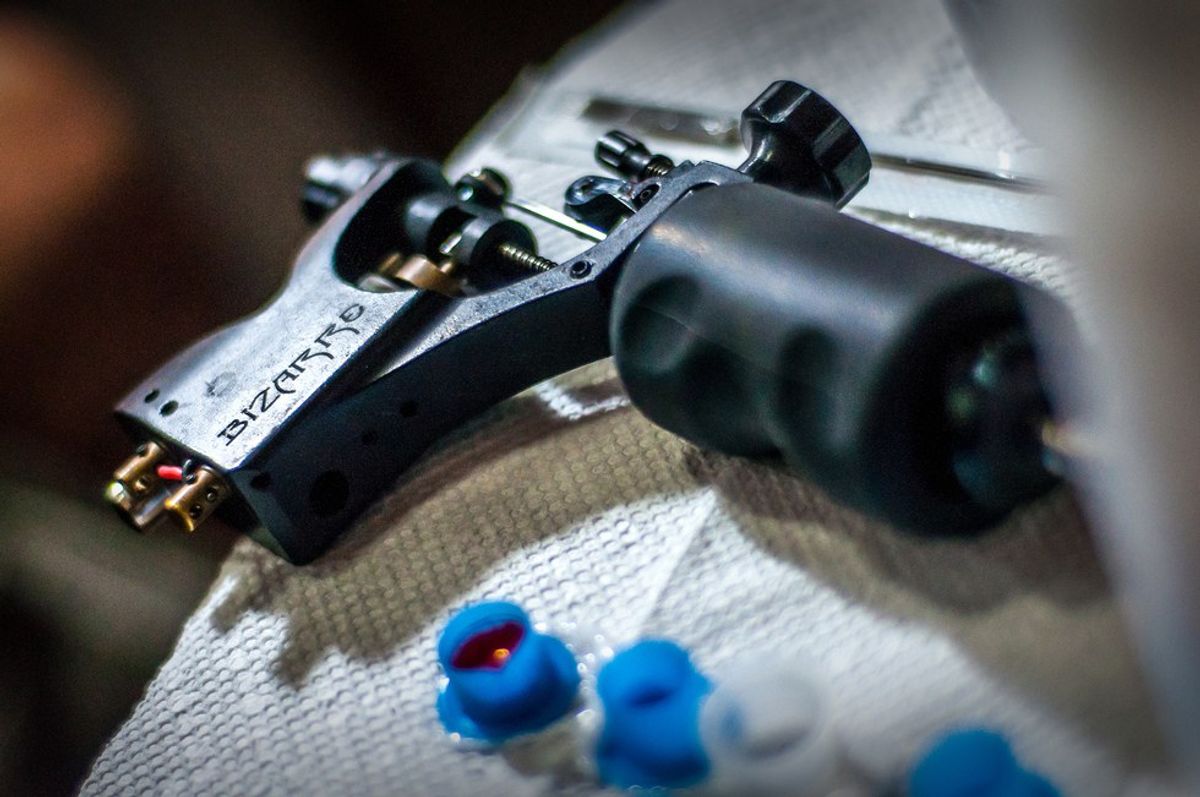 This is the number one question I am asked when people find out I have a tattoo. The truth is, it didn’t hurt as bad as I thought it was going to. A lot of it has to do with the location, but I have a pretty low pain tolerance so I was prepared for searing pain that made me want to scream. Surprisingly, I endured the whole experience without crying, but that doesn’t mean it didn’t hurt. The first five minutes were easy, the second five minutes hurt a bit, the next five minutes hurt more, and the last five minutes hurt a lot. If I had to do those last five minutes for 15 more minutes, I probably wouldn’t have completed it. The duration of 20 minutes and location were probably why it wasn’t terrible, but it did hurt more when he went over my ribs, so that is my one caution.

Because there is huge meaning behind it and I’ve wanted it for five years? There will be so many people who question you and your tattoo, so you need to be prepared to defend yourself, and also prepared to tell people when something isn’t their business. However, if you are willing to share a little bit of your reasoning behind something, people are more likely to accept it.

If I launched into the full story behind my tattoo with every person who asked, I would just be telling the story 24/7. It’s a long story, so maybe I’ll write a blog post sometime about it because that story itself will take over 500 words. The cool thing about tattoos is that they do have a story behind them, so explaining the meaning behind a tattoo to someone who asks can be a great segway into evangelism or into sharing a meaningful lesson from your life.

I payed $70 for my tattoo. Most tattoo studios have a minimum of $60, which is what mine cost, then I tipped $10 (so around 15%). Find a legit place that will do your tattoo right with an artist who is willing to put the time in to make it perfect. This is something permanent, and it’s worth the extra time and money to get it done right.

5. Did you tell your parents?

This question mainly has to do with the fact that I go to a Christian college, and am a college student. Some people assumed since I am a freshman I was getting a tattoo because I am now away from my parents and can get one without having to tell them about it. Truth is, I called my parents the night before to talk it through with them. I explained to them that although I wasn’t asking for permission, I truly did want to know their opinions about getting a tattoo as well as I didn’t want to disrespect them by showing up at home for Christmas break with a new tattoo that they didn’t know about. It was the right move for me to tell my parents, but my parents are fantastic people who I know that even if they don’t agree with something, they won’t disown me. The decision is up to you, because you know your parents, but even though it might take a little leap of faith to make the call, I think it’s worth it to inform them.

Heck yes, I was nervous. After going through getting a tattoo, if someone wasn’t nervous about getting one, I would be questioning whether or not they understand what they are getting themselves into. I had wanted the tattoo for five years, I was confident in the tattoo studio, I had done my research on things to know and after care, but I still had no idea what it was going to feel like, how it was going to turn out, or whether I was going to regret it. Getting a tattoo is a big deal, getting something permenant on your body shouldn’t be taken lightly, and there are many people who abuse the power of a tattoo. That being said, I was nervous, but I was confident in what I was doing and why I was doing it.

I hope that helps you understand a few points behind getting a tattoo. Have a great week!

Nicole Marie Nigro
Individual Creator
7593
c1.staticflickr.com
Where to start...... Let me start with the cliche that life throws us curveballs and what we do with it is what counts.