5 Reasons To Learn A New Language, Because It's Never Too Late To Learn Something New
Odyssey

5 Reasons To Learn A New Language, Because It's Never Too Late To Learn Something New

Learning a new language can be advantageous in more ways than you might think. 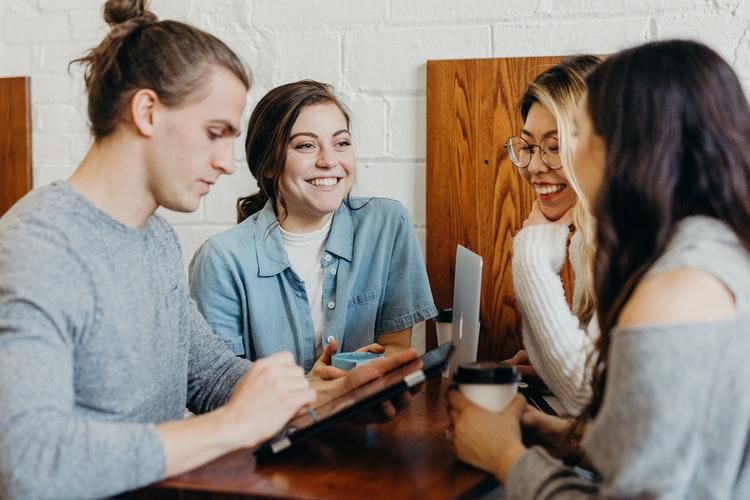 Many of us have heard a relative or someone else tell us that we should learn another language when we were younger, especially those who grew up in bilingual or multilingual households. I heard this a lot from relatives as I grew up in a Spanish-speaking household, and I really wish I listened to them.

I always thought being able to listen and understand what someone was saying would be good enough, but now I'm in my early 20's and I don't even know how to correctly use past tense verbs. If I had known how much knowing another language can impact your life, I definitely would have taken learning Spanish more seriously.

I am now working on and practicing my Spanish more these days. I've even started to pick up a couple more languages along the way!

Learning a new language, and even multiple languages, can be beneficial to just about everyone. It can improve our mental health, enhance various skills, and even our well being among other things. Here are a few reasons to learn a new language.

1. It can help you learn other languages.

The funny thing about languages is that they can embody the same or similar words that are found in other languages.

Take, for example, the word "cat" in Spanish ("gato") and in Italian ("gatto"); although the spelling is a bit different, the pronunciation is the same and it means the same thing! From personal experience, I kind of expected this as they are both Latin-based languages and they are pretty common choices of language picked by people who live around me.

Although learning one language doesn't automatically make you know a different language, it can give you leverage if and when you decide to learn others.

2. Learning a language enhances our neuroplasticity.

I feel like at some point or another, we've heard someone say or have read in some article that learning a new language "enhances our neuroplasticity," but what exactly does that mean?

Well, neuroplasticity is essentially the way your brain is organized. It refers to how your brain can reorganize, change, and adapt through new experiences and growth. Your neuroplasticity is affected when you learn something new (e.g. a new language) as you are being exposed to and becoming familiar with something you haven't experienced before. It can even be more beneficial if you're learning more than one language at the same time!

Neuroplasticity also coincides with our cognitive abilities, comprehension skills, as well as our motor skills; as we exercise our brains, we also end up strengthening our cognitive functions. Learning a new language has also been proven to show an increase in the brain's grey matter, which plays an important role in our memories, emotions, speech, and decision making. While it is best to learn a language when we are younger (for the sake of time, enjoyment, and better likelihood of practicing and utilizing it more), that doesn't mean the effects it has on our brains ceases.

3. It helps us practice communication skills.

In this day and age, a lot of us find it harder than others to talk and start up conversations with people or effectively communicate what we're thinking or want to say. One of the benefits that comes with learning a language is that we learn phrases and words to use with other people; sometimes the only way to practice a language is to have a conversation with someone in that language.

I studied ASL in high school for two years and my teachers knew that when we needed to practice signing with each other, a lot of us hesitated at first because we felt awkward and thought we would be terrible at it, but they still made us do it anyway.

One of my teachers even encouraged the class to go out and find people that were part of the deaf community and practice our signing with them. Both teachers told us that the best way to practice a language is to use it in real life. As I'm starting to pick up and practice new languages, and being the late night overthinker I am, I come up with scenarios in my head where either I need help with directions or shopping in a store, or someone else needs help with the same thing and I want to help them.

Actually, some of the first things we learn in a new language, besides the basic conjugations, are phrases that express introductions of ourselves and our likes, among other topics. Regardless, language is how we are able to effectively and efficiently communicate with one another, even if it can be scary. The best thing to do when practicing a new language is to use it!

4. It helps you develop organizational skills and time management.

When it comes to learning a new skill or new information, organizing everything in a way that can be clearly comprehended is essential.

There are many apps and how-to videos out there to help in the process of learning a language, but the main thing is to be able to organize and spend time efficiently in order to get the most out of practicing. Learning vocabulary does indeed help you learn, but what good is knowing what "water" is in a language when you need to know "where can I find the bottled water?" in a store in another country?

Learning and knowing how to organize material is just as important as studying the material; how do you know what particle goes after a word or where the subject goes in correlation to the verb or object in a sentence? This being said and depending on who you are, this can either sound like a lot of work or a lot of fun.

It is highly recommended for a child to learn a new language or languages at a young age because "their minds are like sponges," which is true in a sense. However, this is also recommended because as a child, there is more time to do what we want; as adults, a lot of our time is dedicated to homework, schooling, jobs, and anything else we are further committed to.

That doesn't mean we can't make time for it. It just means it might be a bit more challenging. Learning a language, much like a lot of things we want to do our best and work hard at, takes time, effort, and dedication, and that's especially true if you are learning more than one language at a time.

You have to be able to manage time and yourself, even holding yourself accountable for what you study. There will be times where you think "why did I want to do this?" and "what did I get myself into?" when studying certain aspects of a language, and it can get frustrating at times, but you'll end up enjoying it in the long run.

5. Learning a language can help improve memory and mental health.

Earlier, when I talked about neuroplasticity, I mentioned how learning something new, such as a language, has been found to be correlated to increased grey matter in the brain. I also quickly mentioned that one of the roles grey matter is involved in is our memories, among other cognitive functions.

Your brain is constantly making connections between various motives (stimuli) externally that appeal to our senses; as it's making these connections, we are also continuously forming new memories and, as I mentioned earlier, our brains strengthen every time we learn something new.

Grey matter has been found to increase when learning a new language and memory is shown to improve as a result of this. Some have even found that having an increased amount of grey matter and well functioning cognitive skills (thanks to enhanced neuroplasticity) can delay memory issues (Alzheimer's or dementia) and improve mental health.

It gives us a sense of completion and satisfaction once we learn something new and become confident in what we know, not to mention it helps us find another way to communicate with others.

There are still experiments and studies being done today on the impact learning certain skills has on the brain and cognitive functions, and I'm sure there is still plenty of work to be done in this field. As the saying goes, the brain is still a mystery, and there's still a lot we don't know about it given what we already do know. But I do know that learning a language does more for us than we think.