Some Of The Reasons We All Should Love Drag Queens

Some Of The Reasons We All Should Love Drag Queens

Because sometimes queens are so much more than a man in a wig. 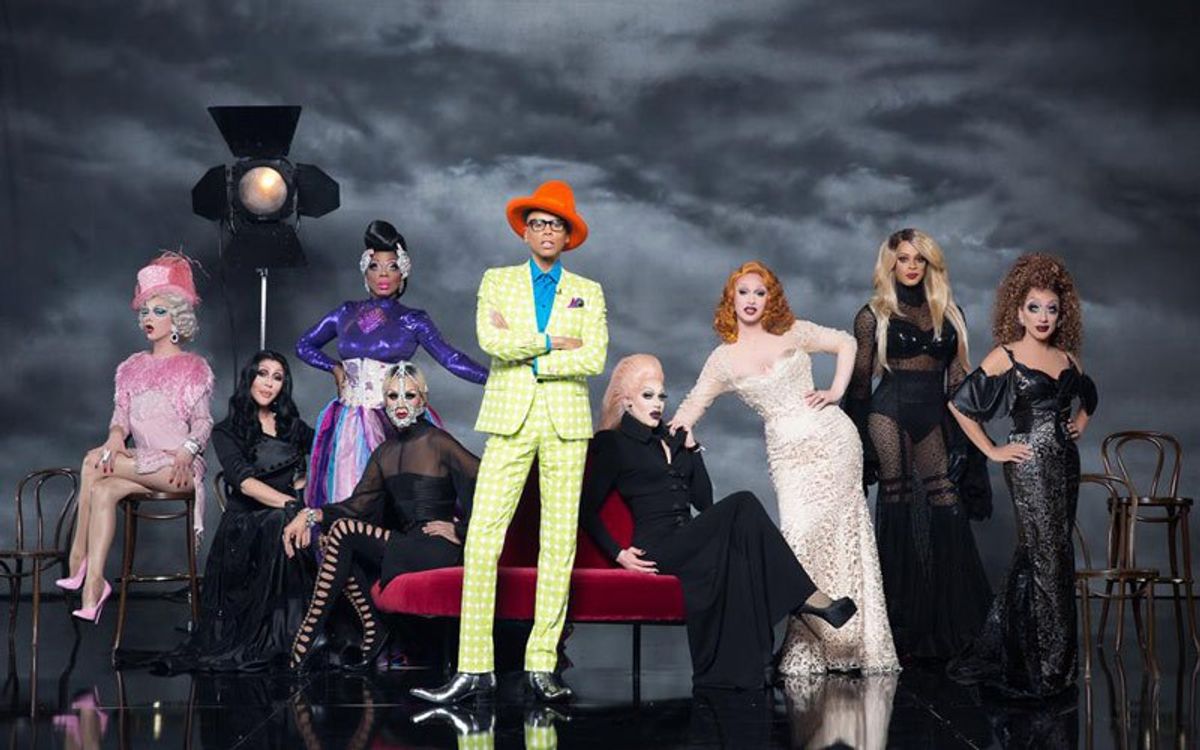 This week season eight of "RuPaul's Drag Race" finally premiered, for most fans of drag this means all is finally right in the world again. If for some sad reason you don't know the show, imagine a magical mash up of "Project Runway" and "America's Next Top Model"...add a dash of political commentary, if you're doing it right.

1. First and foremost, drag queens are often at the foremost of the gay rights movement.

Marsha P. Johnson, who also identified as transgender, was a drag queen who helped start the Stonewall riots, an event that started a major gay rights revolution.

2. Drag queens are some of the most hard working and amazing people you'll ever meet.

3. Drag queens can teach you to own and love who you are

Because when you have to spend so much time explaining who you are a person really has to figure it out.

4. You can learn more about makeup

It has levels of power you may never have known, plus Miss Fame will teach you how to contour.

5. So many big and small elements in pop culture have roots in the drag world.

This is Willi Ninja voguing, you can thank him and his house for much of Madonna's success.

Because anyone who has negative things to say about Violet Chachki is obviously jealous.

7. That magical moment when someone is equally stunning as a boy and a girl.

If you don't know Pearl/Matty James, you are seriously missing out. Plus, this will give you a great opportunity to hate that you'll never be as pretty as the girl or boy version.

8. It can help introduce you to the stories of more trans individuals.

A solid majority of drag queens aren't trans, but some, like Carmen Carerra....are.

9. You will never run out of content from your favorite people to keep you entertained.

Endless Youtube videos, and all of them are incredible (Google Willam's beatdown...you're welcome).

Go see Ru girls, go see your local queens, go see a celebrity drag impersonator, no matter what you will be entertained.

11. This is the perfect opportunity to be introduced to the idea of 'genderqueer.'

Because we should all think about the reality that gender is a social construct.

12. You might not know which of your trendy quotes came from a drag queen.

Let's be clear, Bianca Del Rio is the love of everyone's life.

13. Sometimes we all need a reminder to speak our mind.

In the end, no matter what your sexuality is, drag could and should be an informative and entertaining addition to your life. It's strange that drag is easily discounted by a majority of the population, they only see a silly man in a wig that likes to wear women's clothes. Of course sometimes drag is just campy entertainment that doesn't take itself too seriously, but more often than not drag represents so much more than just a man in a wig. There is obviously an element of drag that is simply fun.

But really, drag is rooted in societal commentary on gender, race and socioeconomic status. It's easy for some people to roll their eyes at someone's love for drag, but clearly these are people who don't know much of anything about drag or its rich history. Ultimately drag is about escapism, it's one individualized form of art, it pushes gender and/or sexuality constructs, drag is rooted in the unapologetic voice that pushes towards equality in the queer (and larger) community. It's all about making a statement, and that statement varies depending on the queen. Drag can add to anyone's life, be it just laughs or a long hard think about the 'typical' in society, I'm thankful it is such a large part of my life, it's been one of the many things that has made me question who I am and how I define the people around me, so I hope you'll consider paying some attention too.