Realizing My Privilege As A Black Child

Realizing My Privilege As A Black Child

Gather 'round folks, I've got a story to tell. 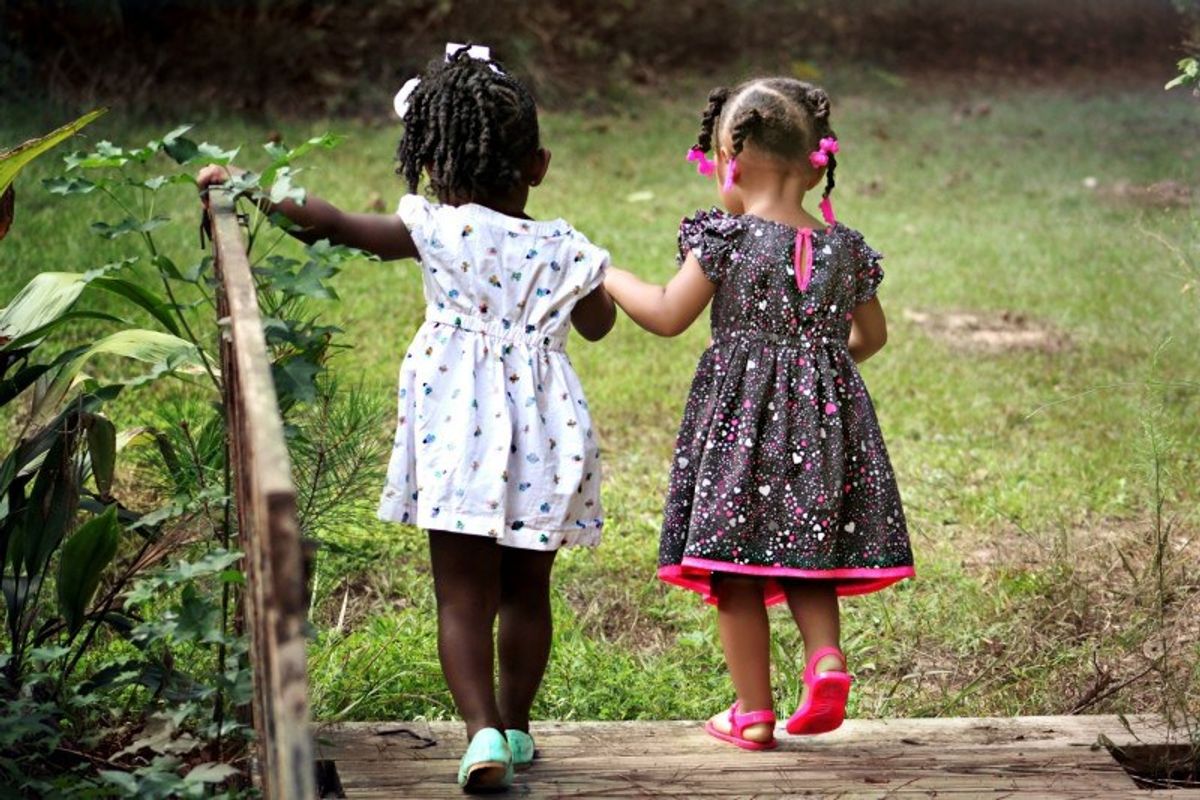 Privilege is a word that is used quite frequently these days. Honestly, I wasn't used to hearing it discussed so often until I came to one of the most privileged institutions in the nation, Columbia University, for graduate school.

I've observed that the most privileged in society -- able-bodied, heterosexual, cis-gender, christian, white males -- hardly ever use the term. At least, they do not do so openly. My guess is that it is not something they think about.

Privileged persons...
...do not have to think about the accessibility of their residence or business.
...can be seen as a "boss" instead of a "bitch" when in charge.
...do not receive uncomfortable stares, lectures or threats while with their significant other.
...do not have to fear the reactions of other shoppers when deciding to use the bathroom they identify with in Target.
...do not have to be "randomly" selected for a pat down of their hijab or hair at an airport.
...do not suddenly become hyper-vigilant and alter their behavior around the police.
...do not have to wonder why the sales associate is following them around the store and has asked, "Do you need any help finding anything," three times already.

The notion of privilege is often overlooked when it is seen as the normal aspect of your reality. Privileges tend to evolve into expectations and even entitlement for many people. Furthermore, the surfacing of the subject can make the privileged person feel guilty. So for the sake of comfort, many deliberately avoid the topic.

However, I want to discuss how I first realized some of my privileges as an able-bodied, heterosexual, cisgender, Christian, southern-raised, black girl. I know some of you may be thinking, "What are you talking about Victoria? Did you forget you are a black woman in America? You have little to no privilege." But hear me out, y'all. I look at privilege as any type of advantage someone is afforded over another person due to circumstances beyond their control that require no effort. And y'all, I have experienced that in my life.

My first time realizing my privilege occurred back in my high school days in Atlanta, GA. I was chillin' in my best friend B's neighborhood. B and I had just come in her house from walking around outside or something like that. You know because back then, you tried to walk around and be cute or whatever, but that's beside the point.

Anyway, I remember we entered into B's house to witness B's mother yelling at B's younger brothers for wanting some money to do something that she was unable to afford. So when B and I came in, B's mother used this as an opportunity to lecture her children. She said, and I will never forget, "Y'all can't be running 'round here trying to keep up with y'all lil friends. Some of y'all friends got two parents in the home... Both working and stuff... They can afford to do things that y'all just can't. Y'all don't live the same. Y'all gone have to realize that sooner or later."

I, at the time, didn't realize what she was saying. I don't think B or her brothers did either because they seemed to be annoyed at what seemed like another one of their mother's lectures. I remember thinking to myself, just because both my mom and dad live together doesn't mean life is easy for us. Shoot, we're on the struggle bus too. It wasn't until I was older, and gained a little more perspective, that I realized B's mom had a point.

In comparison to many of my friends growing up, my family appeared to illustrate the ideal black family. I've had friends refer to us the Huxtables, but to me, we were far from that. The Huxtables were ideal, close to perfect. Today's reference would probably be the Johnson's from "Black-ish."

My mom, dad, brother and I lived a life, that was simply "normal" to me. We would go to church together every single Sunday. We'd go see the latest films together and have long family critiques in the car ride home where everyone was invited to voice their opinion.

We'd sit down for dinner as a family most nights of the week and discuss our lives, events, politics, entertainment, etc. Both of my parents would try to attend our games, recitals, track meets, etc. We had our issues, but we still were your typical, average family to me.

It was our "normal." And when something is your normal, you hardly stop to think about what life is like for others who have a different "normal." You don't think that the reason your friend always wants to come over for dinner is because a hot meal every night might be a scarce opportunity for them.

You don't think that another friend sees your life as luxurious, commenting on how "big" and "nice" your childhood home was and asking if your family is "rich." You don't truly let it sink in that your other friend, who makes sure she always tells your father "happy Father's Day," does so because your dad may have been the only man she witnessed up close and personal to consistently serve in a father role and, thereby, served as a father figure to her as well. No, these things just fly over your head, especially as a child.

Now that I'm a young adult, my privileges have expanded. I noticed a dramatic change in my life once I came to Columbia University. Being affiliated with this institution has made me even more aware of the privileges I have received and yet, at the same time, constantly reminds me of those I do not have.It's a weird conundrum, if you will.

I lie in this weird space of elevation, yet degradation. I realize that certain things may be afforded to me due to my affiliations or experiences. However, there are still many things I will have to overcome on the road of ahead. It is important for me to recognize both my privileges and adversities to effectively navigate the spaces I'm in, in addition to not dismissing the experience of those around me who do not share the same "norms."