I Am A Hardcore Feminist, But Not The Type That Everyone's Against

I Am A Hardcore Feminist, But Not The Type That Everyone's Against

I'm a real feminist, I believe in men and women being equal, not women having more rights than men. 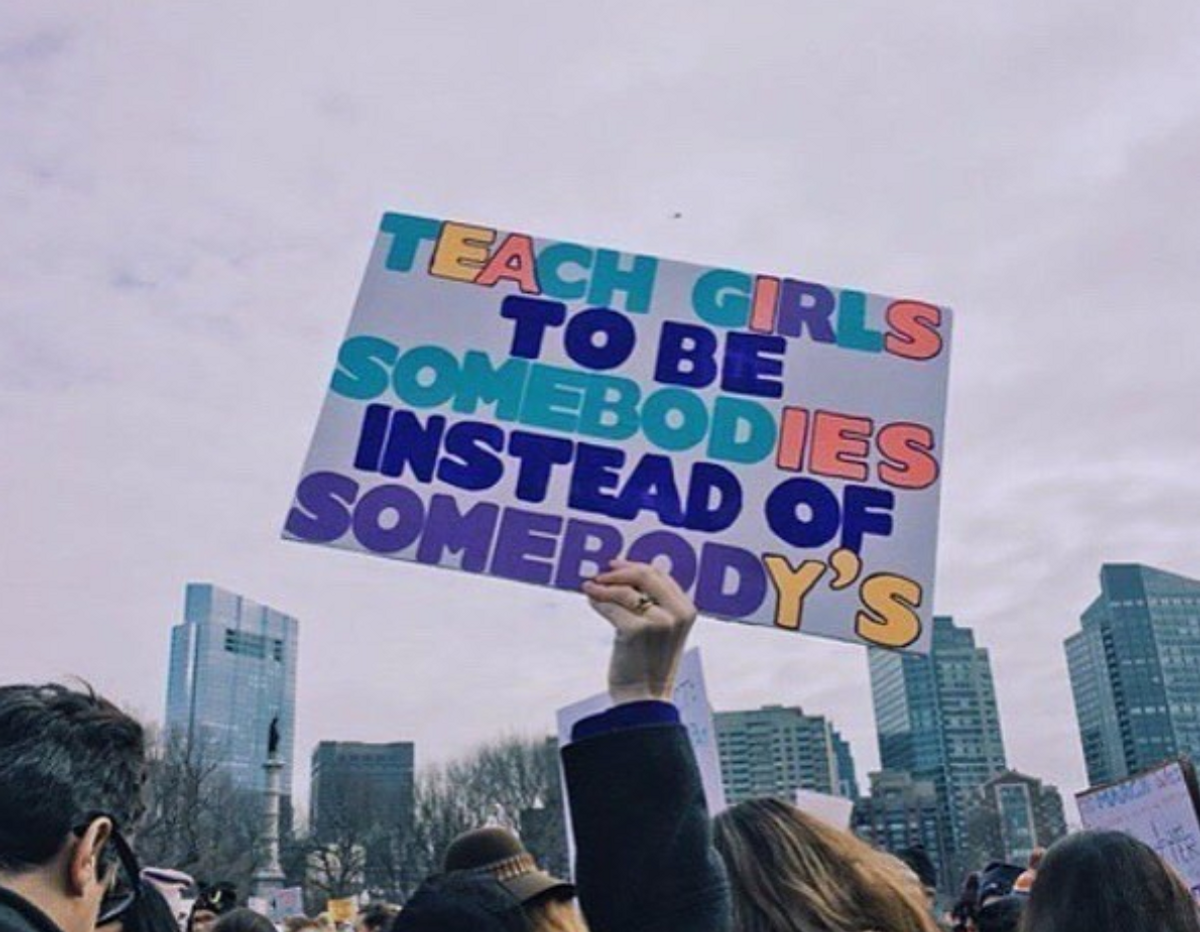 So, feminism. What is it anymore? Google defines it as "the advocacy of women's rights on the basis of the equality of the sexes."

In short, that definition sounds kind of complex. So, in other words, feminism is defined as the belief in which women share equal rights as men. But, society has ruined it. When the words "feminist," "feminism," "women" are entered into the white rectangular box under the big block letters of Google, results yet antagonize women informing readers that feminism is just a ploy of earning all rights of women, and disregarding men and whatever opinions that they have.

No. The old-fashioned meaning of feminism is now destroyed. Instead, everyone now is against feminists, and feminists of this era are too afraid to loom in front of the sidelines. Instead, most of them hide their noses in a book, afraid to express themselves in front of the general public.

But not me. Seriously. Although I get it...nowadays, feminists resort to those typical feminists in which we hide behind the men to express ourselves and blame it on the men. But acts like these will be persuading everyone to forget the true definition of being a feminist.

Real feminists give rights to men.

Real feminists stand out from the crowds and are confident in their will to change the world. Real feminists hold up picket signs during petitions and protests.

It is about equality, anyway. It is NOT about favoring one sex over the other. And it is most definitely NOT something that women use to gain attention on themselves.

How did I become a feminist? Well, growing up in a patriarchal family DEFINITELY did not help one bit. My mom and I were expected to take care of the house and decide on what we were going to eat for dinner.

On the other hand, my dad and my brother were free to do whatever they wanted. Whether that was surfing the internet or playing video games, their actions did not define the family as a whole. Yet one small mistake my mom or I made was to be ruining our reputation and could be used as a humongous excuse for rumors to spread through the community.

Sure, I may be exaggerating at that last bit, but what I'm trying to say is that the actions of males aren't treated as equal to the actions of women.

And sure, society is a male world. But that doesn't necessarily mean that women shouldn't have those rights as well.

Traditional people are welcome to argue with me on this one that throughout history, women were always regarded as the weaker sex, but this is the 21st century, shouldn't there be some changes?

In a world where anything is hypothesized to exist, can't women achieve the rights that are considered normal to men?