4 Reactions To My Saying That I'm A Writer

People's reactions to your professions are more telling than what you do. 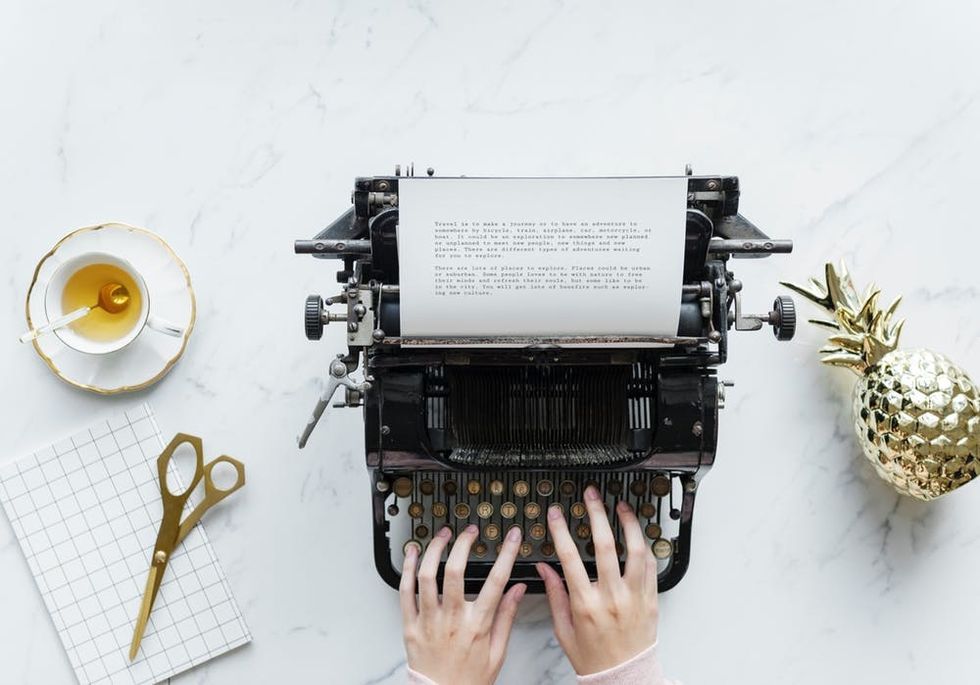 Saying that, depending on who's on the receiving end, can elicit a variety of responses. Concerned adults wonder if my career path is sustainable and if it will make make me enough money, people my age think I'm copping out, and kids are heavily impressed.

Regardless of the response, everyone enjoys weighing in on the decisions of a writer. Either it's words of advice to get the heck out or its creating multiple avenues with which you can possibly grow.

I appreciate the support that I have gotten from my family and friends in my decision to pursue language and writing. However, those responses still get me every time — mostly because they're hilarious. But, also because it seems that people feel the need to contribute more when you're career path is different from others.

1. “Do you think you’ll actually make money with that?”

Now, I'm not going to approach my career in a naïve way and say that I picked the most lucrative, six-figure-salary-right-out-of-college position. However, I highly doubt that, except for the most self-assured of us, most writers choose the life for monetary reasons.

However, it's untrue that one cannot make money in all aspects of writing. One can be a writer in marketing, can create content for Fortune 500 companies, and can make a lot of money tutoring. There isn't a black and white consequence of taking on a career like this.

2. “Isn’t it really hard to find jobs doing that?”

I'm also not going to lie to myself and say that I want to do something that is the most stable. Like I said before, it has the potential to be, but even then work isn't always the easiest to find as a writer. But, at the end of the day, you have to be willing to push just a little harder, put in more hours, and generate regular writing to be recognized further.

That merit-based system actually plays in favor anyways. Writing requires daily practice and the best part is that it is completely within my control if I will be making something. I have the privilege to know that I can dedicate a couple hours a day even while working towards my writing, and that itself helps me build a portfolio without the need of a gig.

3. “Do you really think you’ll make it in Hollywood?”

Well, thank you for the faith. Maybe? But, that isn't necessarily my immediate goal.

When I said that I wanted to write for a living, that meant that I'm going to be writing for publications, online media, or even coming up with content for a company's website. It could mean writing copy or tutoring in essay writing.

Although I would eventually like to be writing for an industry like the entertainment industry, that's not why I got into this. It's for the writing, itself.

You'd think, but this is the response I get the most. The genuine confusion of the state of my career. There are those who cannot actually fathom writing as a career at all. Most of them have heard of authors writing alongside their "real" jobs or people working in marketing, but not the position of "writer."

But it's in moments like these, that I actually love explaining what I do. Hopefully, the passion comes through and changes a mind by the end of the conversation.

I am proud to have taken on a field that can be a point of conversation and that isn't the most digestible. I can stand behind my decisions in an actual debate about the merits of my position and interests, but sometimes it's just more fun to hear people's comments about what I'm doing. It is also considerably different as there aren't as many people that look like me or with my background in my field.

So, if you're also in a career or a job where other people aren't sure what exactly you are doing and why, just remember that we're all out here on the same grind, the same hustle. You got this and in the immortal words of Patrick from 10 Things I Hate About You, "don't let anyone ever make you feel like you don't deserve what you want." Just trust your judgement and keep going. And laugh at the comments all the way.