Ratko Mladic Is Sentenced To Life
Odyssey
CurrentlySwoonLifestyleHealth & WellnessStudent LifeContent InspirationEntertainmentPolitics and ActivismSportsAdulting
About usAdvertiseTermsPrivacyDMCAContact us
® 2023 ODYSSEY
Welcome back
Sign in to comment to your favorite stories, participate in your community and interact with your friends
or
LOG IN WITH FACEBOOK
No account? Create one
Start writing a post
Politics and Activism

Ratko Mladic Is Sentenced To Life

Never again will this be repeated. 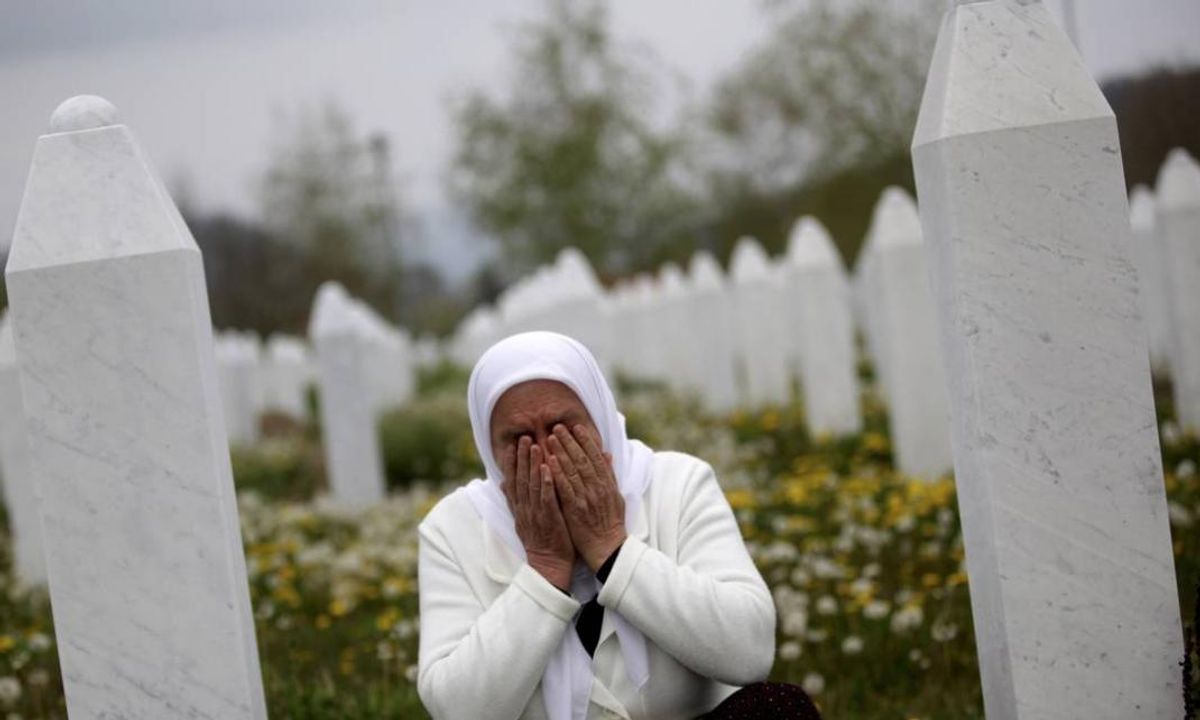 The Bosnian Genocide happened less than a hundred years ago. It's not something that happened in the distant past, it is a recent event. From 1992 to 1995, Muslims were attacked and targeted due to ethnic cleansing. These tactics of putting fear that Muslims were the problem. The same fear that is spread today and targeting Muslims everywhere. Ratko Mladic orchestrated these mass killings to "protect his people". There was nothing to protect. He lead forces to Srebrenica and Sarajevo, digging and filling mass graves. We were simply targeted. This was not a war because a war is two sided. We were simply attacked because of our religion and their goal was to take our land and never see us again.

This man whom they call a 'hero' is far from such. He is a monster and one that shows no remorse for his actions. He used his finger and even made an obscene throat slit gesture in the court room. This lunatic will never see daylight again. He was in hiding for a decade and was found in 2011 which now he has received his sentence. The "Butcher of Bosnia" will now be spending the rest of his life in prison. Just like he who put thousands in concentration camps, he will now be in a cell for the rest of his life and finally, be held accountable for his actions. Although justice did prevail, we must still live with what had happened and what is now in our past.

Forgiveness is difficult to give to someone who says they would do this again. It is difficult to come to terms with someone who has taken away families, destroyed our cities, burnt down our homes and chased us away from everything we knew. We had to start over. Forget what had happened for the sake of building a new life, home and a new normal. We had to flee with nothing in our hands or pockets other than the family that has survived. There are families that have lost fathers, mothers, brothers, sisters and everyone. Neighbors whom you have known your whole life turned on you due to this ethnic cleansing.

This should never be repeated. This should never be forgotten. This will be difficult to forgive. I cannot go back to my country that I might have called home because I still see the terror this man caused. I cannot feel comfortable when there is still hostility and anger from just my very presence. Buildings are in ruins and are covered in holes from the bullets that were intended for my family. Snipers that took family I have never met and now I never have the opportunity to. Others saying that what happened "had to be done" and that this was ordered from them. They were expected to carry these orders to destroy our lives and to kill and not leave anyone alive. What had happened will never again be repeated -- never another crime against humanity like this again.

QueenRadhi
The State University of New York at Stony Brook
149