The Ultimate Ranking Of The Shows In Shondaland
Odyssey

The Ultimate Ranking Of The Shows In Shondaland

#TGIT is back, but are all the shows really created equal? 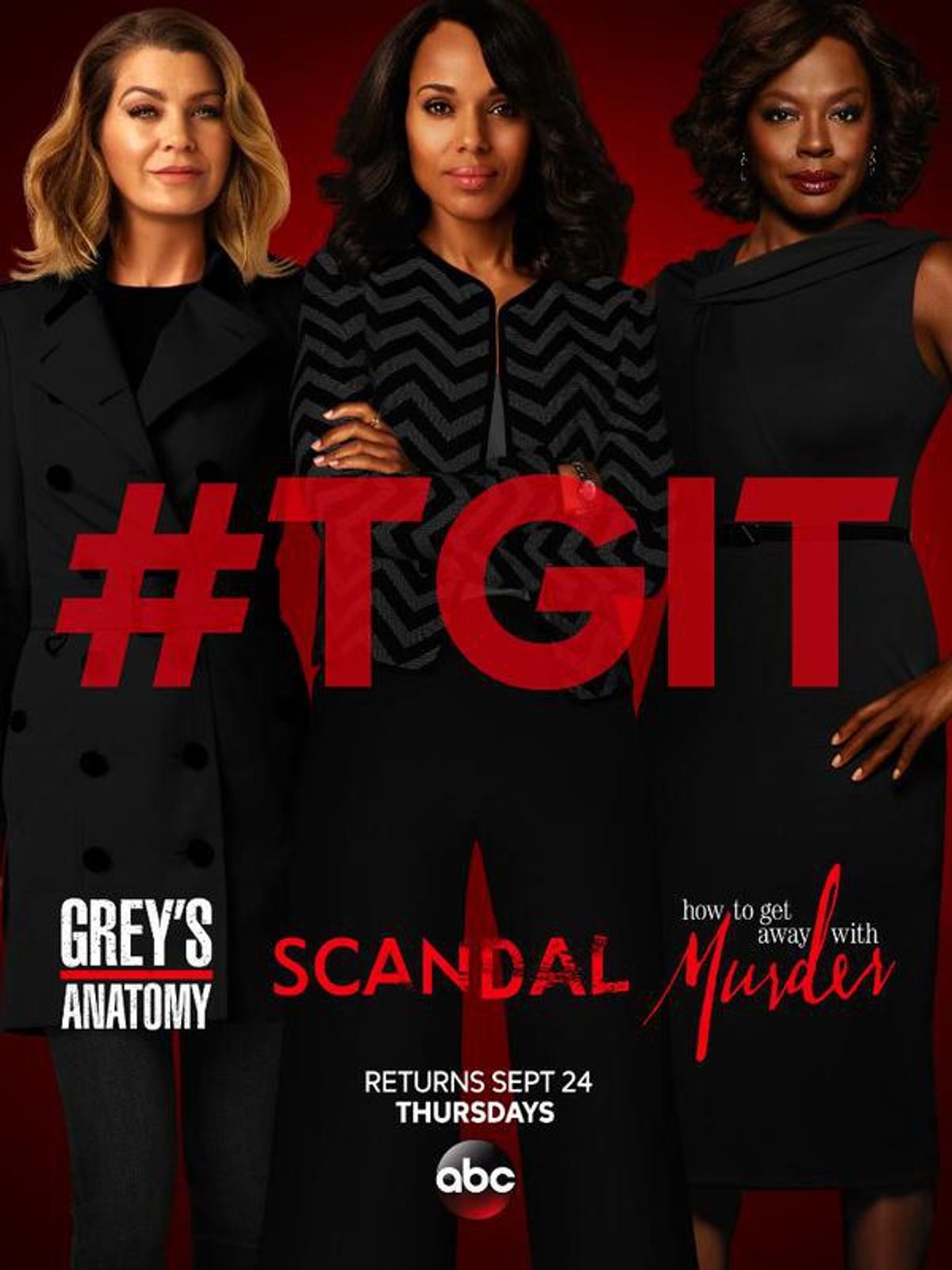 Fans of Shonda Rhimes were probably counting down the days until #TGIT nights returned to ABC. I was definitely one of those people, but when I was explaining Shondaland to a friend who hasn't seen any of the shows, I realized they are not created equal. Here are my personal rankings of the #TGIT shows.

Personally, I love Scandal. Olivia Pope is basically who I aspire to be: a very smart, professional woman who essentially runs Washington, D.C. and everyone in it. And the rest of the characters are just as good, if not better. Characters like Huck, Mellie, and Quinn are constantly developing in interesting ways and have backstories that give them a lot of depth. Sometimes, I'm deterred by the villains, like Rowan, but the fact that I hate them so much just draws me to the show even more. Another thing I love about Scandal is that it really makes me wonder, do these things actually happen in D.C.? I'm not sure that they do to the full extent that Shonda says, but I'm sure that there are people like Liv out there that are telling politicians what to say, what to wear, and who to support. Overall, the plot lines, characters, and scenarios in Scandal make it very compelling and one of my all-time favorite shows.

Grey's Anatomy is Shonda's classic show. It's been on for 13 seasons now (!!!) and has countless devoted fans. I do like Grey's, but in my mind, it doesn't compare to Scandal at all. The first problem for me is that Meredith is not quite the leading lady that Olivia is. She is very strong and intelligent, and has gone through a lot, but she's just not as successful in her field as Olivia is. It seems to me that these days, Meredith loses a lot of patients and isn't the interesting character that she used to be. Ever since Derek died, she's been a shell of her former self, and it has really affected the show. Additionally, the plot lines are getting stale. We all love Alex, sure, but the saga with his assault charges just isn't captivating in the way traditional to the show. The good points, however, are a) the interesting medical conditions and treatment methods Shonda simulates, even if they aren't always realistic, and b) the characters that we all can't help but love, like Arizona and Owen.

3. How To Get Away With Murder

I really wanted to love How to Get Away with Murder, and the first season had me glued to my screen. But after the first season ended, it went downhill. Annalise hasn't ever become very likable or interesting to me, and the supporting characters who I did like originally have all become pretty annoying. The Keating 5 have all become cynical, depressing characters, Bonnie and Frank have become a weird, shadowy Bonnie (ironically, two different Bonnie's) and Clyde kind of duo, and even lovable Oliver has become an emotional wreck. Sometimes, I can't even follow the plot of the show since there are so many things going on, and many of them wind up being more or less a dead end. Like really, what was the deal with the Annalise-is-a-murderer signs that ultimately went nowhere? If Shonda wants to keep people interested in this show, she's going to have to kick it up a notch.