Christians Raising Daughters To Be People, Not  Just Wives
Odyssey

To Christian Parents, Raise Your Daughters To Be People, Not Just Future Wives

Knowing how to cook and clean is great, but we need to be taught more. 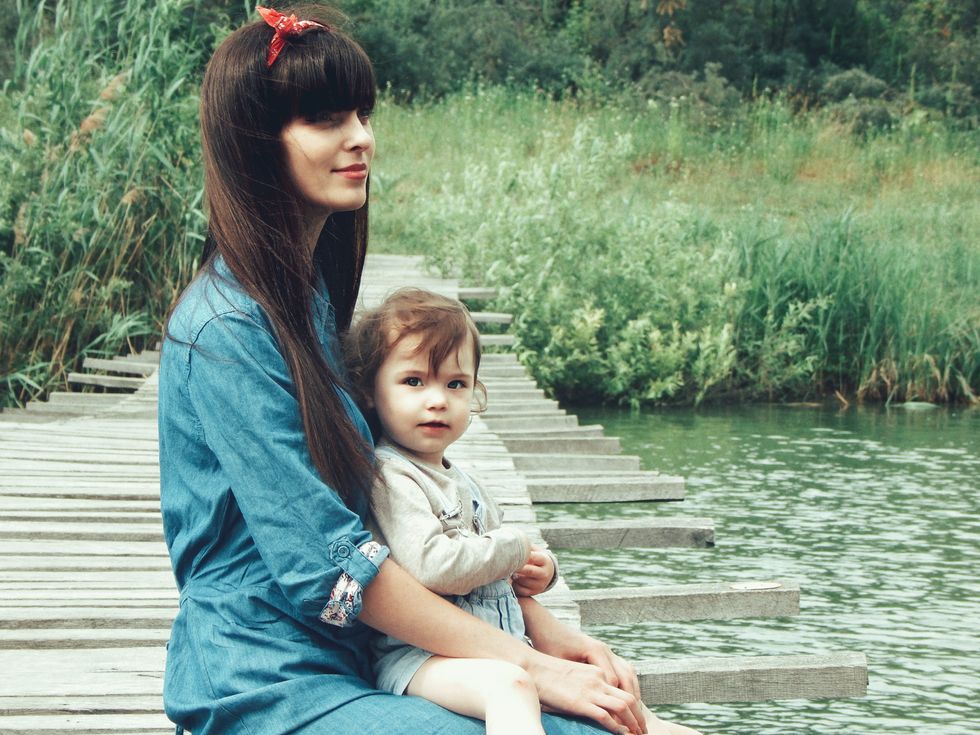 One of the things I love about being a believer is viewing marriage through the lens of a relationship with God.

There's a reason God calls us His Bride and chose marriage to best represent His relationship with us. Because as we get to fall in love with someone, we get to experience how God feels for us, both on the receiving and giving an end of that love.

We get to better understand that what we feel for our partner is a mere shadow of what God feels for us; and we can rejoice in receiving our partner's love, knowing we are simultaneously experiencing God's love.

And so marriage is highly valued in Christian circles, which is great! Because it should be.

But as is our tendency as humans, we can tend to swing from extremes. In this case, Christians can either undervalue marriage as divorces run rampant, or we can overvalue it, placing too much of our hope in it.

I've recognized the latter in my own life.

I've always wanted to be married, which I think is a God-given desire. Often, though, I've wanted it too much. I've subconsciously assumed that I'll get married and wake up happy and fulfilled. That I'll automatically be able to open up and be vulnerable if I could only find the right person. That if a man would only love me, it would disprove all my insecurities and fears, and I'd finally be whole again.

It's all hogwash, but it's been my reality for years.

And I see a lot of my female friends believing the same lies, putting way too much hope into the idea of marriage.

While there are myriad reasons for each individual to do this, being raised with the focus of becoming a wife and mother doesn't help.

I was homeschooled, and each year I took a character class which usually had to do with motherhood, Godly romantic relationships, or homeschooling my own future children. Fortunately, though, my parents placed a rather balanced emphasis on marriage and career.

Not everyone is as fortunate.

I know many women whose Christian parents raised them to be wives and mothers, and now that they're neither of those things, they don't know what to do with themselves.

When marriage is so heavily emphasized in a home, the daughters will grow up constantly on the lookout for "the one." It will consume their every waking thought and action, and so if they don't find it when they think they should, they might become desperate and settle for the wrong guy.

It's why I know teen girls who are disappointed because they always assumed they would get married when they graduated high school. In Christian circles, we hear stories of women who marry young, before they're even twenty. And we want that, too.

We all yearn to be loved and treasured, and if we're not finding that in Jesus first, then, of course, we're going to deeply long for marriage above any other relationship, including friendships.

Because some young women expect to be married by the time they graduate either high school or college, assuming the main thing they're meant to be is a wife and mother, they have never considered alternatives. So when God calls them to singleness, they're disappointed, disillusioned, and possibly even confused as to what they're supposed to do with their lives.

So if your daughters are consistently liking or dating guys who aren't relationship material or if they're obsessed with finding a husband and preparing for a family, putting more energy and thought into that than their relationship with God, then maybe you need to take a look at what you've encouraged in them.

Did you teach them to cook and clean, citing "being a future housewife" as the reason?

When your daughter expresses dissatisfaction with how she looks or any part of her body, do you assure her that her future husband will love that part of her?

Is the emphasis on remaining pure for a husband or for Jesus?

All of those things are raising daughters to be wives and mothers instead of being the person Jesus has called them to be, and the reality is that Jesus may call your daughter to be single—either for a long time or the rest of her life. And that's awesome! That's not a punishment!

But it will seem that way if we're overvaluing marriage.

Paul actually says in 1 Corinthians 7 that it's better to be single in the sense that then you can wholeheartedly devote yourself to the Kingdom; your interests are not divided. Of course, he makes it clear that marriage is good and not in any way a sin, and that both marriage and singlehood are beautiful.

I think that's where we're getting it wrong.

Singleness should be talked about so that it sounds just as beautiful as marriage because when it comes down to it, each are only beautiful if they're the Lord's will.

Not all marriages are beautiful. Only the ones that are the Lord's will. So if someone is called to a season or lifetime of singleness and yet try to force a love story, it's not going to be as beautiful as what the Lord had planned.

It's a season or lifetime of being undivided in your interests, a time of freedom and independence, able to pack up and follow wherever the Lord may lead without a second thought or concern.

While there are amazing married women of the past who opened themselves up for Jesus to do incredible things for the Kingdom through them—women like Elisabeth Elliot, Catherine Booth, Elizabeth Fry and more—there are other women who could've only served and sacrificed in the way they did if they were single. Women like Amy Carmichael, Corrie ten Boom, Jackie Pullinger, Mary Slessor, the women of fortune who almost single-handedly supported Jesus' ministry in Luke 8, etc.

So emphasize both to your children instead of one or the other.

Don't let them think that they're missing out or that something's wrong with them if God calls them to singleness.

In the practical sense, teach them skills so that they can potentially one day live on their own and support themselves. That includes cooking and cleaning, yes; there's nothing at all inherently wrong with either of those things.

But we daughters also need to learn how to check the oil in our cars, change a flat tire, jump-start car batteries, mow the lawn, do repairs around the house, assemble and move furniture, buy a house, etc. We need to feel confident that we can live life as functional, independent adults, just in case God ever calls us to a situation wherein we can't rely on someone else.

We need to be able to look at our bodies or aspects of personalities and love them, not because one day a man will, but because God does right now. He created us and loves every detail, and for us to be truly confident, our self-worth needs to rest on His opinion instead of anyone else's.

We need to know that if we value purity and die virgins, it wasn't in waste because we're not staying pure as a gift for our husband, but for Jesus.

Everything is for Jesus, and the emphasis should be a relationship with Him, not living for marriage.