Without R2D2, The Events Of Star Wars Would Never Have Happened
Odyssey

Without R2D2, The Events Of Star Wars Would Never Have Happened

R2D2 is the unsung hero of the Star Wars franchise. 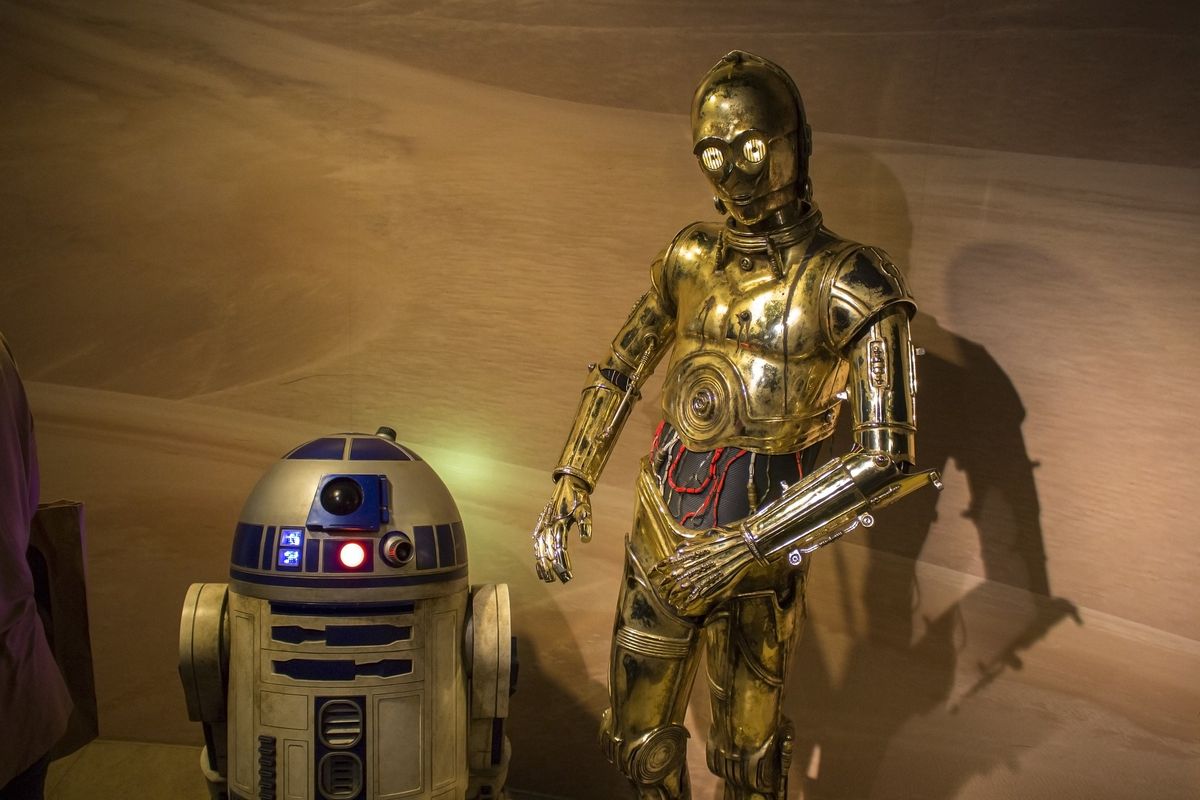 To say I'm a Star Wars fan is an understatement. My parents grew up on Star Wars and implemented their love for the franchise into my brother and me at a very young age. Movie nights in my family consisted of a wood burning fire, buttered popcorn. and binge-watching the original Star Wars trilogy, until my younger brother and I inevitably fell asleep on the couch. That night, I'd dream of becoming a Jedi like Luke Skywalker, flying around in space like Han Solo and being a badass woman like Leia.

Recently, while driving in the car with my boyfriend (who is also an avid Star Wars fanatic), he mentioned that although R2D2, Luke's robotic companion, is wonderful comedic relief, he didn't add much functionality to the overall plotline of the trilogy. I thought it over and realized that although my boyfriend is wonderful, on this front he is absolutely and irrevocably wrong.

My argument is this: Without R2D2, the entire Star Wars trilogy would never have happened.

Now, this sounds pretty weird, but bear with me, and I can tell you exactly why.

The backstory for R2D2 is pretty generic, which is why his capabilities within the movies are so amazing. R2D2 was manufactured as a maintenance droid for Queen Amadala's ship, a droid with basic capabilities When Queen Amadala and Anakin Skywalker were married, Amadala gave R2D2 to Anakin as a gift to keep him company on his adventures during the Clone Wars.

Later, after Anakin becomes Darth Vader, R2D2 stays on the light side, working alongside Senator Organa, and then with the resistance as a droid on Princess Leia's ship. This is the beginning of the original Star Wars movie, "A New Hope," and where everything important really happens.

At the beginning of "A New Hope," we watch Princess Leia try to deliver her message to Obi-Wan Kenobi by way of the droid. Although this is a valiant effort by the princess, there are a few problems with this plan.

1. The resistance has no idea if Obi-Wan Kenobi is even alive, let alone where he is

2. There are millions upon millions of miles of the galaxy to search in order to find Obi-Wan

and 3. Princess Leia's whole plan is based on relying on two droids to find an ancient Jedi Master, and convincing him to take on The Empire singlehandedly.

By the grace of the Force (and the magic of cinematic writing), R2D2 and C3PO miraculously land on the planet of Tatooine, a desolate, sand-covered planet home to Banthas, Jawas, and many other species, including humans. Once landing on Tatooine, R2 and C3PO are bought by Luke Skywalker to help with the harvest on his Uncle Owen's farm. This leads to one of the pivotal moments in the movie, when Luke Skywalker discovers Leia's hidden message to Obi-Wan Kenobi.

Intrigued by the message, and the beautiful girl crying for help, Luke goes to his family for advice on what his next steps should be, only to be told to wipe the droid's memory by his Uncle Owen. And so, like the clueless teenager he is, Luke goes to comply, only to find that the little blue droid is missing from the workshop. R2D2 has set out on his own to find the missing Jedi.

Although this may not seem like that big of a deal, we have to keep in mind R2D2's history, and specifically, his purpose during his creation. He was originally intended to be a maintenance droid, and therefore, is mainly focused on fixing things that are broken around him. Namely, the resistance against the tyrannous Empire.

The resistance is falling apart. Princess Leia has just been abducted by Darth Vader, the Jedi Order has all but disappeared, and the Rebels' last hope lies in the memory of a maintenance droid they have sent out into the galaxy. R2D2 realizes how dire their situation is, and sets off to complete his mission, and find Obi-Wan Kenobi. He rolls off into the desert of Tatooine, determined to find Obi-Wan, and fix the broken rebellion.

Eventually, R2D2 finds Obi-Wan with a little help from Luke Skywalker and sets the events of the rest of the series in motion. Luke realizes his destiny, and sets out to help Obi-Wan save the rebellion. But without the initiative of one little maintenance droid, the resistance would have been all but destroyed. Because of the utter incompetence of the humans around him, R2 realizes that he must take matters into his own hands, so to speak, and ensure that hope can be restored to the resistance.

Although Luke, Leia, and Han Solo may be the heroic faces of this epic franchise, their stories would never have been put into motion without the initiative of a little droid trying to do what he does best: fix what's broken, and effectively, save a revolution.