A Quick Summary Of the Harry Potter Series
Odyssey
CurrentlySwoonLifestyleHealth & WellnessStudent LifeContent InspirationEntertainmentPolitics and ActivismSportsAdulting
About usAdvertiseTermsPrivacyDMCAContact us
® 2023 ODYSSEY
Welcome back
Sign in to comment to your favorite stories, participate in your community and interact with your friends
or
LOG IN WITH FACEBOOK
No account? Create one
Start writing a post
Entertainment

A Quick Summary Of the Harry Potter Series 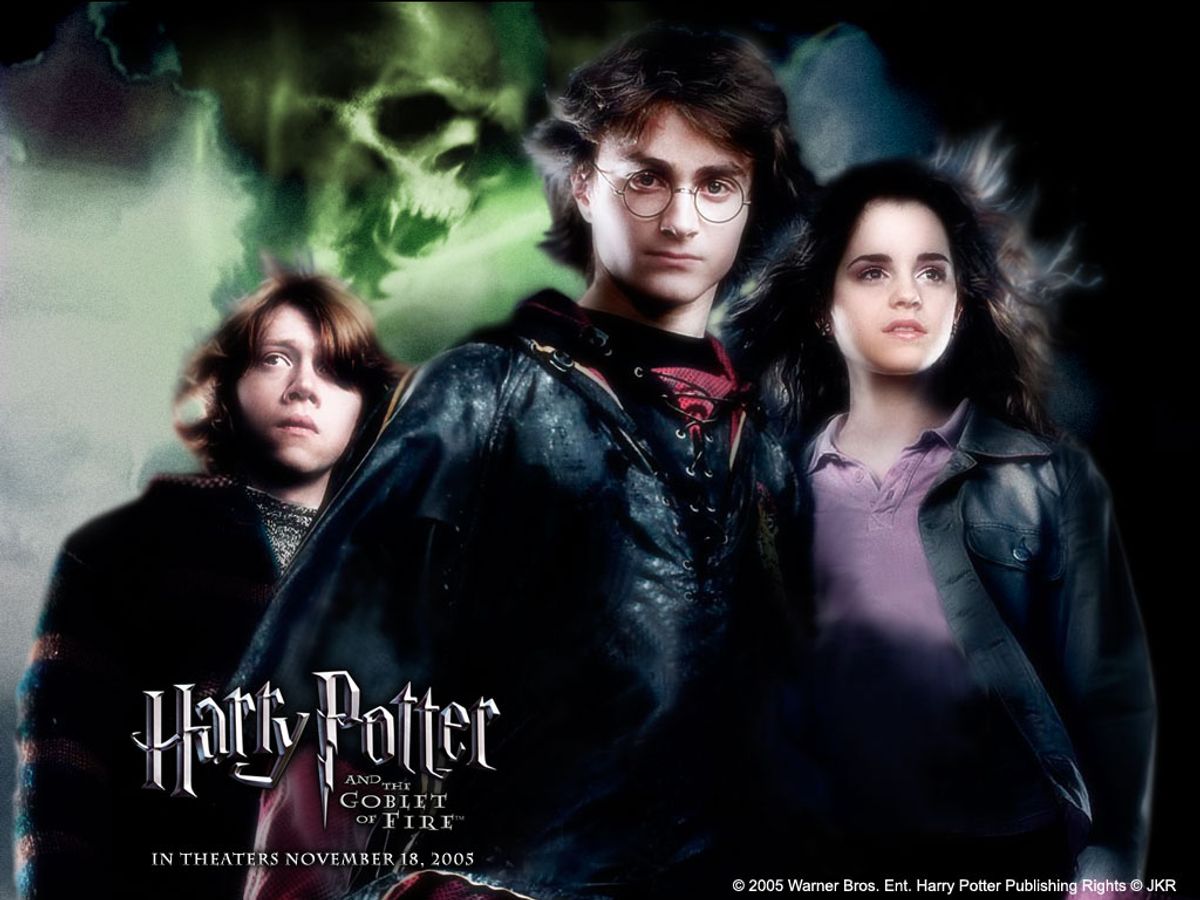 In honor of Harry Potter and JK Rowling's (belated) birthday, I thought I'd do a review of the series as a whole.

Harry Potter shapes an entire generation. It has become a household name and nearly everyone knows about the boy wizard and his two best friends, Ron and Hermione. The stories span seven years, coinciding with the seven years a student spends at Hogwarts. Specifically, these book span Harry's seven years at Hogwarts.

The first book begins at the beginning of Harry's life. Harry, at 15 months old, was orphaned and left on his Aunt and Uncle's front door. We learn that Harry is indeed magical, but his new family is not. Fast forward 10 years and Harry is a small, neglected, and shy 11-year-old who lives in the cupboard under the stairs. He is told repeatedly that he is not worthy of the Dursley's (his aunt, uncle, and rotund cousin) love. Suddenly, letters begin arriving for Harry. Despite the Dursley's best attempts, he learns of Hogwarts, the magical school in the UK, and decides to attend. Harry has many adventures at his new school, meeting friend (Hermione Granger and Ron Weasley) and foe (Draco Malfoy and Professor Severus Snape) alike. The first book is amazing alone, yes, but it truly serves to set the stage for the rest of Harry's education.

The second book begins at the Dursley's again. Harry is trapped without being able to contact his friends. Ron, however, soon comes to his rescue in a flying car. Harry travels to Ron's house and meets most of his family, three of his older brothers he knew from Hogwarts, his younger sister, and his father. The two go back to Hogwarts and learn the school is under attack, and his professor is unable to stop it. Nearly single-handedly, Harry fights to save the only home he's ever known.

We meet an incredible character in the third book; one of my absolute favorites. Professor Remus John Lupin steps in to take over the Defense Against the Dark Arts classes and quickly earns the students' respect. He is extremely capable in his field and kind to the students. The story traces the path of an escaped prisoner who is (supposedly) hunting Harry down, but in the end, we learn that no one is who they seem to be.

The fourth book begins with Harry's troubling nightmares. He learns of a competition at school that could result in a competitor's death. Despite age restrictions (one must be seventeen to enter the tournament, Harry is fourteen) and his own lack of desire to participate, Harry is forced to compete. People are mysterious around every corner and all motives are questioned- even Harry's own. The book ends with a spellbinding surprise, setting the darker stage for the last few books.

Book five definitely has a more depressed, melancholic mood. The book covers now feature cool colors instead of the bright vibrant colors that we've grown used to. Harry is exiled and ridiculed throughout the school. Very few stand by him, including the clumsy Neville Longbottom, Luna "Loony" Lovegood, Ron, and Hermione. Dumbledore, the headmaster who has always stood by him, will now no longer speak or make eye contact with him. The new Defense Against the Dark Arts teacher, who is replaced every year, is more than willing to single him out, partially due to her boss leading the smear campaign against Harry. Events in this book bring us hope, such as the formation of the DA (you'll have to read to see!) and the Weasley twins' exit, while others, such as the death at the end, make us realize the true cost of war because yes, the Wizarding World is at war.

The penultimate book details Harry's new life; he grows obsessed with taking down Voldemort and doing anything he can to assist. He also learns to cope with typical teenage hormones because, despite everything that is going on around him, Harry is only sixteen. Harry, now knowing from the fifth book, surrounds himself with his close friends, the ones who remained at his side no matter what. He becomes accustomed to death, as his friends learn of deaths nearly every day. The sixth book shows the world at open war before the end.

The final book begins with Harry's final days at the Dursleys' home, including their final goodbye. Loss begins early in the book, with Harry's beloved pet and trusted guardian both dying within the first couple hundred pages. Within a week, the Magical Government has fallen and Voldemort has taken over. Harry, Ron, and Hermione are now on the run hunting for Horcruxes- magical items that keep Voldemort alive. The only issue with these Horcruxes? They can be anything- a football or a dolphin even. Harry faces death multiple times through the events of the book with the final time culminating in a questionable yet still explosive ending that rocks the Wizarding and Muggle world alike.

Nicole Marie Nigro
Individual Creator
1637
c1.staticflickr.com
Where to start...... Let me start with the cliche that life throws us curveballs and what we do with it is what counts.