Put Your Phone Away And Live In The Moment
Odyssey

Put Your Phone Away And Live In The Moment

If you don't pay attention, life can pass you by, just like that. 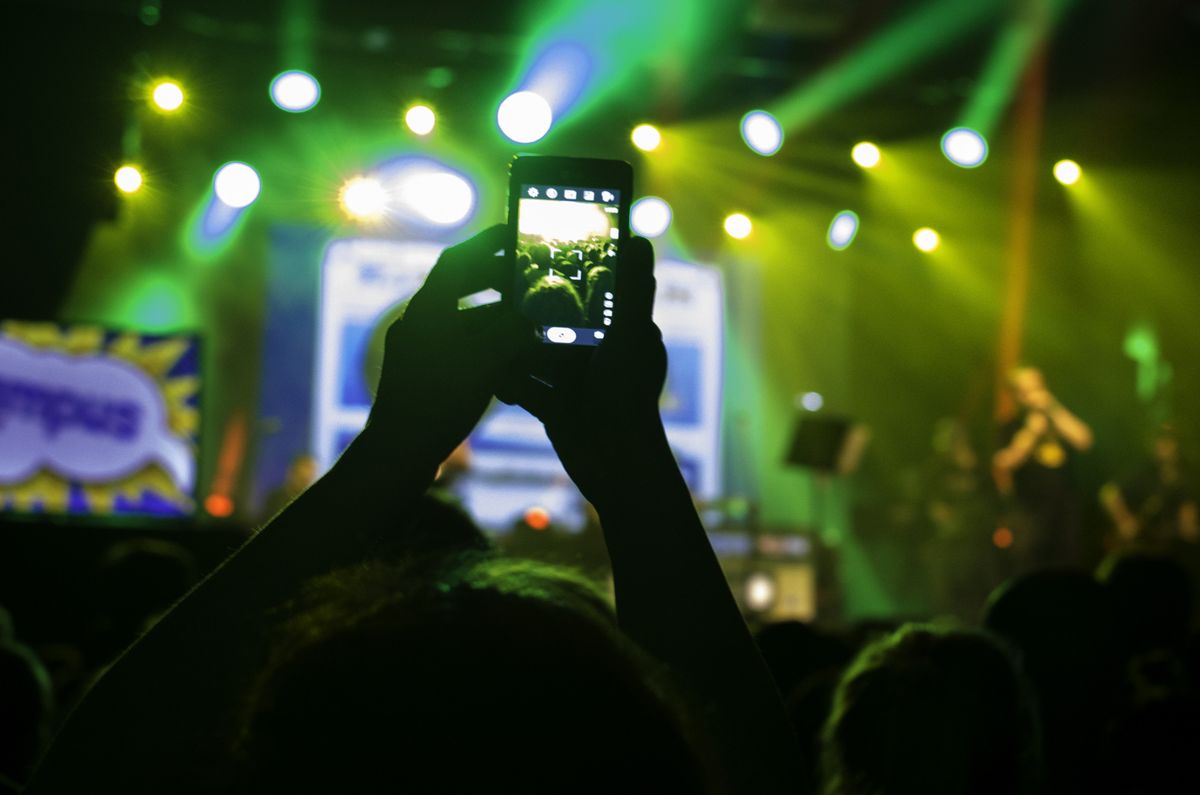 I received my first cell phone when I was 10, and most people my age either received one around that age or during middle school.

Most of us started with a flip phone, which was then upgraded to a slider phone with a keyboard and eventually we hit the big leagues when we were gifted with our first iPhone. It's crazy that I wasn't allowed to text or play on the internet on my first cell phone or the bill would skyrocket, and now you can't even find a cell phone without high-tech features or emojis.

Cell phones have become such a staple in our lives that they go everywhere with us—the mall, the grocery store, parties, our friend's house, class, work etc. We rely on them so much that we feel as if we have to document every moment of our lives and share it with the world on our social media pages.

As soon as my dad and I approached the entrance, we noticed signs posted on all the doors and windows explaining the ban on cell phones during the concert. I was shocked but I didn't think the venue would actually enforce this policy. Wrong.

During both opening acts, there were multiple employees and police officers roaming the theater looking for people using their phones—and I'm not just talking about a tap on the shoulder; I'm talking about police officers ushering people out the door because they violated the venue's policy. They were eventually allowed back in, but they weren't holding a smartphone this time. In between both opening acts, a woman tapped on my dad's shoulder and asked him to finish his text message and then put his phone away; she did the same to multiple people.

In a world that relies so heavily on smartphones and technology, it was a unique experience sitting through two opening acts and looking around the theater and not seeing a single smartphone in site. People weren't trying to be sneaky about it either; everyone just watched the show and lived in the moment.

I'm not sure why cell phones weren't allowed during the opening acts (probably at the discretion of the artists), but they were allowed during Brett Eldredge's performance. While there were a few people taking Snapchat videos, taking photos and posting on Instagram during Brett's performance, most people kept their phone in their pocket and just enjoyed the show, my dad and me included (although I absolutely had to take a picture when Brett brought his dog Edgar Boogie on stage; I'm a huge fan, okay).

Seeing a concert where cell phones were banned for a majority of the show was a very unique experience. It reminded me how much I and the rest of the world use our phones, and it was especially prevalent when a woman argued with a venue employee over the fact that she couldn't use her phone during intermission.

I enjoyed this concert more than any other concert I have ever been to—not just because Brett Eldredge is one of my favorite singers, but because it was the first concert in such a long time that I was fully present; I wasn't tweeting or texting or taking a million photos with horrible lighting, I was just enjoying the music and the light show along with thousands of other people who love Brett Eldredge and country music.

I hope other venues and singers follow in this direction, because there's nothing better than a clear view of a performer without someone's iPhone blocking your view, and there's truly nothing better than living in the moment through your own eyes and not your camera.

Put your cell phone down every once in a while. Either leave it on the charger, stick in your pocket or keep it in your purse; keep it somewhere that it's not going to distract you. Life is short and it moves fast. In the blink of an eye everything can change. Within two months or five years, everything might be different.

Take a break from social media, put your phone away and just enjoy life around you; enjoy the people, the animals, the trees, the flowers, the sun, the sky, food, concerts, parties or whatever else makes you happy. Live in the moment. If you don't pay attention, life can pass you by, just like that.

"Pictures or it didn't happen" isn't a valid caption because it's not true. You don't have to document every single moment of your life to know it happened. If anything, you'll remember it more because you're fully presented and don't have something buzzing in your hand every five minutes.