Social Media Is A Catalyst For Sensitive America

Social Media Is A Catalyst For Sensitive America

We are a strong nation, so why are we allowing emotion through social media run this country? 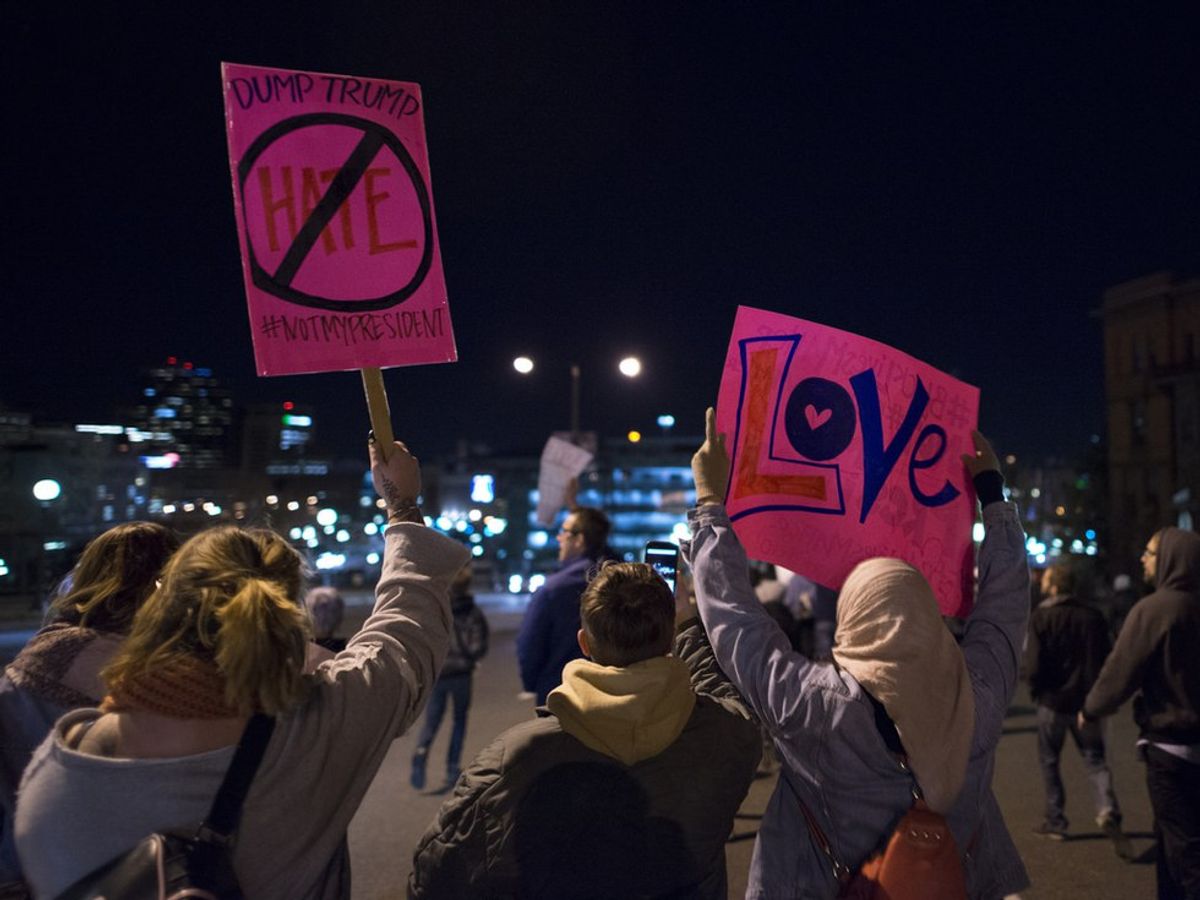 As change in America approaches, it's about time that we stop spreading sensitivity through the internet.

Considering the way millions reacted after the election there will be an outpour of complaints, judgments and, who knows, maybe more flag burnings and riots. Americans will exercise their rights to free speech and “peaceful” protest as they please. And that’s fine. If they’re willing to degrade our nation because they don't get their way, that’s their prerogative.

However, the problem is this: social media channels are making it worse. Facebook and Twitter have become some of the most influential news providers. I use the word "news" lightly because our country's very sensitive way of thinking frames the way this news is created.

Facebook's new algorithm will stoke this flame by only boosting articles based on the amount of "likes" and "shares" they receive. Seeing that it's easier for people to connect and engage through complaints, Facebook, and other social media channels that adopt a similar algorithm, will soon be the strongest (if they aren't already) catalyst for a more sensitive America.

A Strong Nation Should Not Be Coddled

Since when do our emotions and the way we feel personally have anything to do with the success of our country? Why are we so scared to hurt each other's feelings, and why have we become so afraid of ugly truths? We can't say or do anything these days without hurting someone's feelings. We promote All Lives Matter, and African Americans call it racist. We don't want to pay for the welfare of illegal immigrants or non-working, capable citizens, and that's wrong and hateful according to the masses. It's time to stand up, people. It's time to rise. Dust yourself off, grow a little backbone, and start making a positive mark on our amazing country.

Sensitive America is a major problem. And quite frankly, it’s going to get worse. As we move forward and Donald Trump’s inauguration and 4 years of presidency approach, there’s going to be a lot of whining, specifically on social media. People are going to get mad (again) and spread negativity all over the internet. And guess what? It gets nothing done, nor does it promote change. It’s pointless. Yet, close-minded and opinionated people will come together because social media promotes connectivity between the like-minded, a disconnect between opposing opinions. So get ready for the sharing of more flag burning and rioting videos, articles calling for another re-count, and posts about people threatening to leave the country. Get ready for sensitive America to take over social media, once again.

Even colleges are giving in to a more sensitive America. Universities all over the country canceled classes for “mourning” students after Trump won the election. I’m sorry, but I that was absolutely ridiculous. Taking away time for education to mourn the election of a new president is just unacceptable. If a student felt that they were too distraught to attend class, that’s perfectly fine. Let them waste their time and money. But officially canceling classes promoted immaturity and disrespect for our President Elect. These stories went viral all over Facebook and Twitter. Some agreed with the Universities' choices and some did not. The problem with this is that those who agreed promoted the ludicrous reasoning behind taking away educational opportunities for students who wanted to learn. This ideal was then spread through sharing, "likes," and commenting.

It's like a domino effect. Social media should never be a platform to promote coddling emotions over education.

It Might Be Unconventional, But Wikileaks Subverts Culture of Sensitivity

I’m sure many remember the issue between Hillary Clinton and Julian Assange. In case anyone does not know, Assange’s WikiLeaks published about 30,322 emails from Clinton’s private server. Clinton then threatened Assange and Wikileaks on the grounds that he was aiding Trump in the election. Here's what America should take away from Assange: he wasn't in favor of either candidate. That being said, no emotions were involved in the publishing of these emails. He published the truth, regardless of how he or anyone else felt about it. He didn't care if he upset anybody with this information, he cared that the truth was known. This is what we should be doing on social media. Instead of getting upset about the truth, embrace it. Rise to the occasion. Assange saw an opportunity to explore fact, and he took it. We have got to stop letting our emotions drive the way we share information. I'll bet you Clinton did some whining over the release of those emails, but guess what? Tears and complaints didn't change a thing for her, so spreading them all over social media won't do a thing for sensitive America either.

What We Need To Do

It’s easy. We need to grow some thicker skin. As a nation, regardless of what is going on around us, we must rise to every occasion. We can’t hide behind our hurt feelings and emotions. There is no way to please every single person in America. That’s quite obvious.But we need to use social media for what it's meant for: to connect. It's not meant for crying over spilled milk and looking for people to cry with us. So as we grow closer to change, it's important to spread positivity through our profiles. Social media doesn't have to be a catalyst for sensitive America if we, one: stop being so sensitive, and two: don't let it.
Report this Content
This article has not been reviewed by Odyssey HQ and solely reflects the ideas and opinions of the creator.