I Am Proud To Be Greek
Odyssey

I Am Proud To Be Greek

And I am tired of the stereotypes. 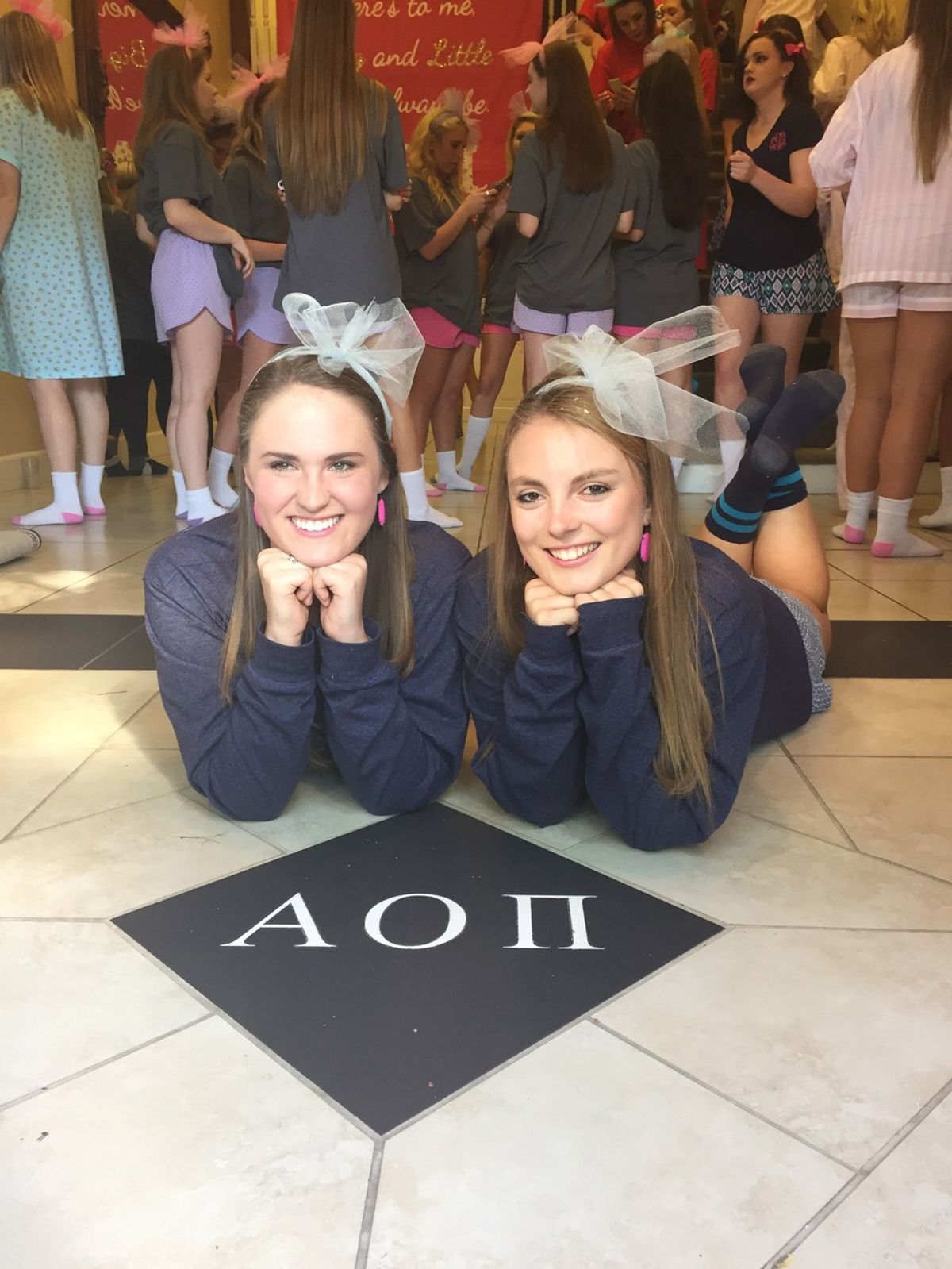 I had heard about it happening to people, but it had never happened to me. At least not until this past week. I was sitting in class minding my own business when I heard a few girls talking next to me. One was talking about an article she wanted to write for the class that would discuss her views on Greek recruitment and whether or not she wishes she had gone through it her freshman year. She admitted that sometimes she wished she had joined a house. Then I heard the comment from another girl, “No one should ever rush. Greek people are just rich, stupid, annoying brats that party. I wish OU didn’t have them here.”

I sat in silence staring at my paper in front of me, trying to hide the shock I felt. I couldn’t believe she had said that. So bluntly, so openly, so rudely. The class was small, and I was the only one that participated in Greek life in it. Suddenly, I felt unwanted and like I didn’t belong.

I knew the stereotypes of Greek life before I rushed, but I also knew the truth about being in a sorority because of my older sister. I knew it would help me make friends easier, especially being thousands of miles away from home. I knew it would get me involved, I knew they were involved with charity and tradition, and I knew I would love it.

I do love it. I am proud to be Greek.

Greek life is about charity, family, ritual and education. I have girls in my house that plan on being doctors, lawyers, surgeons, etc. These girls aren’t stupid.

I know girls that are working and going to school full time, paying to be part of the organization on their own. They aren’t rich.

I know girls that would drop anything and everything to help me if I needed them. They aren’t brats.

I often go to the gym to play basketball with guys. Often times they tell me, “you don’t seem like a sorority type.” I wasn’t sure what to think of that at first, but then, I realized while they thought this was a compliment, I took it as an insult. What does a “sorority type” mean? Girly? Rich? Fake? I don’t know. I guess girls involved in the Greek organizations aren’t supposed to be able to play a sport? Or maybe people outside of Greek life aren’t supposed to think we are cool? Maybe I’m not supposed to be a normal human?

Greek life is just one part of my life. A big part, yes, but it doesn’t define me. It doesn’t make me act a certain way. In fact, I haven’t met one girl that fits this so called stereotype. We are all just girls in college that happen to be involved in a big organization.

Being in a sorority is about being accepted. Being who you are and showing you that you are loved and wanted. Going through Recruitment, you learn that you end up in the house you belong in. The house becomes your home away from home, because we all rushed for the same reason; to make life long friendships. To become sisters. My best friends are in my sorority. I haven’t changed. I’m still a tomboy. I still have friends outside of Greek life. I still play basketball, guitar, and I don’t like the color pink. I’m just myself and so are they. But having this house in common is what creates our friendships and our wanting to be friends. It’s the first thing we have in common and makes friendships a lot easier to make while attending such a big university.

I love it. I love living in my house, I love going to chapter, I love having a ritual and history within my house. I love the best friends I have made because of the house. We are just normal people that are part of a bigger organization. We all care for our houses and for one another. I am Greek. I am a tomboy. I am Clara Linhoff. I am just myself, and I am proud to be a part of such a wonderful organization.

Caitlin Marie Grimes
University of South Florida
10810
Beyond The States