The Pros And Cons Of Gun Control
Odyssey

The Pros And Cons Of Gun Control

America has a problem, but are guns the solution? 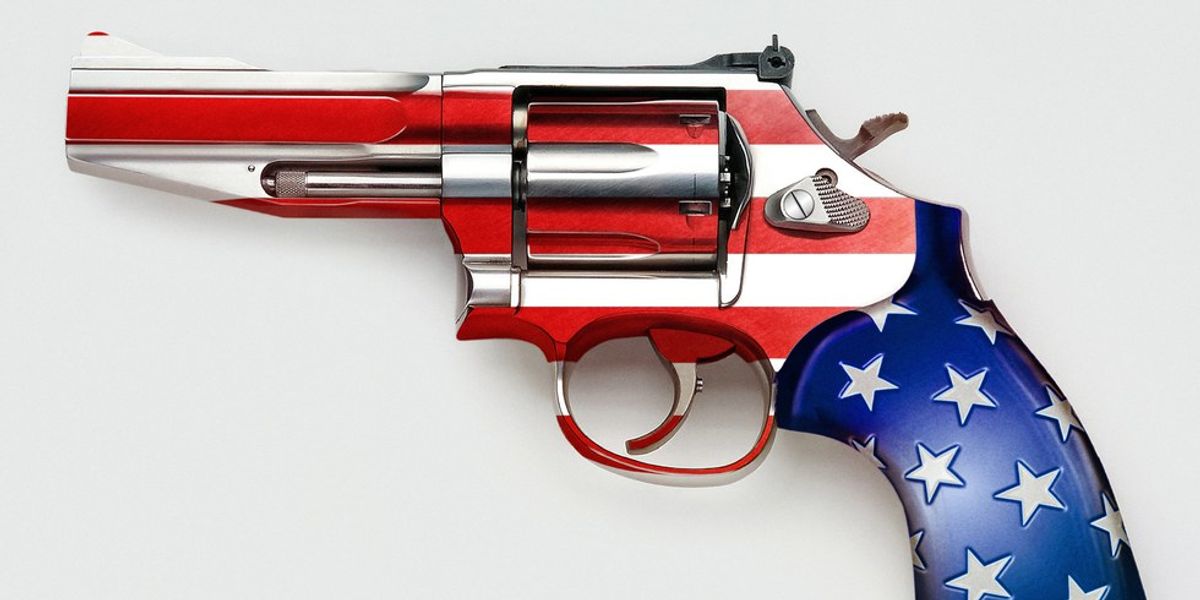 In the wake of so many mass shootings, it should come to no surprise that the discussion of whether or not guns should be banned arises once more. There are an abundance of sound arguments on both sides of the spectrum that it's hard sometimes to blatantly stand for one over the other. So, in the name of being open-minded, here are two pros and cons for both sides of the argument.

It varies by country, but as a general rule, if guns were harder to obtain, then there would be less guns lying around and therefore less shootings. Children, teens and those suffering from mental illnesses would no longer be able to access their parents and friends guns if guns were made difficult or near impossible to purchase by the public. This is an argument that we have all heard time and time again. I certainly have wondered from time to time how many school and university shooting could have been prevented if only these teens and young adults didn't have access to guns. So, I looked to Australia , a country with virtually no gun violence. A place where guns are practically impossible to purchase since Australia passed strict gun laws in 1996. Which does come with some perks, but also cons which we'll look at in a second. There are many mixed opinions as to whether or not their strict laws helped or harmed their society but the fact is: they did it and it is important to study how if we are to do the same.

In the USA -- or at least the South -- we have something called a gun culture. It has been this way since people first migrated here and settled in the valleys and mountains that run through this part of the states. We have gun shows and hunting ranges, and during most of the year I fall asleep and wake up to sounds of gunshots as hunters go after the abundance of deer and turkeys that populate this area. It is a part of life, but it comes with its drawbacks. Just yesterday, there was a story on the news about a woman who was killed by a stray bullet as she was in her backyard gardening. The gun culture here causes a lot of accidents seeing as firearms and hunting rifles are accessible to young kids and teens. Not to mention the irresponsibility of adults, which contributes to a lot of deaths here in my state. Everything from stray bullets, declination of wildlife or even the rare occasion of someones gun literally backfiring as he or she is trying to clean their weapon! The fact is, accidents happen and a lot of them could be eliminated if the South's love of guns were to cease existing.

1. Supply/Demand Will Increase in Black Markets

While the pros of gun control are very good points, we've got to consider something that is as American as it gets. And that is the fact that here in America, we want something when we want it and we will do anything to get it. So, if guns were banned, or if we followed the path of Australia with strict gun laws, well, it doesn't seem possible. The people who wanted access to guns would get them one way or another. Like in the Paris 2015 Attacks where the guns were smuggled in from Phoenix, Arizona.

Yes, gun violence would decrease, we see prime examples of that in countries like Japan, that made the list for being one of the safest places in the world as far as crime rates go. But in other places like Australia, there was an increase in violence involving alternative weapons.

Gun control has worked for many countries and failed for others. The best thing America can do is look at the facts, compare stats, and then decide what path to take from there. Gun control has it's appealing aspects but no plan is perfect. It's really up to all of us to decide the lengths we are willing to go to end gun violence in America.

1. Citizens Are Able to Defend Themselves

In case of a shooting, citizens are able to defend themselves against threats and possibly save countless lives. We see a good example of this in Switzerland where most of it's citizens own guns. And I suppose it makes sense. If someone were to go into a theater and start open firing, there would be a pretty good chance that he/she would get taken out by one of his/her would-be victims who also had a gun. Again, it really depends on the country.

If guns were made more accessible, we'd know more about them and how to responsibly handle a firearm. We would have more confidence in our ability to defend and protect ourselves. Guns, after all, are just inanimate objects and aren't something to be feared.

On the other hand, people aren't always aware of their surroundings while operating a firearm and accidents are bound to happen if given the opportunity. If guns were more accessible, accidents would be more likely to occur.

This ties in with the first one in a way. People are irresponsible, accidents happen, cabinets are left open, children are left unattended and guns are left lying around because some people have no regard for safety.

Maybe people can't handle guns being so accessible. People are irresponsible and don't have high regard sometimes for the lives and/or safety of others which brings me to my next point.

There really is only one reason, and I think that will always be the only one. Fact of the matter is, we don't value human life. This is not something new, it has been this way long before guns and will continue to be this way long after. We keep on finding better ways to kill one another and that has been going on for as long as there have been humans to kill. We are not kind to one another and I have no idea why. There are stats on how often we do it and where it occurs but there is nothing on why it happens and how to solve it.

We are becoming immune to gun violence and violence in general, and the only thing I could come up with is that we do not know how to adequately respond. How does one begin to mourn? How can we stop this? How can we be better? I don't know and I'm not sure any of us really know. That's why there are two sides to this argument and after extensive research, I am not entirely sure which side I agree with anymore. It's a problem of the heart. Our hearts are broken, we don't know how to stop and we don't know how to begin.

How do we change?

Can we even change or is it too late?

Change begins with us deciding what we are going to do to make the world around us better. The question is not whether or not we should ban guns but rather how do we learn to value human life?

What do you think?