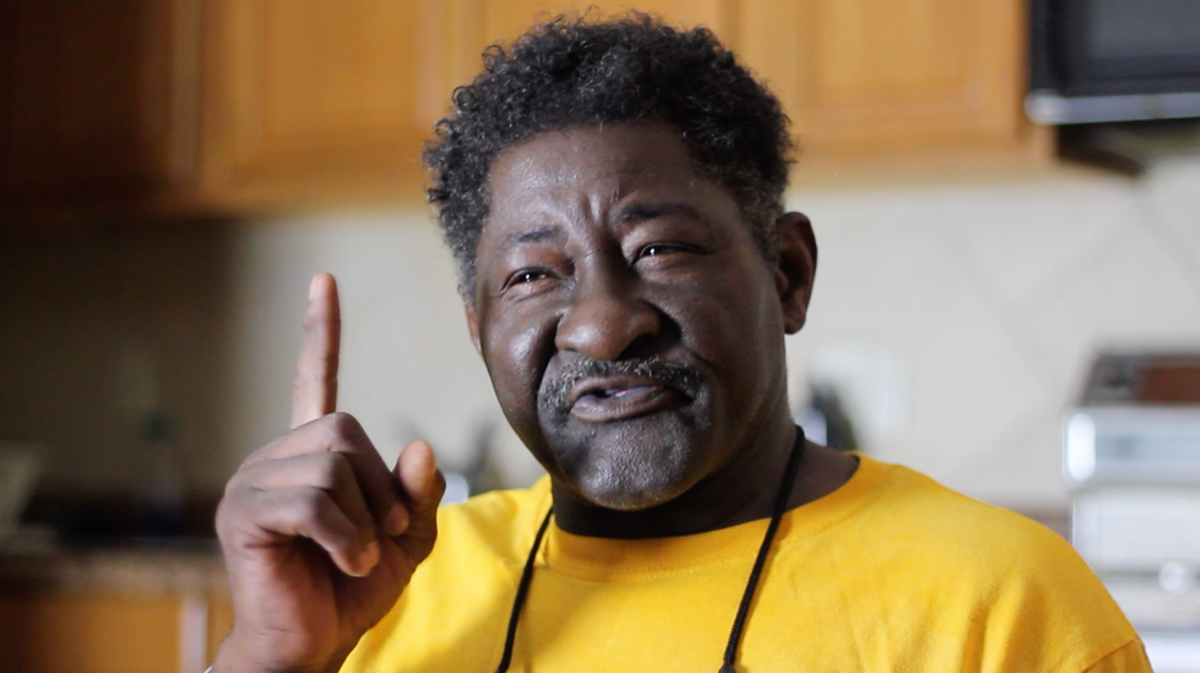 Walter is a man who has seen it all.

He grew up on the South Side of Chicago as one of seventeen children in an underprivileged African-American family, and since has taken tours overseas with the military, been put on trial for a crime he didn’t commit (twice), published a poetry book, and, for the majority of the past decade, been homeless.

But what’s truly remarkable about Walter is his outlook. See, he’s someone who has every right to feel sorry for himself, to pity and curse the state of mankind, to give up on life. But he doesn’t. Walter represents the lowest of society, the 'anawim', yet his outlook is among the most positive and inspiring.

As he says, “The message of Christianity, the only message, is helping others.” And he truly does, too, volunteering almost every day, not wasting a moment of the time he has left. Walter also often quotes his mother, saying, “If I can help one somebody, maybe my life will not be lived in vain.”

I had the opportunity to meet with Walter several times over the past few months and film interviews as part of a thesis project that delves into topics of social justice and spirituality, specifically in regards to Walter’s life and journey. Throughout my conversations with him, I noticed a common trend in his consistent efforts to put his entire energy towards what he believed to be right. Also known as Magis.

The Jesuit concept of Magis has been passed down through my family since the days of my grandfather’s uncle, Fr. Edward Surtz, SJ, a former department chair at Loyola University Chicago. Centered on the theme of “doing the most good”, I consider it to be at the core of the philosophy Walter demonstrates. It consists of doing anything and everything possible to make the surrounding world a better place, despite knowing it may never be complete.

Walter puts it this way:

Perfection is a product of this world’s fantasy,

Progress is a stable core of life’s reality.

In various phases of life you work to get it right,

Expecting results that will make life easy and bright.

But, you must beware for Perfection isn’t there.

Step-by-step, you must Progress if you dare.

Wanting Perfection is Ok to run through your mind,

But your goals will be reached through Progress in time.

Not reaching Perfection may cause you to stop

While Progressing step-by-step, you may take a hop

Progress over Perfection you must continue to try

Life will be better until the day you die

The social injustices that inhibit our society may never fully disappear, but we can always “progress”. In my own life, I’m committed to doing anything and everything I can to enact positive change in the world around me. We all have been given the gift of life, and we all have the duty to do something good with it. It's an opportunity, a blessing, a special responsibility granted to each human being by God out of love. Thus, the Jesuit principle of Magis is centered on making the most of this gift, and using it to make a positive difference in the lives of others. It's doing anything and everything possible for Christ, and, in turn, the world.

My experience meeting, connecting with, and chronicling the life of Walter has instilled in me a deeper understanding of my own intent and purpose on the earth. It’s rare to meet a man who owns nothing more than a high school diploma and the clothes on his back, yet possesses more wisdom and experience than the vast majority of society.

I’ll be praying for Walter the next few months as he travels to Chicago for his next hearing. He’s struggling with transportation costs, especially after the last few scheduled times have been cancelled in favor of “more important cases than the black homeless man”.

I figure my prayers are about the least I can do. Not much, but something. Something to help a fellow human being worthy of love, justice, and respect.

My prayers are progress, not perfection. To me, that’s social justice.