Pardon You, Mr. Trump, But Your Pardons Are Bullshit

It baffles my mind to think that a sitting president would contemplate pardoning a citizen that has not been accused of any wrongdoing. 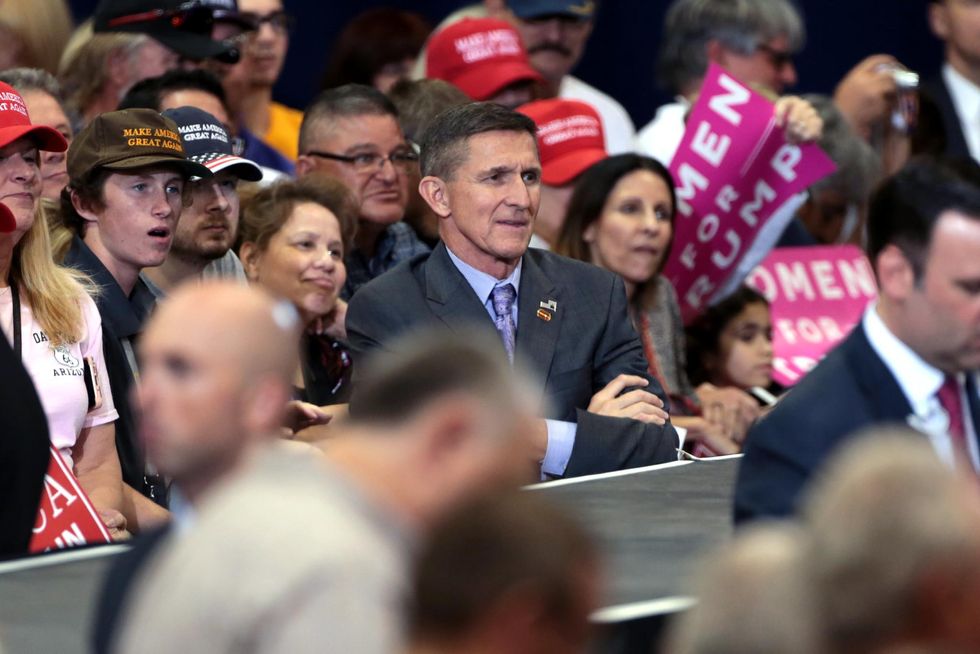 Last week the current resident in the White House pardoned another one of his cronies. Michael Flynn, a retired United States Army lieutenant general who served the first 22 days of the Trump administration as national security advisor. He was accused and pleaded guilty to lying to the FBI when asked about his involvement with communications with the Russian ambassador to the United States, Sergey Kislyak.

According to the New York Times, Trump is also considering pardons for Rudy Giuliani, the Trump family, as well as himself. It baffles my mind to think that a sitting president would contemplate pardoning a citizen that has not been accused of any wrongdoing. Isn't that a little like putting the cart before the horse?

What I have gleaned from my research on this matter, is unprecedented, to begin with. Which, under the circumstances, we could all see coming because these past four years have been unprecedented as well as unexplained by the average American citizen.

The fact that it is a popular news item and has been dissected and discusses to the extent of ad nauseam is par for the course. One law professor says they can, another says they can't, one legal expert says it isn't legal, another says there is no law against it. But all agree it puts the people being pardoned in a place of guilt without penalty.

We should all be concerned that this elected official and his family and cronies have broken the law while serving the people. We should want the same due process any other criminal or accused receives. However, if this country is going to heal not only from the pandemic but the waste and misrepresentation this administration has displayed, maybe we are better off letting the sleeping dog lie.

I recall when President Gerald Ford pardoned President Richard Nixon, another president that tarnished the oval office. It was very controversial because Nixon contended he had done nothing wrong. But Ford insisted Nixon take responsibility in exchange for the pardon.

What is interesting about this exercise in pardons, is the president has the power to pardon federal charges, not state charges. This means if Trump pardons all the president's men, it does not prevent the states from filing charges. That pardon or the granting of clemency from state prosecution comes from the sitting governor. I am confident that Governor Andrew Cuomo of New York is not willing to put pen to paper and do that for Trump.

For a bit of history, the first presidential pardon came from our first president, George Washington, issued on November 2, 1795. It is a case that involved two men accused of treason, for rebelling against a whiskey tax, known as the "Whiskey Rebellion." This controversial pardon pitted Washington and his treasury secretary, Alexander Hamilton, against each other. It was the first of thousands of pardons that cause many to wonder and others to applaud.

The Code of Federal Regulations has rules and procedures to follow regarding pardons or clemency, it does state that guilt or innocence is not considered but these factors must apply:

- Seriousness of the offenses

- Acceptance of responsibility, remorse, and atonement

Of course, there have been other controversial pardons over the years. President Bill Clinton pardoned his brother, Roger, who had been serving time for a federal drug-related offense. In the first year of Mr. Trump's presidency, he pardoned controversial Arizona sheriff Joe Arpaio, who had been convicted of defying an order to stop racially profiling suspects.

So, let's review — presidents have pardoned questionable people from the first presidency. Many have reaped the benefits of their generosity. I would like to believe most were well-deserved pardons if they followed the rules listed above. I am not too sure that any of the people Trump has or will pardon can check off one item on this list.