Democracy Only Works With Education

Democracy Only Works With Education 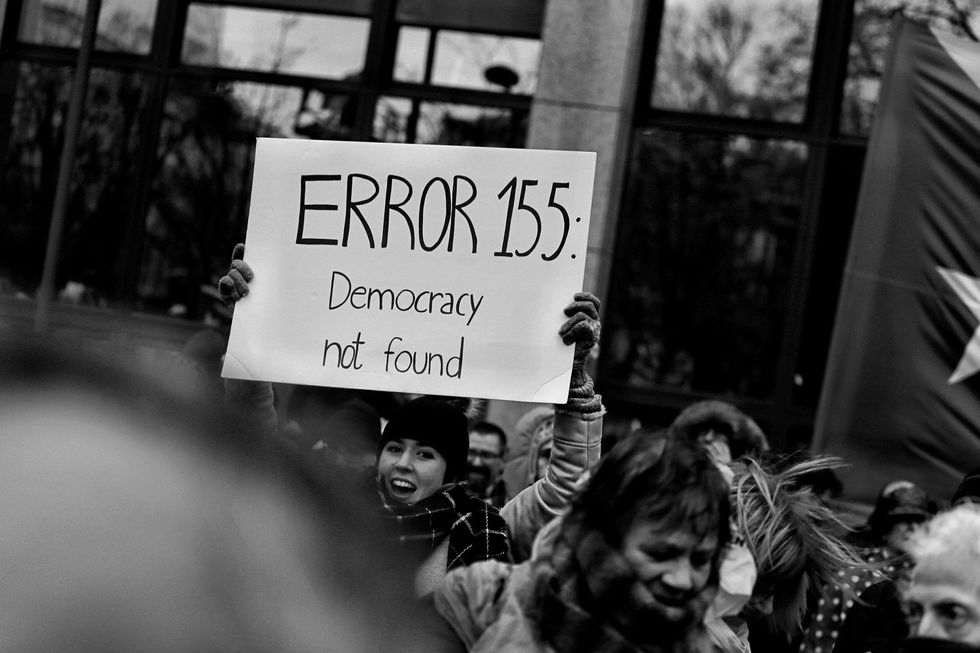 American politics have become a global phenomenon. It is the center of the news and at the forefront of so many decisions worldwide. The election of President Trump was a conflicting time for Americans, given the history of both presidential candidates at the time, and for many 18-year-olds, their first year attending university was not the only first they would tackle that year.

A freshman in college typically suggests that a student is around 18 years of age. What better gift could your country give you than to allow you to use your voice to choose a government that you believe to be the best leaders of the current climate?

Here's the problem – how are we supposed to vote when we are not mandated to take a single course in school regarding the political system? What are we meant to structure our thoughts from?

How can we fulfill our civic duty when we have had virtually no guidance or education on the foundational core of each political party?

One day, we wake up after eighteen years of first being brought into the world by our parents, to suddenly find that it is our right to use our voice to express an opinion which could dictate the futures of millions of Americans. And to top it all off, no one has prepared us for this moment.

Are we, as students, forced to follow in the footsteps of our parents and their beliefs? Or do we wait until we attend college and depending on where the school is situated, determine whether we identify as Democrat or Republican?

This is in no way a bash on teachers, as I know first-hand how tirelessly many teachers across the globe work in order to watch their students succeed. This is a battle with the government, and it is about time for them to realize that young people are the future of tomorrow – and they need to use their power to implement a program to teach our future leaders about the political system in a bipartisan way.

I do not affiliate with any party in the US – on the simple premise that I am not an American: I just live in this wonderful country. But I do care for it.

I want Americans to know their options. I would like nothing more than for young people to know what their options are and to be educated enough to make the right choice that makes the most sense to them instead of having to feel pressured into voting blind.

Attending a very liberal college myself, I have experienced how hard college students work to try to get other students involved and more excited for elections. However, on the other hand, it can often be rather overwhelming to immerse yourself into an environment where the views are so fixated, and one in which you lack the knowledge to make an informed decision.

It is imperative for young people to know what box they are ticking before they send it in the ballot and the repercussions of their decisions. Something worse than not knowing though is young people not using their voices to express their opinions because of the lack of education in the classroom.