We put our heads together, and made something hilariously beautiful. 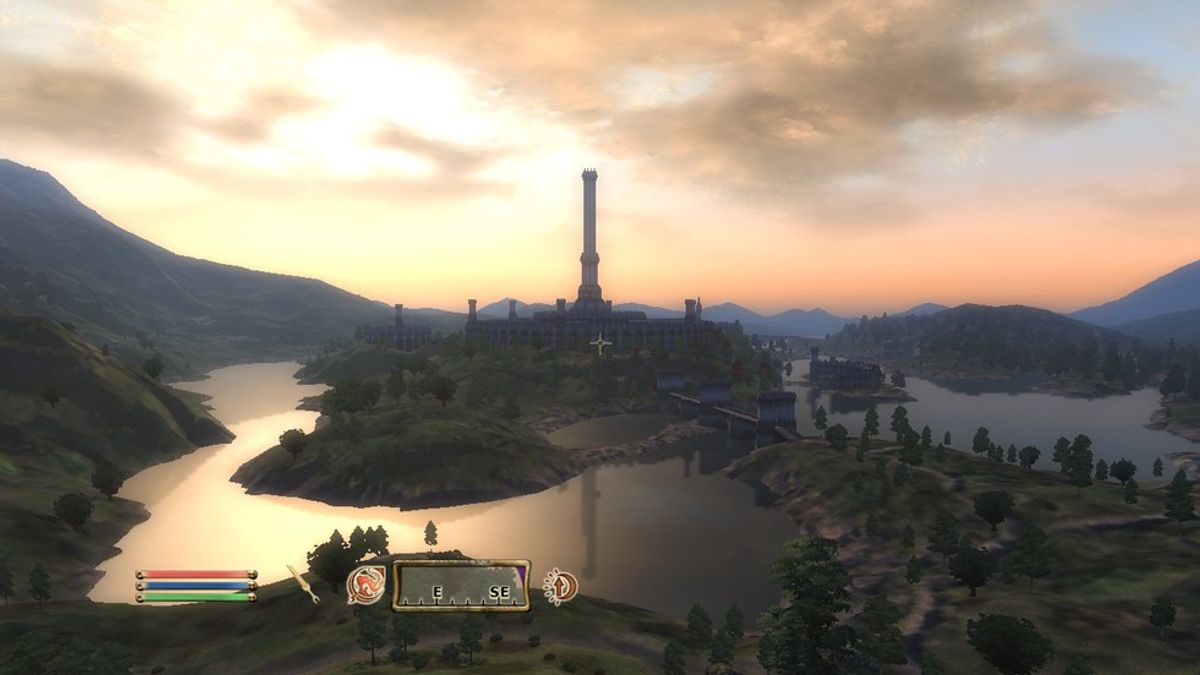 We live in an age where just about every major AAA blockbuster video game is expected to have some semblance of a multiplayer element to it. There's this push for interaction between players from all over that almost always exists in the form of online participants or spectators. Don't get me wrong, I enjoy the occasional match of a competitive online game against total strangers, and couch co-op experiences are always welcome ways to kill a few hours (especially at parties, people get wild). However, there's this sensation of sitting next to a friend with a single-player game and passing the control back and forth at predetermined intervals that speaks volumes to me. It's a level of fun I can't seem to emulate with any other sort of multiplayer experience, even when I'm sitting right next to the person I'm playing with. It's almost like reading a book and having somebody sitting there with you while you take turns reading parts of the story. This practice has been something I've been doing with friends of mine since I was a child; raised without siblings in the house and generally only having single-player games to invest time into when I did have a friend over. It wasn't until recently, however, that I noticed just how absurdly entertaining this ritual was.

About a week ago, I invited a good friend of mine over to just hang out and shoot the breeze, as we have grown accustomed to. Normally we're content to sit back and enjoy the presence of each other's company while we keep our attention to individual things. As my friend infamously said, "Sometimes it's just nice to have somebody around to say 'hey man, check this out!' and then have the gratification of somebody replying with 'dude, nice!'" We decided we wanted to try something different this time around though, and really make effective use of the fact we were bro-ing out for the day. My suggestion? The Elder Scrolls IV: Oblivion.

This is a game that my good pal and I have both sunk massive numbers of hours into over the years since its debut back in 2006. It's always been on an individual basis for the both of us though; talking about our characters and what their adventures consisted of days later. I elected to change that, and start a new adventure that we could share together while the two of us took turns piloting this crazy interactive fantasy sandbox. In Oblivion, you have the ability to create a custom character of your own at the start of the game which leaves you with some decisions to make. You have to pick your starting race, a list of major skills that create the makeup of what "class" you want your character to be, and even the star-sign your character was born under (which also grant specific bonuses). Naturally, my friend and I sat and contemplated what we wanted our collective brain-child to be. Being the complete idiots we are, our results were hilariously satisfying:

Garfield is a dashing mage that slings fireballs like pebbles and can electrify your entire body with a single touch. He also knows how to wield a sword and eats mountain lions for breakfast. Basically, he's the unholy fusion of Gandalf and the Leprechaun. We know, he's handsome.

Now my friend and I have always been the type to appreciate a good laugh in a video game, and it's needless to say we weren't short on those with the wild nature of Oblivion. Within the first hour we were punching sewer rats in the face, leaping off bridges, and taunting reanimated corpses who were too slow to keep up with Garfield's magnificent speed. However, it was this particular moment when creating our custom-character class that really drove it home for me that we had made a great decision playing this game together:

We laughed so hard. We could have just given Garfield von Fartbox a standard character class like the Battlemage or the Bard that fell in line with his play-style, but we saw our opportunity and took it. This was OUR role-playing character, and we were going to play the game by our own rules. Hell or high water.

I suppose my takeaway from this experience was that a game like Oblivion may seem like the kind of thing you would simply sink dozens of hours into on your own, but it doesn't have to be. In fact, it can be an entirely new experience if you have the right person alongside you who's just as invested in the progression of the game as you are. The adventures of Garfield von Fartbox are far from over, and the two of us intend to continue this mad conquest of his to its no doubt riveting conclusion. For those of you out there though who only play single-player games by yourself, or even those of you who only play multiplayer games because the idea of playing a single-player game on your own is too daunting, consider having a friend sit right next to you and get in on the experience with you. It could shed new light on an old classic, and even open up a world of possibilities to you that you'd never thought of before.