Unforgettable moments of beauty and excitement are juxtaposed by sanity-whittling mile markers on endless roads. 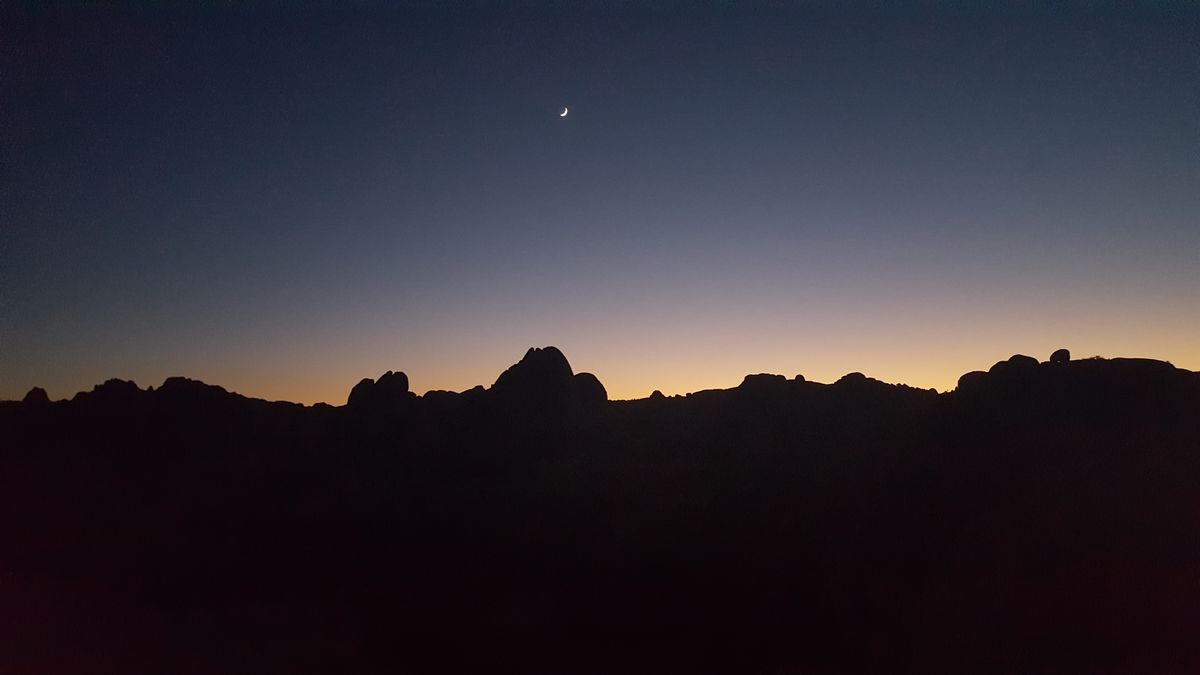 Fever dreams of sunshine and deserts come to me often as I nurse a February cold on my couch. Washingtonians are all too familiar with those months without a glimpse of blue sky, the sun hidden in a grey winter cave. We have all dreamt of southern climates and a sandy shoreline. We have all cursed our friends and family who sail to hemispheres where the seasons are reversed.

Sometimes, it all gets to be too much. You too hunger for vitamin D and a boast-worthy picture to rub in their faces for once. Sometimes "Iron Maiden" goes on a summer tour through the southwest, and you know how quick those tickets sell. Besides, doesn’t Arizona sound amazing right now?

Committing to an ill-advised road trip is part of the American identity, a right of passage described in so many books, television series, and films. Unforgettable moments of beauty and excitement are juxtaposed by sanity-whittling mile markers on endless roads. It is a test of endurance, patience, and yes, friendships.

I am hardly a road-warrior, but I did grow up in the cramped backseat of a Ford F-250, traversing the mountain passes and interstates of Washington. I thought I was more than prepared for a three-week adventure around the west coast, my own hands on the helm this time.

Lessons were learned, most the hard way, and though I was dirt poor and exhausted upon my return, I would hardly change more than six or seven things. Below is a list of “rules” I would recommend abiding by. Call it retrospect, hindsight, or sage advice, just be prepared to make mistakes of your own. Now is the time. Commit to that bucket-list-concert or Kodak Moment before it’s too late — because those are nearly impossible to regret.

I hope these next 13 road trip rules will help you out:

Rule #1: Do not leave your keys anywhere, under any circumstances.

Remember their weight, the goofy keychains, and even the crests and valleys of the keys’ teeth. Feel naked and vulnerable without them in your left pocket, biting at your thigh when you take a seat. Whatever you do, double-check that pocket before locking your doors.

If possible, bring a spare (not the way you want to spend one of your calls to "Triple-A"). The average cost of getting a new key cut to your specific car is in the ballpark of 300 dollars.

The hometown commute is only truly understood by its locals. Like anywhere in the states, leaving before morning and evening rush hour is the best option. Have an event to go to? Plan a meal before it somewhere nearby. A full stomach and extra time can be rare on a budgeted trip, so make time to see the spots beyond the venue. You are the master of your itinerary.

There is no doubt that the single most important part of the drive is its playlist. Going to see a band? Now is the time to refresh yourself on their discography, even the B-side. Finding yourself in a mid-nineties sedan with cassette-to-auxiliary cord converter? Dust off the iPod and the CD case, bring extra batteries for the jog-proof CD player, and try to outdo your copilot’s last jam.

Nothing cuts the silence like a tone-deaf duet of an old favorite jam.

State Patrol is everywhere, radar guns drawn and ready for weekend warriors. Expect to be pulled over somewhere along the line – but if you have the need for speed, get it out before you hit federal lands. Know the driving laws of whatever state you find yourself in. As a courtesy, copilot’s, keep an eye on the shoulder.

"It’s a dry-heat," they said "Arizona sounds great in late June," they said. Remember, when the dashboard’s thermometer flashes the temperature like a new high score, you have no one to blame but yourself.

Honestly, these are things that should be in your vehicle already. When you’re on a cross-country voyage, stick by the old Boy Scout motto: "Be prepared." Knowing how your car performs in the conditions of your home is one thing, but new quirks and surprises can emerge in a new climate.

Check the oil and other fluids at pit-stops, even as an excuse to stretch the legs a little while longer. No one wants their engine to overheat in Death Valley or in a mountain pass with zero cell service.

Rule #7: Do not allow the gas gauge to drop below a quarter tank.

This rule is sort of a given and the level at which you start to sweat is different for every driver. An external jerrycan is a good idea, but dashboard vigilance is better. If your gas-light does illuminate, do not panic. Go slow and steady and try not to stop-and-go if able.

Pack that coffee can of spare change lying around the house. It will never get you close to that trip to Tahiti, but it will fill your gas tank. Lastly, not all road signs are accurate or specific or up to date as you would hope. Be sure to know that you will make it between places of civilization, lest you get trapped between Eagle Lake and Susanville California. If you do, ask for the managers at the RV park there, they have a pump at the boat launch.

Rule #8: Caffeinate with energy drinks, not coffee. Rest stops are rare at times.

First off, avoid the caffeine pills. They do the trick, but your steering wheel will have new claw marks. Coffee is a great way to wake up, we all know this, but we also know what happens next. Plan on that morning-move if you partake in the brew of the bean before merging into L.A. traffic.

Rule #9: Keep tickets, coupons, Groupons, and passes in one safe location (like the glovebox or something).

You didn’t just drive thousands of miles and spend your last dime to be turned around at the door, did you? Collect all proof of entry and purchase in an envelope. This envelope is never to be removed from its designated spot, only the tickets you immediately require.

Rule #10: Deviate from the plan, at least a little.

Are Google Maps painting your route red? Look up a scenic route. Besides, you left early right? Traffic will get ugly and you must first understand that you are part of the problem as a confused tourist. Take the path less traveled and go where the locals go.

Rule #11: Drive at night, if you have the ability.

Not everyone’s favorite method, but let me defend this one. With a copilot, late-night shifts behind the wheel become more plausible. A road devoid of traffic and a sleeping passenger will remind you of silence. It is a surprising yet inevitable craving after days of close-quarters and traffic noise.

The road becomes a personal companion and eventually, the words of "Kerouac" and so many others begin to make sense. Pull over and stretch on the shoulder. If you’re in the middle of proverbial nowhere, look up and realize that night isn’t as dark as you once thought. This is when the road feels like mine alone.

It’s day five and most of the meals you’ve had were handed to you through a window. The rear windows are open to air out the dirty laundry, and your last shower was Monday (Sunday?). Let’s face it, the bar of hygiene is lowered when road tripping as it is while camping. Do be courteous to your copilot, however. The two or more of you will be within a four-foot radius of each other, breathing the same circulated air, eating the same fast food garbage, and all sweating under the summer sun. Pack your most potent deodorant.

Don’t be afraid to shame your fellow passenger of their stink, it’s all a part of the experience.

Taking this road trip, especially fresh out of class and unattached to too many responsibilities, is the perfect time to make some mistakes and memories. Charge that camera, bring pens and markers, and take some time to record your stories.

These trips can get wild. They’re unpredictable. You will be intoxicated on freedom amongst other things and it all goes so fast. Prepare for what you can, but let life happen outside of the comfort of home. Mark where you ate, camped, or were pulled over.

Be glad you did this when you had the chance.