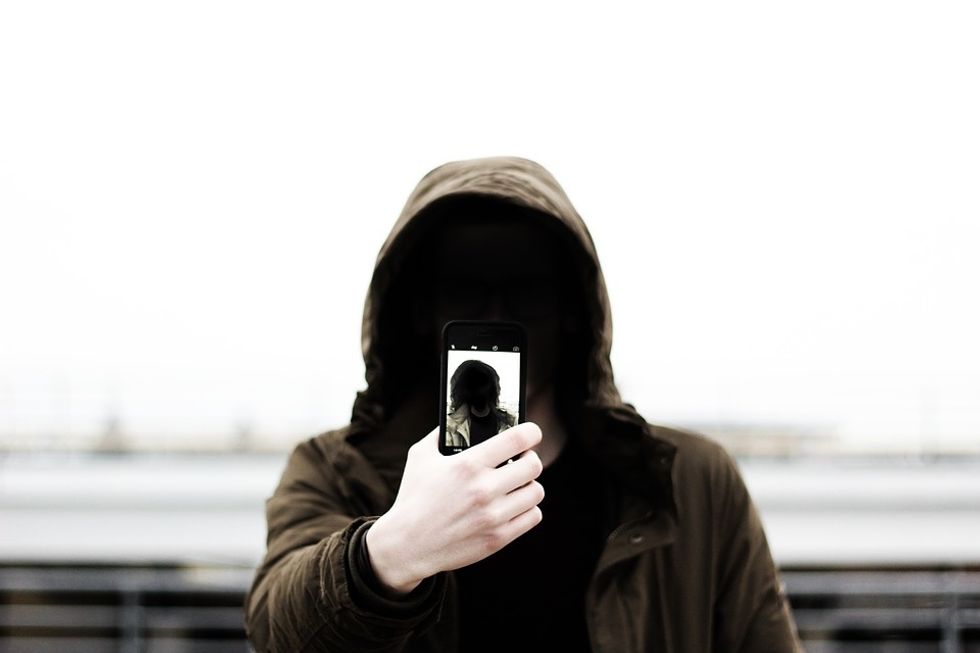 So like, I have a problem. It's a pretty serious one if I'm being completely honest. I just took this sick new photo on my phone, but that's not the problem, oh no. The problem is that I have like no idea whatsoever as to which social media platform I should upload it to. So yeah, there you go. That's my issue right now.

This photo is just so sick. Not sick as in gross or unhealthy. No, sick as in like, totally awesome, like what the cool kids say.

It's honestly just such a tough call. I don't want to upload it to too many social media outlets either, because then I would just be that desperate person seeking too much attention, and as we all know, seeking pointless amounts of attention and trying to create the illusion that we have interesting lives are definitely not two of the main purposes of social media. Oh no, not at all.

I mean, I could upload it to Facebook, since I guess that would be one of the easy options, but I'm also friends with all my family members on there, along with some of my old teachers and stuff, so I'm not really sure I want them seeing it. Not that it's anything bad, but I'm not sure they would really understand it. I just don't know who the exact target audience is for this unbelievably amazing social media post that I currently have in the works, which is a big reason why I am really struggling to figure out where it would most successfully fit within the social media landscape.

Of course, there's also Instagram, which is definitely another solid option, but I don't know, I guess it doesn't feel quite as insta-worthy as it should. There is a good chance that I will end up posting it on Instagram, but I guess I still need a little bit more time to consider before making that final decision.

I guess there is also Twitter, which is honestly a great social media platform, but it doesn't seem quite right either. People do go on there, but it's not exactly the place for awesome new posts to be completely honest, and this post is just so good that I'm not sure any currently existing social media site can truly capture its essence.

What other options do I have? Tumblr? Pinterest? No thank you. Is Myspace still a thing? I have no idea. However, I honestly do believe that this incredible picture I took, along with its obviously phenomenal caption, could singlehandedly bring back Myspace as a relevant social media player if I were to post it on there. So I guess that whether or not I want to singlehandedly bring back Myspace is just something else I need to think about.

Wow, so many things to consider. I might need to sit down.

I know I haven't even said what the picture is of, but if I did then that would defeat the purpose. That would totally ruin it. All you need to know is that... it's awesome. It'll be the best social media post you'll see that day, hands down. Just so you know, the cover photo seen above the headline on this article is definitely not the picture that I've been talking about this whole time. I just felt as if I needed to make that clear. The cover photo is just a random picture I found online of a guy in a hood taking a selfie. I don't know why his face is surrounded in darkness either, okay? Maybe the fact that his face is not visible reflects the idea of social media operating as a mask or a form of darkness that clouds who we really are, but I don't know. I didn't take the picture.

Ugh, this is just so frustrating. I have this unbelievably sick new photo, but I can't for the life of me decide where to upload it. I guess I'll just have to keep on weighing my options, and hope that I will soon be able to make this unfathomably difficult decision.