How Does Your Phone Battery Drain You

How Does Your Phone Battery Drain You?

Your phone battery is similar to your battery. 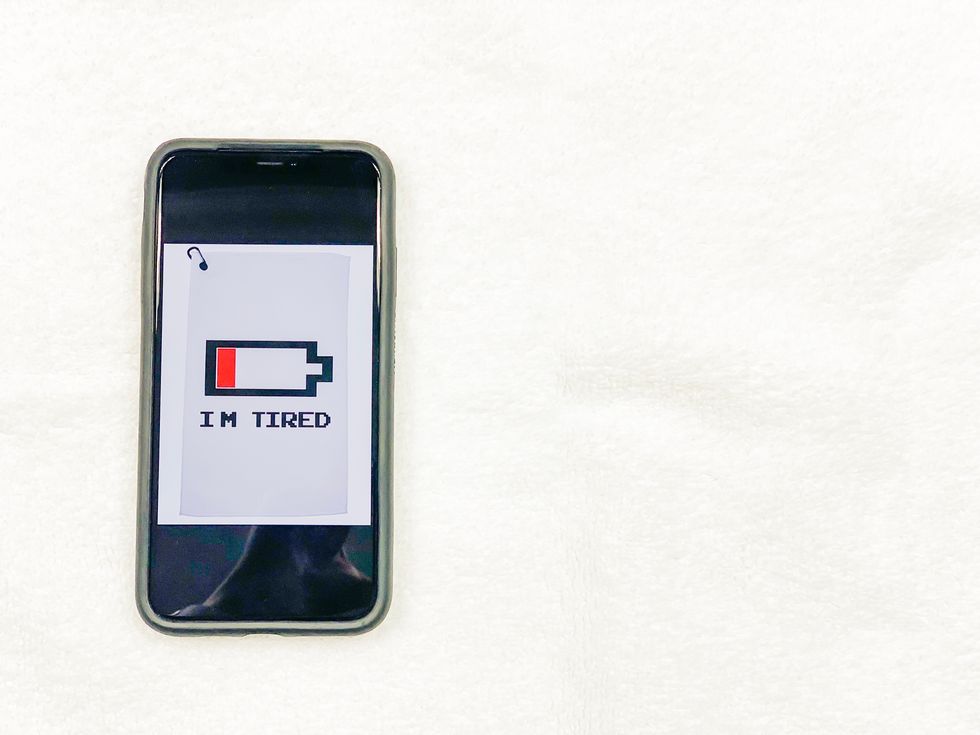 The charge on your phone drains at a certain rate. That rate depends on how many, and what type of, apps you have open. Apps that use your camera, GPS, and streaming content drain your battery the fastest. Know which apps typically use some or all of those features? Social media apps. The more you use social media, the faster your battery drains. When your battery gets to a certain level, you charge your phone. However, if you're like some people, you might keep your phone continuously plugged up, just to "make sure" your phone doesn't die. Don't act like you don't know those people. Either way, you charge up at some point. You need more fuel, more energy. You need to fill that battery icon solid before you feel satisfied again. Let me ask you this: how often do you charge your phone? How many times a day? What's your phone's battery life? Which apps are you on the most? You can find all of that information in your phone settings. Take a look really quick. See what takes up most of your time. What preoccupies you from the things that matter most?

Now imagine you are the phone. Your energy level is the battery. But here's the catch: your battery drains according to the speed your phone battery drains. I.e., the more you're on your phone the quicker your phone battery drains, so, the quicker you're left feeling empty. Then, whether you're the stay-by-the-charger type or the charge-when-it's-close-to-dead type, you fill up. But what do you fill up with? What do you use to fill your battery icon solid? Is it food, friends, or boys? Perhaps adrenaline rushes or a quiet oasis? Whatever it is, you fill up, often. Very often if you're on social media a lot. But the downside to all this is that most people mistake the infection for the medicine. They try to "fill up" with what is draining them; their phones.

How can you tell if you're one of these people? If you're "drinking the Kool-Aid" so-to-speak? Let me ask, when you're feeling down or low, where do you seek comfort? Do you go straight to the kitchen, straight to your friend, straight to your phone? If you feel down and you reach for your phone, you're most likely addicted and "under the spell." A while back I saw a post that caught my attention saying, "I finally understand it… people are prisoners of their phones. That's why they're called 'cell phones'."

Unfortunately, the overwhelming power placed in the hands of every person who has a phone is abused daily. Agendas are pushed, stereotypes are formed, and voices are collected for causes, both good and bad. Social media allows people to put up a front. Never has it been this easy to fake a smile. You can share whatever you choose, even just the perfect, happy, good-lighting moments. We're all guilty, even me.

Here we are, the human race, connected through various networks which mask our motives, emotions, and desires, creating an alternate, perfect society which we aspire to live out in our reality. We can be as superficial and perfect as we want to be online. Naturally, others follow. This has, intentionally or not, made social media, for the most part, fake. Ergo, when people see their friends' "perfect lives" online, they try to live perfectly to "match up."

But, no one is perfect. And the people we are trying to be like, don't even actually exist. Humans, never more connected, but never lonelier. The number of followers is equal to the number of competitors. The number of likes is the same as the number of "watch-your-backs." "Surrounded" by a virtual crowd but left virtually unfulfilled. The irony is, when we're on our phones, we're alone. Even if we're sitting on the couch with a group of people, we're too captivated by our screens to have real conversations. We can be sitting skin-to-skin next to someone, on our phones, and be alone. But we seek out our phones so that we won't be alone. We desire communication. But in our useless attempt to "not be alone" we find that we get lost in the virtual crowd.

Here's another question for you: what else is draining your battery? It's exhausting when you're being tugged in every which direction, all the time. People want "me time" on their phones to get away from the crazy.

But I have a challenge for you. Next time you feel alone, look up. Put those vocal cords to use and use those eyes to lock in with someone else's. Talk deeper and longer than you ever have. Make meaningful relationships with people that are right in front of you.