Some charitable acts have beneficial legacies beyond positive press headlines. 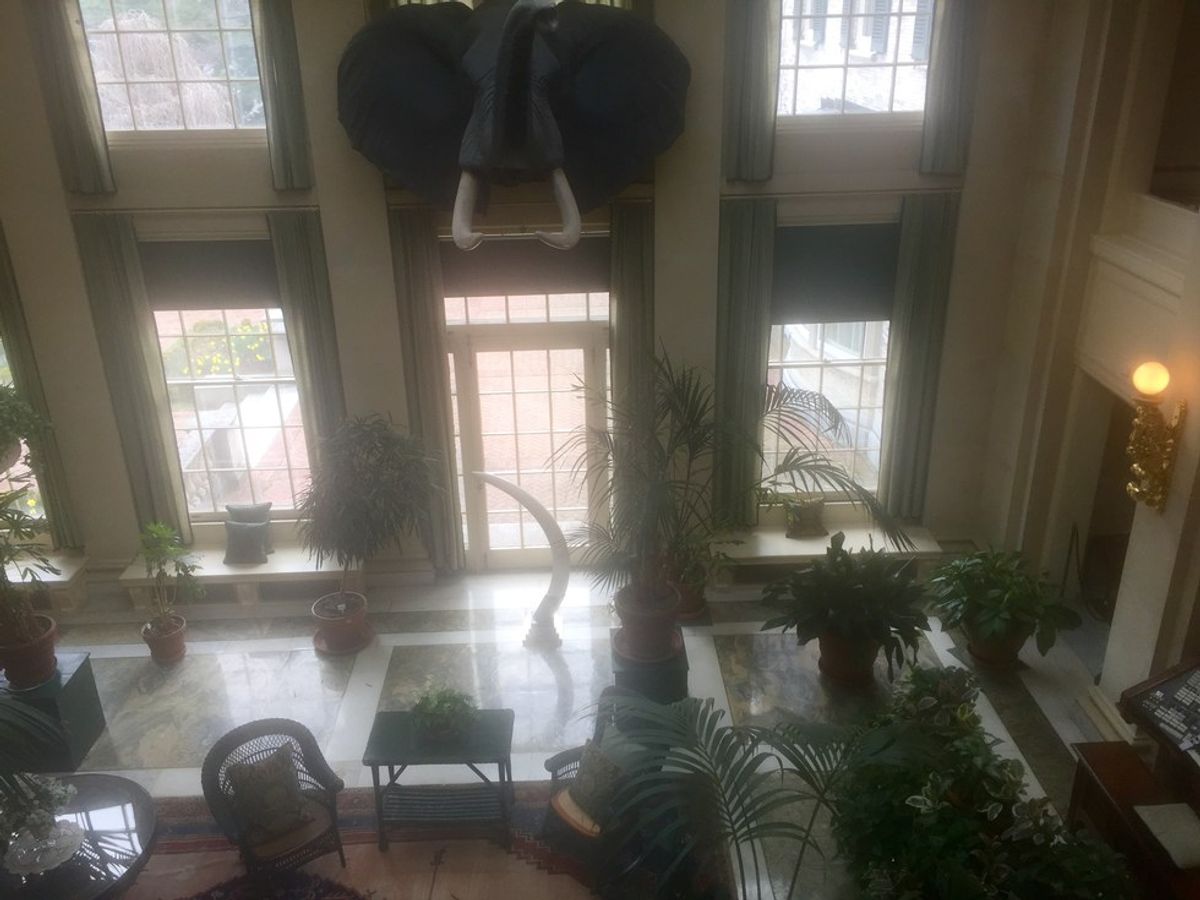 A 35,000 square foot house. Ashtrays made of rhino hooves. Collections of film reels too large and too delicate to be kept in the home. All signs of opulence without which the George Eastman Museum, home to the world's largest collection of original Technicolor negatives and countless film and photography artifacts, would not exist.

Okay, so the rhino ashtrays, specifically, are not responsible for the creation and success of the museum, but the wealth of George Eastman, inventor of the Kodak camera, was. Along with other philanthropic efforts, Eastman bequeathed his mansion in Rochester, New York to the University of Rochester, and that house eventually became the George Eastman Museum. The museum now features exhibits and those incredibly abundant archives, benefiting the general public, researchers, and, incidentally, my college Latin American film class, which made a trip to the museum last week.

We often picture millionaire philanthropists like Eastman, Andrew Carnegie, and John D. Rockefeller as figures whose lives and deeds remain in the past, but, in cases like the Eastman Museum, their legacy truly does linger on. Many affluent public figures continue to make charitable contributions today—many of the films preserved in the archives belong to the personal collections of figures like Martin Scorsese and Kathryn Bigelow. Those films not only reside in the museum's archives, but go out to researchers and universities that request them along with the other films donated to the museum.

It is easy, and often necessary, to criticize the extremely wealthy for the use of their riches. After all, Eastman's house was originally used as a home for the University of Rochester's presidents until it was deemed to big for that purpose (35,000 square feet! For one person!). And today's 1% have their versions of rhino ashtrays and marble staircases (multiple homes, private jets, unfair political influence). Yet many affluent men of Eastman's time and our own donate considerable amounts of money and other resources to universities, hospitals, food banks, and their own philanthropic organizations. As I've seen in my visit to the museum, some of those philanthropic efforts do actually contribute positively to more than the donor's reputation. Without the efforts Eastman's donation started, this major center for film preservation and distribution would not exist, and countless rare, delicate and significant films would be lost.

The influence of capitalism is by no means unquestionably positive, but neither is it totally destructive. The system, like many in the world, is a mixed bag, and every now and then, something contributing to the public good falls out.