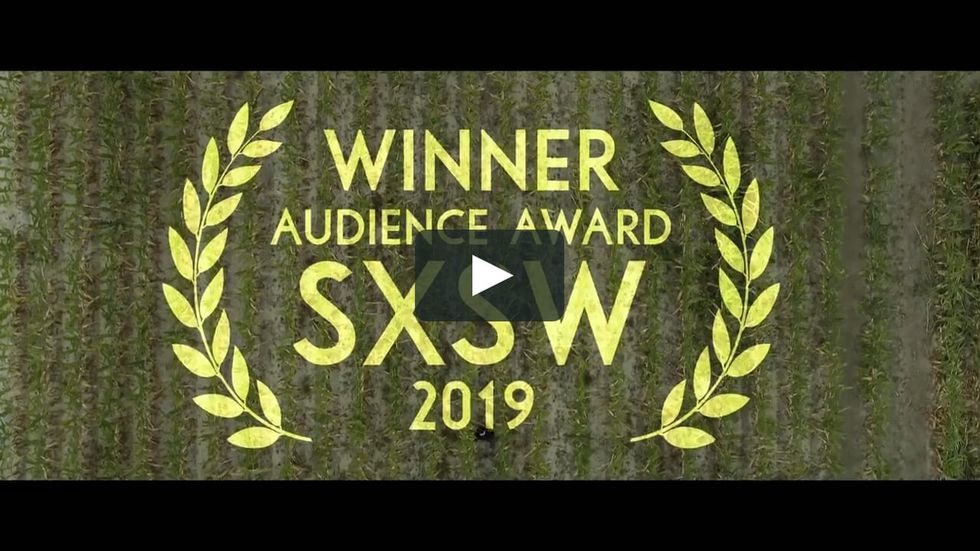 What a career Shia LaBeouf has had. He's gone from the Disney sweetheart on 'Even Stevens,' to Hollywood's next big thing in films like the 'Transformers' series and 'Indiana Jones: Kingdom of the Crystal Skull,' to one of the more ecclectic indie actors in the last few years. I've always been excited to hear when he signs on to a new project (though some of his off-camera antics can get exhausting to try and deconstruct) and I still hold up his roles in films like 'Holes,' 'Fury,' and 'Borg v. McEnroe' as example of that prestige.

When I started to hear the buzz around 'The Peanut Butter Falcon,' I didn't really understand the hooplah behind it. The trailers didn't really grab my attention as much as everyone else was talking about, and the directors basically had no notable credits to their name (although as I found out in researching the film, these guys have an amazing story that you all should hear).

But alright, expectations aside, what exactly is 'The Peanut Butter Falcon' trying to do?

Well, it actually turns out to be a very sweet, genuinely likeable adventure film, thanks in large part to some great performances and direction. I was shocked at how much I wanted to root for this film and, even if I wasn't as floored as certain critics have been, walked out feeling a sense of welcoming into the world this film creates.

Zak (played by Zack Gottsagen) is a young man with Down Syndrome living in a retirement home in North Carolina, after being sent there by the state with his family unable to take care of him. Yearning to attend the wrestling camp of his hero, Salt Water Redneck (played by Thomas Haden Church), Zak escapes his surrogate home in the dead of night with nothing but his wits and dedication. He runs into a local fisherman named Tyler (played by Shia LaBeouf), who has recently been fired for illegal fishing and retaliates on his former bosses by burning their fishing gear.

On the run, he encounters Zak, and the latter begins to follow Tyler, simply trying to make friends. While Tyler initially refuses Zak's company, his tune changes when he realizes Zak is on the run as well, in this case, from a volunteer at the retirement home named Eleanor (played by Dakota Johnson). Eventually, Eleanor joins with Tyler and Zak, and the trio journey through the South in search of wrestling, colorful characters, and a new sense of family.

That synopsis might sound a bit corny and, admitedly, the film leans into that sense of friendly comrodery. Where 'The Peanut Butter Falcon' succeeds is in using that tone to create a distinct bond between its characters, as well as giving the film its lighter sense of comedy. Directors Michael Schwartz and Tyler Nilson definitely take narrative cues from the works of Mark Twain, but visualize those themes through the lens of the beaches and swamps of the Southern U.S.

That main trinity of performers deserve a lot of credit. This film simply doesn't work without newcomer Zack Gottsagen, who brings a perfect mix of charisma, charm, and balance to a role that could so easily turn into a charicature. He really provides a central emotional arc that you can't help but root for, and you also understand the sense of driven optimism Zak needs to believe in as the story goes on.

LaBeouf and Johnson also give great work in this, with both using their own sense of emotional charisma to mask darker elements of their past, as well as giving us a distinct dichotamy in how disabled people are viewed in modern society. It's this split that is always lingering in the back of the film, but never overwhelms the main goals of the story.

As good as I think this movie works tonally, if I really have to delve into it, if you were walking into this hoping that the film would be a bit more insightful into society's treatment of disabled people, you may walk out a bit dissappointed. Though I would argue that the movie's end goal isn't to put the focus on the societal issues, but rather the interpersonal connections, and how those intertwine with life's journey's that are thrown our way.

I really enjoyed going along for the ride with 'The Peanut Butter Falcon,' and I think at the end of the day, the film has a lot of emotion and cool ideas beneath the seemingly innocent buddy comedy. It's a film that leads into classic narratives, but gives them wonderfully realized characters and goals that my (thankfully) packed audience was all in for. Maybe I don't adore everything the film tries for, but it definitely puts Schwartz and Nilson on my radar and keeps good old Mr. LaBeouf in my good graces.

Overall, I give 'The Peanut Butter Falcon' 8/10