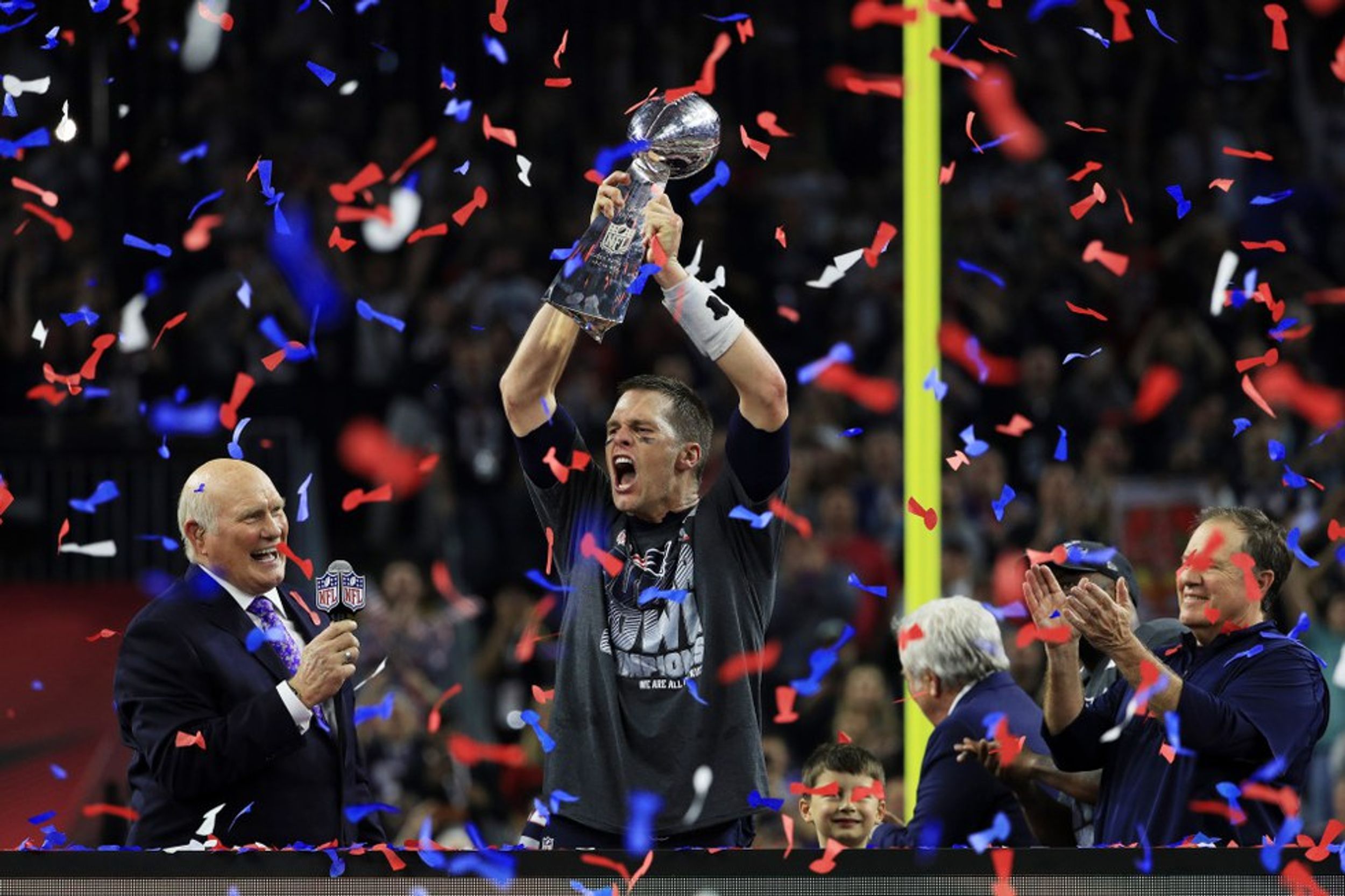 The Patriots have done it! Tom Brady now has his fifth ring, Bill Belichick once again shows his unmatched coaching, Edelman’s ankle catch was unbelievable, and the Patriots overtake the nationwide hate. While the first half provbed to be challenging, Brady and the others were able to increase the momentum, excel under pressure, accomplish a huge deficit that concluded in the NFL’s first overtime game in the Super Bowl, and were able to bring the Lombardi Trophy back to New England!

As a resident of Massachusetts, Tom Brady is described in so many ways as “the goat” and “the greatest quarterback in NFL history” that he pretty much holds a divine presence amongst Patriots fans. It’s no surprise to see them rise victorious time and time again but when it comes to the Super Bowl, I’ve always been cautiously optimistic after being scarred by losses in 2008 and 2012.

In the first half, the Patriots had two turnovers and rushed for just 35 yards and as usual, were unable to score a touchdown in the first quarter. On top of that, the Pats had an 18-point deficit by the end of the first half. It was rough. But amongst the cheer of a crowded Buffalo Wild Wings with Patriots haters everywhere, I didn’t feel discouraged. The Patriots have always had a way of balancing the tides and in the second half, they showed that by blowing through an overwhelming lead.

The score was 28-12 and the Patriots had less than ten minutes to score two touchdowns and convert two points. Julian Edelman and Danny Amendola showed their prowess as they shot the Pats up to a tied game. It was only when the score was 28-28 that the last few minutes took a turn for an intense and thrilling match that was worthy of Super Bowl remembrance. However, the clock counted down and led to another historical occurrence: the first overtime in Super Bowl history.

The coin toss landing on tails in favor of the Pats was a huge victory in it of itself, putting Brady in a position to show the strength that he held inside the first half of the game. This was where every play was smart. Brady was being careful with his first few throws, passing only a few yards down while the receivers would advance a decent amount of yards. However, each pass slowly built up Tom Brady’s momentum and slowly got to the brilliant moment with James White.

They went 75 yards in 8 plays, got a pass interference call on the two-yard line, and sealed the game after White ran it in from two yards out. That was it. That was the biggest comeback in Super Bowl history. No team has ever been able to recover from such a deep deficit but if anyone could, Bill and Brady could.

So now that’s five rings for Brady and he is now one of the most decorated NFL players in history, surpassing his own idol, Joe Montana. Credit is deserved where it is due and Brady is truly deserving of his title as The Greatest Of All Time.

When Brady was asked some time ago as to what his favorite Super Bowl Title was, his response was “the next one”, and the same stands for this win. Onward onto the next victory.