It's a work of passion, comedy and tragedy. 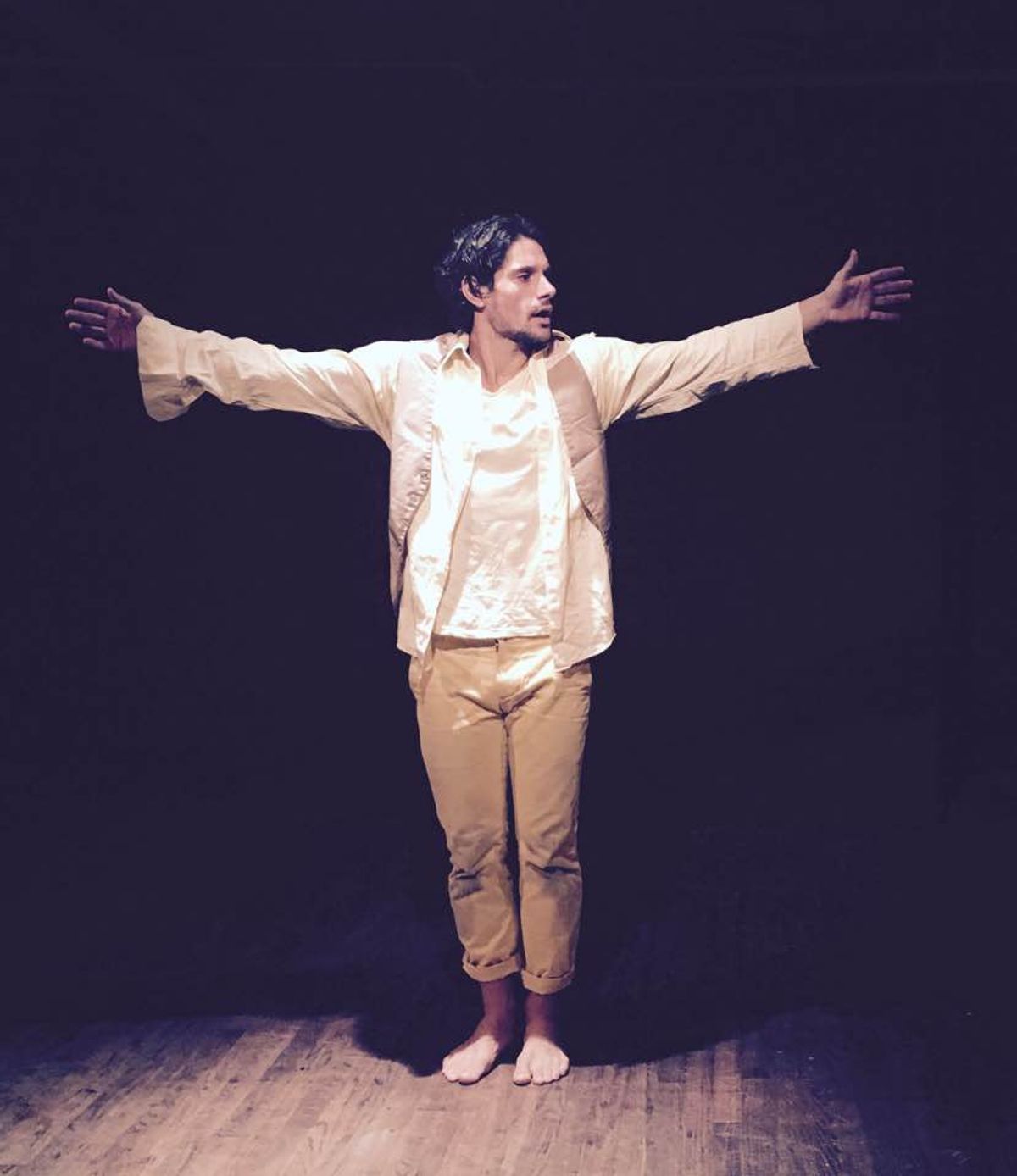 An adaptation of Nobel Prize winning Italian playwright Dario Fo's "Mistero Buffo" (aka as "Comical Mystery Play") is not an easy task. United Solo productions and Theatre Row take the audience in a time travel experience that is yet so contemporary.

Written in 1969, "Mistero Buffo" was characterized as the most controversial and yet popular play in postwar European theatre. Fo's solo pièce célèbre, performed across Europe, Canada and Latin America and shook audiences equally. Originating in the descriptions of the Guillari, an itinerant street performer of the Middle Ages, the work consists of several scenes of Biblical Stories where the order of power and religious authority is reversed.

In this new staging by director Lyto Triantafyllidou, the audience witnesses a one-man show, where New York acclaimed Greek actor Panos Vlahos emulates different characters. Dressed in shabby and loose-fitting light-colored clothes the protagonist moves in subtle lighting of bare surroundings. Towards a poor theatre, where the actor is the only one we see, the audience comes to witness a bizarre spectacle of paranoia, fear, violence and comical outbursts. The only props are wine and bread, that the protagonist offers to the audience as part of the communion. He encourages the audience to eat and drink from his flesh, while the audience is the witness.

The very absence of a setting is the very presence of the performer, as a solitary and paranoid schizoid that seeks for a vengeful redemption, communion and recognition by the public. Panos Vlahos invites the audience in a personalized experience through monologues, soliloquies, dialogues and crowd scenes that redefine the notion of order, martyrdom, communion, performer and audience.

The protagonist, powerless as he is, speaks against the religious establishment in a state of frenzy and ecstasy. Controversial yet powerful, disturbing yet affirmative, tragic yet extremely comical this play is meant to shock and unsettle the audience. Panos Vlahos does an excellent job in keeping the audience captivated and on edge, something novel, yet familiar.

A must see show that will be back in NYC sooner than you think for round three and a potential tour in various metropolises of the USA.