You Can Party Without Appropriating A Culture
Odyssey
CurrentlySwoonLifestyleHealth & WellnessStudent LifeContent InspirationEntertainmentPolitics and ActivismSportsAdulting
About usAdvertiseTermsPrivacyDMCAContact us
® 2023 ODYSSEY
Welcome back
Sign in to comment to your favorite stories, participate in your community and interact with your friends
or
LOG IN WITH FACEBOOK
No account? Create one
Start writing a post
Student Life

You Can Party Without Appropriating A Culture 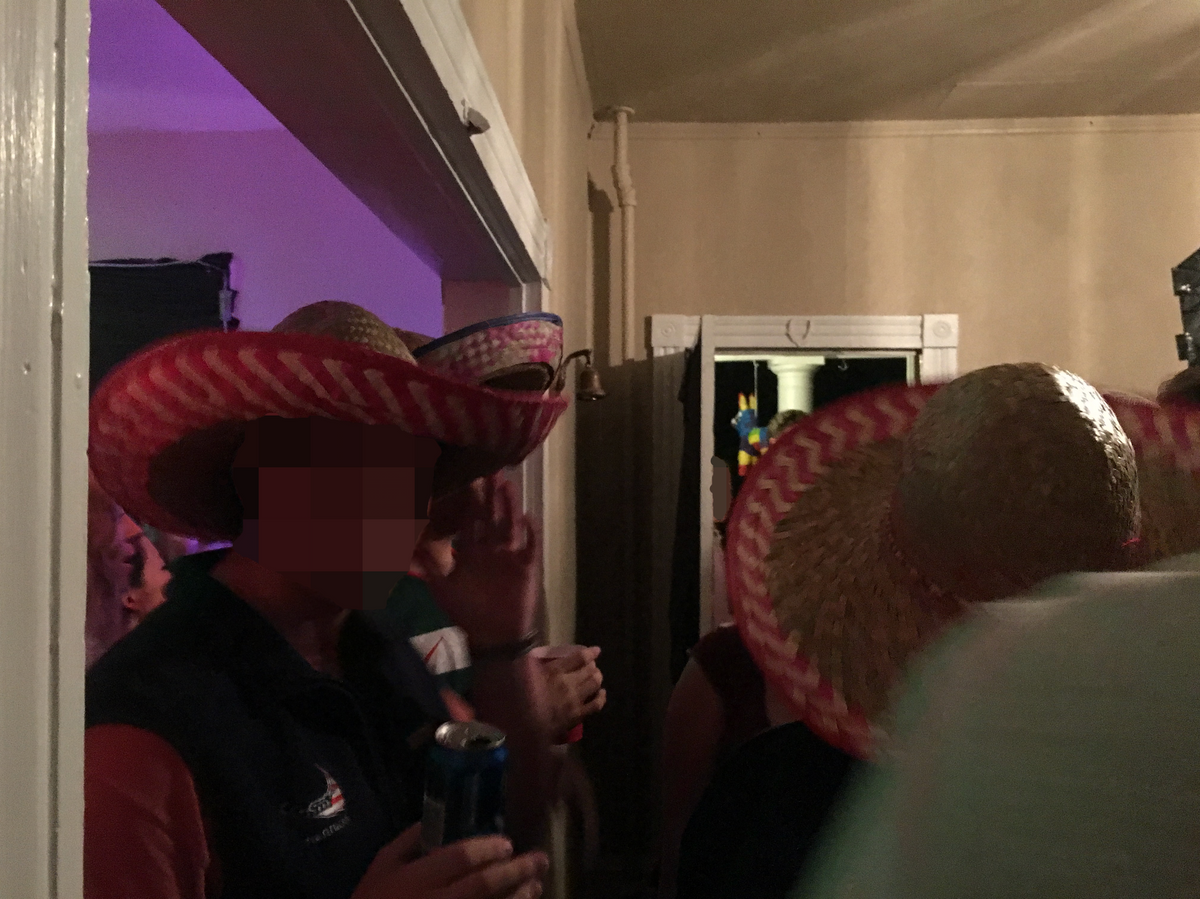 Greek life in the college social atmosphere was built on racism, formed by white men in resistance to integration of American colleges. The Sigma Nu chapter at Washington and Lee University apparently hasn't overcome this history. On Monday, September 4, an email invitation for the annual "Sigma Nuevo" party was sent out to W&L students, announcing the fraternity's first party of the 2017-18 academic year.

Tonight, mariachi your way over the border to --- for Sigma Nuevo. DJ --- will be making an appearance. The wall comes down at 9:30pm, and the piñata goes up around 11pm.

La fiesta is at ---. Age appropriate beverages will be provided by Señor Cuervo himself. Word on the street is, he loves limes.

There will be rides from the quad, but walking isn't that bad either. I've attached a map for the directionally challenged.

Walking into the part in light of the invitation felt like a remake of Dear White People. It was held in a historical Lexington home that served as a safe haven for African Americans who visited the area during segregation -- a slap in the face, enough. People squeezed in on the porch under the hanging piñatas, wearing sombreros. Banners and flags of Mexican alcohol hung inside, where there were many more sombreros and piñatas.

You can't base a party theme on an entire culture, especially one that has been historically and currently marginalized and exploited. Mexicans are more than stereotypes: piñatas, tequila, "Despacito."

On the night before Trump's decision regarding DACA, the program that provides temporary protection and work visas for undocumented immigrants, jokes about the wall just aren't funny to the 618,342 out of the total 800,000 DACA recipients who are from Mexico. And it definitely wasn't funny to some W&L students.

It's not just a Sigma Nu chapter issue. Fraternity and sorority parties with racist and culturally appropriative themes happen on this campus as well as plenty of others at colleges and universities across the United States. It perpetrates a culture of exclusion, violence and blatant disrespect. It shouldn't be tolerated by both those within these organizations and those who aren't.

I know I'm not the only person who was offended by this party. There were some who came and left very soon, like I did. I even knew a few people who stole the piñata off the porch and ran away. I talked to a few other people while I was there who said, "Hey, something's not right about this," but stayed the whole time. It was a very crowded house. You couldn't walk anywhere without being uncomfortably close and squeezing by strangers. Imagine a Mexican student walking into the party just to see how she was represented and, judging by the sheer number of people that were there, felt like a good portion of the school views her culture as something to be mocked, personified, appropriated. You didn't have to write the email. If you participated, you contributed. We can't progress forward if we aren't actively thinking about what message our presence (or absence) sends.