Why you need to hear the pop-rock trio's most recent album. 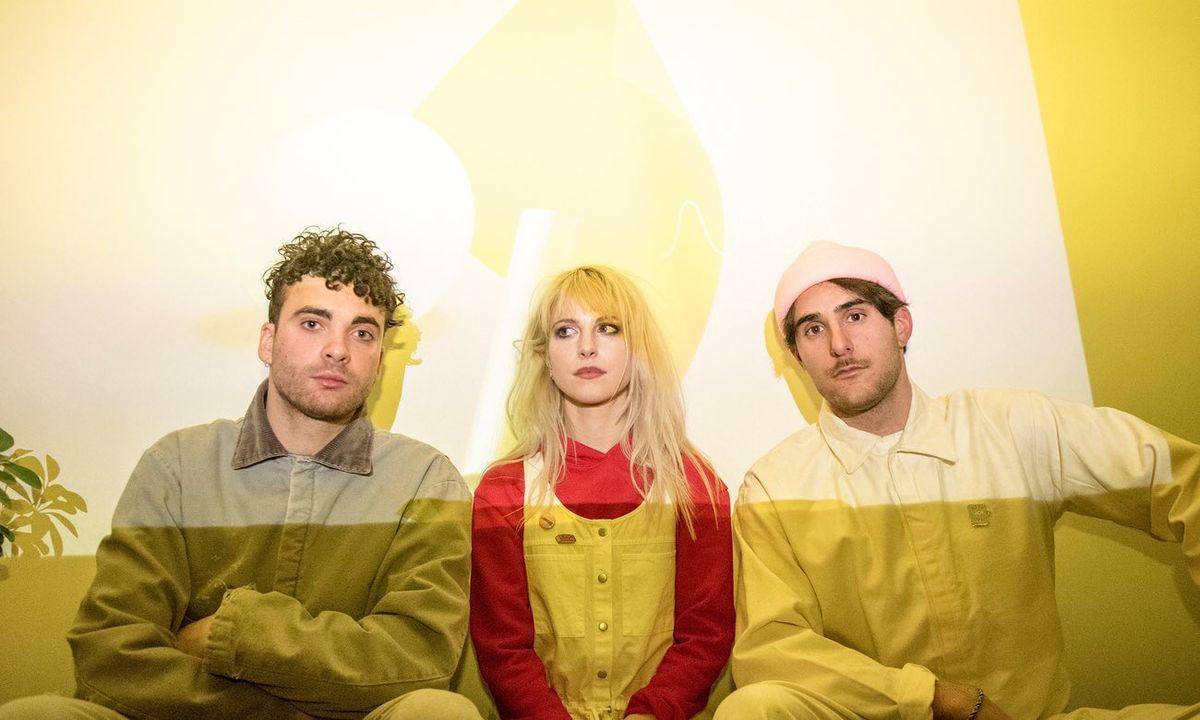 Activism has become rather convoluted in its connotations; from blocking traffic on highways to screaming Bible verses on street corners, many would assume the "A" word should always be synonymous with extreme, heavy-handed tactics. It may seem to some that to demand change, a large, noisy crowd of people is required, ready with giant picket signs to tower over the masses that demand change and reform.

Over the course of this year, there have been many well-executed examples of activism, including the Woman's March and the March for Science. The amount of healthy sociopolitical discourse they have and continue to create is fantastic and much needed, considering our current political climate. But with that said, not all activism occurs through the genre of the march: enter Paramore's fifth and most recent studio album, "After Laughter."

Released May 12th, 2017, "After Laughter" comes nearly halfway through Mental Health Awareness Month. While some fans appear to be apprehensive to accepting the band's new 80s pop-influenced musical style, it has collected quite the acclaim among critics, with Rolling Stone, Pitchfork, and Sputnikmusic noting its catchy melodies and danceable rhythms. But listening more attentively to the project brings to focus the true star of the show: Hayley Williams and Taylor York's honest, open lyrical content.

The contrast between the dark, seemingly defeated narration and the upbeat, synth-pop production is apparent right from the start.The bouncing beat and sweet guitar licks on the opening track "Hard Times" are interrupted by Williams hopelessly begging that "all that [she] wants is to wake up fine / tell [her] that it's all right / that [she] ain't gonna die." Right off the bat, the audience is hit with nothing but an honest statement that truly cuts through the seemingly happy tone the album contains. It is this point forward on my first listen through the project that a realization set in: Hayley Williams is using her own musical platform to explain her personal struggles with depression, and is refusing to apologize for it.

This very lyrical moment is brought up in the band's Beats 1 interview with Zane Lowe, with Williams answer keeping in line with the album's imminent honesty. When asked if depression was something she struggled with, she had this to say: "Now? Yeah. Three years ago? No... I don't know what happened, but now? Yeah, for sure... I think it gave me empathy for friends who struggle." Further on in her answer, she mentions the struggle to verbalize the emotional roller coaster of it all, but thankfully for everyone who is interested in what depression does indeed feel like, the album offers unapologetic, hard-hitting lyrics, perfectly capturing the inner struggle battling mental illness can become.

The second track, "Rose-Colored Boy," sees Hayley confronting an easily recognizable character among those who also struggle with mental health issues: the painfully persistent optimist who cannot sympathize with a narrator who is suffering from depression. The song is bookended by the chant "low key / no pressure / just hang with me and my weather," and features one of the LP's smoothest bridges, with the lyric "you say my eyes are getting too dark now / but boy, you ain't ever seen my mind." Not only is Hayley singing about her struggle with mental illness, she is encouraging the opposition (and indirectly, the audience) to see things from her perspective, and to recognize the real yet often ignored struggle of depression. Even the chorus acknowledges the plenty of others that are in her place mentally, exclaiming to the optimist that "we can't all be like you." This is only the second track, and the unapologetic honesty in exploring mental illness is consistently present.

Among the other songs in the track listing, "26," "Caught In the Middle," and "Tell Me How" are the most explicit with their tone toward mental health. But potentially my favorite of these deep cuts is "Fake Happy," an electro-pop anthem encouraging its listeners to toss aside their happy, joyful exterior and recognize that people consistently fake happiness just to get by. Sure, life is easier when we pretend nothing is wrong, but nothing can be more emotionally taxing, and therefore more dangerous, than not being honest about your mental state. "I know I said that I was doing good and that I'm happy now / I shoulda known that when things were going good that's when I'd get knocked down." Hayley's observance is well put: life is not an exponentially steady progression. Life will get in your way, cause emotional turmoil, and even lead to mental health struggles. But at the same time, here she is, singing about that very pain, proving that even if you are hurting beyond belief, life can still be held onto. No matter the mental rain clouds and past harm, there is hope and help to be found.

Paramore's new album fits perfectly in with National Mental Health Awareness Month; the band's album is a pop-rock display of activism. While it might not be yelling on a street corner, the trio lyrically make the demand for a world that empathizes and understands those struggling with depression. If you have not given the album a listen, I would highly recommend it. Besides being a stellar body of work, its message is perfect for this month's focus on those who struggle with mental illness. And to those who are struggling, myself included, I hope you feel as encouraged by the band's work as I am.

If you or someone you love is struggling with depression or any form of mental illness and/or any emotional hardship in general, please consider calling the National Suicide Prevention Hotline: 1-800-273-8255.