A Pair of Wisconsin Badgers Sign Deals With The Boston Bruins

Trent Frederic and Cameron Hughes add center depth to the organization as the season winds down. 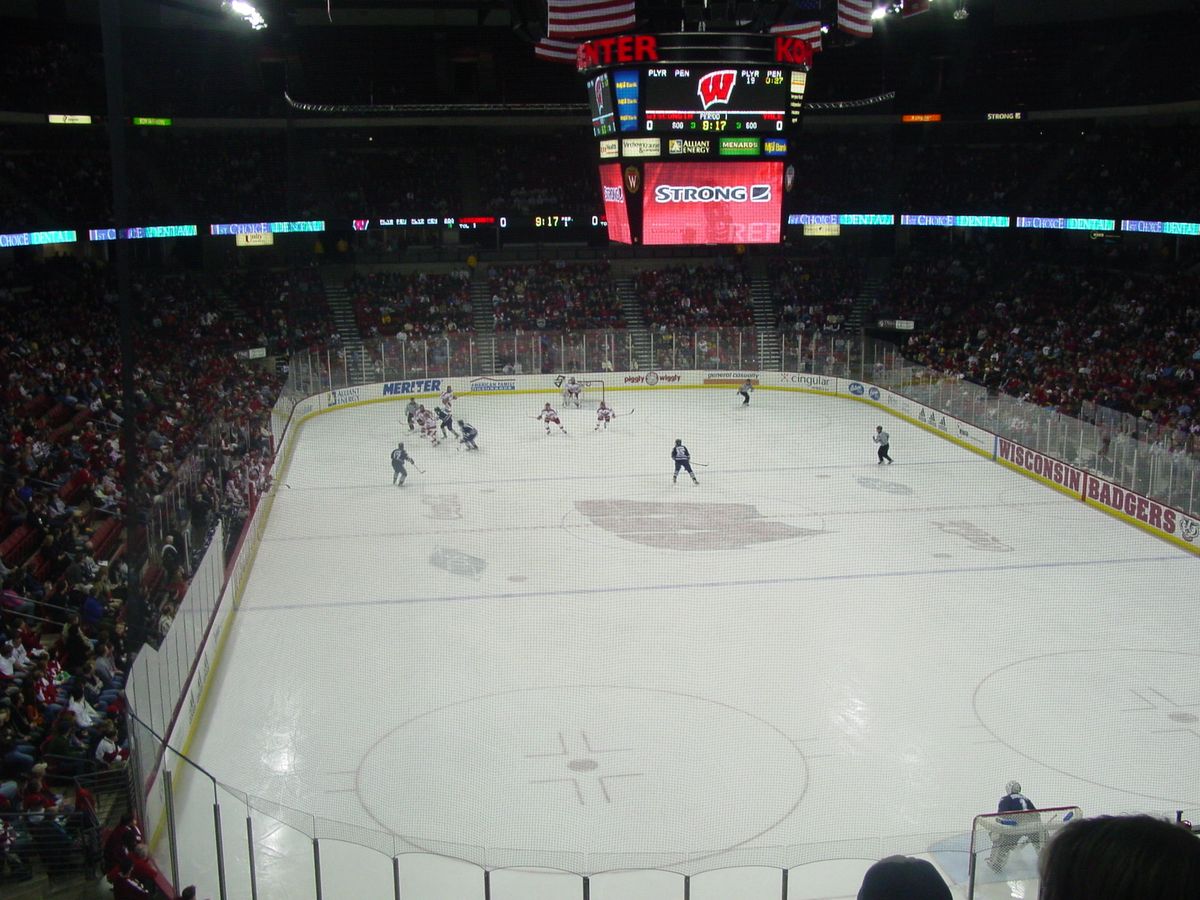 The NHL’s Boston Bruins are officially adding some Wisconsin Badger flair to their organization.

This past week, the Bruins inked University of Wisconsin forwards Trent Frederic and Cameron Hughes to their entry level contracts. Both players will report to and play for Boston’s AHL affiliate, the Providence Bruins, under an Amateur Tryout Agreement.

Frederic is the more well-known of the two after he was drafted in the first round, 29th overall, in the 2016 NHL Entry Draft. Initially, Frederic was seen as a rather controversial draft pick by Bruins GM Don Sweeney, who felt that they were drafting a solid third line center with the late first round pick. After scoring 40 points 61 games in the United States National Team Development Program, most fans felt that while he was sound defensively, his offense left more to be desired from a first round pick.

However, after playing with Wisconsin after the draft, Frederic quickly proved his doubters wrong.

After winning the Big Ten Conference’s Freshman of the Year award for his 33 point performance in the 2016-17 college ice hockey season, Frederic continued to impress this year with 32 points and a personal best 17 goals. Additionally, the center managed to score five goals for the USA World Junior Team, including four goals against the Czech Republic to help the USA earn bronze in the annual tournament.

Cameron Hughes, albeit a lesser-known figure, should still provide some significant contributions to the Bruins’ organization. Hughes was selected by Boston in the sixth round of the 2015 NHL Entry Draft following his freshman season with the Badgers. After spending his junior season as an alternate captain, Hughes was promoted to captain during his senior season Badgers, bringing some intriguing leadership skills to the Providence Bruins as they gear up to qualify for a Calder Cup Playoff berth.

Over the four years he spent at Wisconsin, Hughes totaled 92 points in 139 games. 69 of his points were assists, showing his ability to find open teammates and generate offense through more of a passing/playmaking style.

With both players occupying the center position within the Badgers’ top two forward lines, the two prospects should provide the Providence Bruins with important depth at center. With Jakob Forsbacka Karlsson, Colby Cave, Ryan Fitzgerald and Jordan Szwarz as some of the more productive centers playing for Providence, Frederic and Hughes gives the AHL team a few more options to set up their lines in future games. Add Ryan Donato and Jack Studnicka, who aren’t eligible to play in Providence quite yet, to that crop of centers, and the Bruins look to be set down the middle for the foreseeable future.

Signing Hughes and Frederic was a very shrewd move from Boston’s perspective, as it now gives the Bruins some reinforcements for next season that will, at the very least, gain professional experience in Providence at the end of this season and all of next year. Considering both players’ entry-level contracts kick in by training camp next year, the Bruins could even provide them the opportunity to make the NHL squad at the start of next year.