To The Incoming Out-of-State Rutgers Freshman, You're Going To Struggle

Maybe you do get friends that stick and maybe not. Maybe you will get to talk to people, or maybe you'll be stuck standing by the corner of the room. 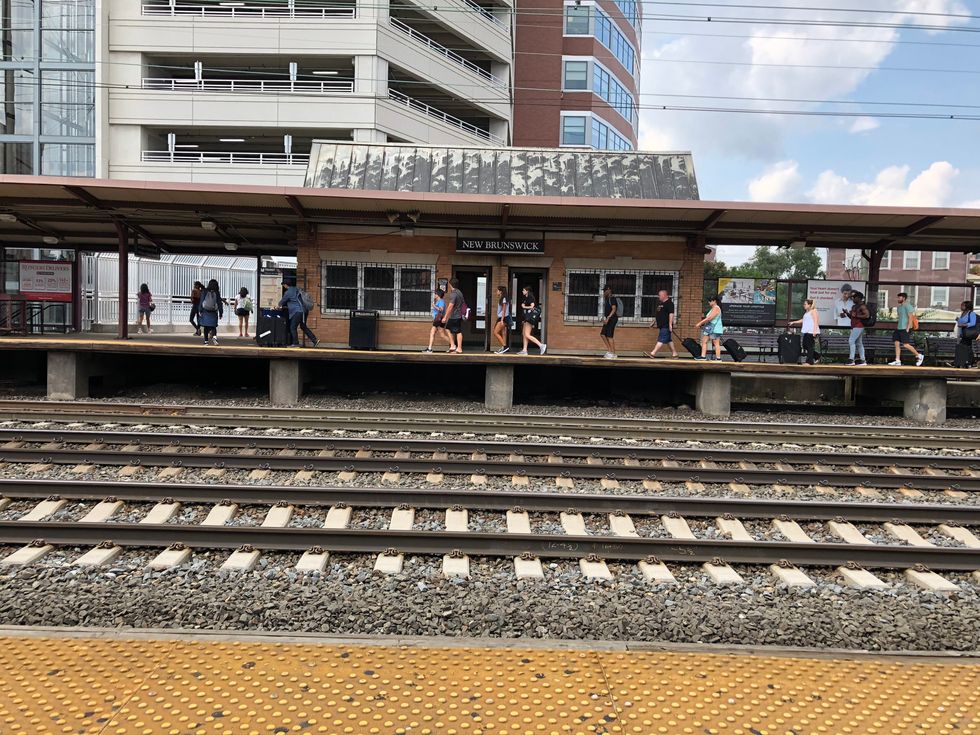 The most important thing to know, while you're reading this in May or June or July, is to ENJOY YOUR SUMMER. Don't bother trying to "get ahead," you can do that as you find your footing in school. Be a bum. Even if you're working, find every opportunity to be a bum.

I don't know why you chose to go to New Jersey. I'm sure your state is wonderful. I'm from Hawai'i, and the first response I get is, "Why are you here?" That's a wonder for me and the New Jersian, and no, I don't know why I'm here either. Education is pretty great and affordable at Rutgers, and we're right next to New York, might be one answer. But then again, it's not like we're studying at Princeton or NYU. And maybe Rutgers is a safety school for you, and the first step on campus begins the next step out.

Whatever you come here for, know that it is going to be hard... at first. Orientation will be a hit or miss. Maybe you do get friends that stick and maybe not. Maybe you will get to talk to people, or maybe you'll be stuck standing by the corner of the room. This is your first chance to get to know your place at Rutgers. It's not your only — there are many more.

Convocation will come quicker than you'd imagine. And again, you may get to shout over the rave with the strangers jumping up and down in the mosh pit, or you may find yourself wandering by the edges, in the hope that someone sees your hopelessness.

If you know people from Jersey, remember to reach out. This is when you'll need them the most. Let them give you a primer on the north-(central)-south Jersey divide, eating bagels for breakfast, the glory of Wawa, and the inside jokes about the counties and their small towns. If you don't know anyone, I feel you. Mind you, New Jersey residents comprise 82.5 percent of the Rutgers population. Rutgers is New Jersey. And if your home is not New Jersey, know that it's completely alright if Rutgers can't be a home to you—at first. The in-state students have their high school friend groups to start off with. You don't. In that limbo between Orientation and the first day of school, it's alright to feel lonely and isolated. I have.

Don't be so concerned with going to a frat party on syllabus week. There are plenty more parties to go to with your friends. Going alone underlies some serious sexism. Guys will have to deal with the ratio policy, and girls will have to deal with that oh so the institutionalized potential for harassment, drugging, and toxic masculinity. This is not even an over-exaggeration. Frats have been shut down for that, and no, spilling the tea on that is not for this article.

The first class I had was a lecture hall. The size might make socialization intimidating, and yes, there is the tendency to keep to one's self and go the entire semester in that class without having talked with a single soul. But you might chance a conversation with the person sitting next to you, asking help on a certain topic, an assignment, or who knows what. If you've not AP'd out of Expos, expect a classroom. This will feel a lot like high school, so yes, do hit up the people in your class for help or lunch. More likely than not, they're dorming on the same campus as you, or even on the same floor.

Be sure to go to the Involvement Fair. I assume you have very niche interests, so be sure to find other people with very niche interests. The school is unbelievably massive, with over 800 clubs, sororities and fraternities combined. It's in the clubs I'm in that I've found some of my constants. Dispose of the notion that clubs are "a high school thing," they're also "a resume thing." If you have the chance to get involved (you will be hearing that phrase so much, "get involved," trust me), do get involved. Take on a leadership position, start a fundraiser, do something.

This is probably applicable to all freshman, but it is tempting to chew more than you can handle. Most probably, you will. Your first semester here is an important lesson in letting go. Feel free to drop a club. Don't ghost them though. Take note of the Withdraw deadline (don't feel ashamed of the W on your transcript) and protect the GPA. And if you get an F or a D or a C+ or a B+, remember that you have seven more semesters to go, not including summers and winters.

It is hard to accept that you cannot do everything, and it will be stressful trying to. CAPS is so important, especially if you don't regularly go home to a nearby state like New York. Even if they are not a lifeline, as they are for many who have mental illnesses, they are still vital to your wellbeing. Make them a place to vent or a place to heal. The people at CAPS will tell you this but hear it now: they are one of your support.

If you're not vegan or vegetarian, make sure to treat yourself to a steak, once or twice a month. Grab some from Henry's, if you're feeling frugal, it's four dollars extra, and if not, it's ten. But I don't like steak? Fine, anything you're craving. Reward yourself with food, because eating dining hall food ain't going to sustain you for the year. Oh, also remember, you're not limited to dining hall food—my personal favorite swipeable non-dining hall place is Harvest on Cook/Doug. I won't tell you what to get, that's for you to find out. Also remember, you can swipe at the Starbucks Truck, my mistake was paying for a drink the first time. Follow their Twitter to know where they are.

Should you be from the warmer parts of the country, grab a winter jacket before October. Climate change is real, and it's making New Jersey weather rather unpredictable. Grab boots while you're at it. Enjoy the snow when it comes, but heads up, the people here hate it for a reason.

I'll make mention of sports very briefly. If you're a diehard football fan, you're in luck — the lottery practically guarantees you a slot.

And if you aren't a sporty person like me, go to the Penn State game. It's fun chanting, "f—k Penn State"!

Know that you will get the hang of things eventually. You'll know all the best places to eat on Easton, you'll find those little lesser known academic services, you'll finesse grades, and go on to claim to know everything there is to know about that noisy college town. Eventually, the New Jersians will get out of their high school groups and make new ones. You will be a part of those new groups. Hell, you might even get to be a part of their high school groups. While you adjust, remember everyone else adjusting too. And one day, not soon, Rutgers, like New Jersey, will become a home.

PS: If you're not from New York, do go to the city.