Our Society's Definition Of Success 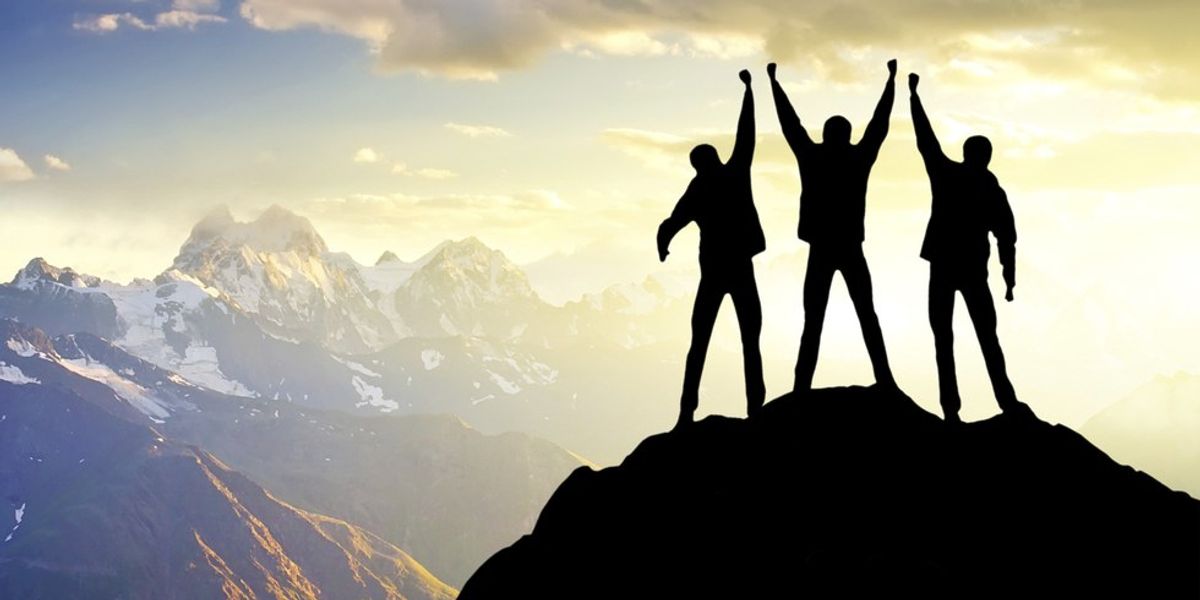 Since we were little, we have been taught that school is important. We have to stay in school and do well. When we would ask why, we were prompted with the typical answer of “You have to get into college and be successful!” Once in high school, the pressures of getting into college became heightened and much more real. Junior year, we began to take our Scholastic Aptitude Tests and started drafting lists of schools we would apply to in the fall.

Throughout the whole process, everything felt so hectic and there wasn’t much time to take a step back and evaluate why you were doing all this. Sometimes it even felt like we were being pushed into this. We had to do well, because we had to get into college, because we had to get a degree in order to be successful. Without a degree, we wouldn't be able to make money to support ourselves for the rest of our lives.

We’ve been told this for our whole lives, causing our ultimate fear to be “not succeeding.” Thoughts would constantly run through the back of my head, making me worried about getting a job that paid well enough and doing well enough in college to succeed in the “real world.” I was worried about being a disappointment and a failure, and I thought that’s what I would be if I didn’t get into the right college and declare the right major.

All of these are facts that have been ingrained in our heads not only by adults since we were little, but also just by the society and the system we use to function in, in this country especially. It’s pretty much true that if you don’t get a well-paying job you won’t be able to make enough money to be considered “successful” in our society, at least financially. When we talk about people who are successful, that generally comes hand in hand with being very wealthy.

I don’t feel like I can conform easily to this system we live in, and I don’t want my life to be defined by it. I don’t particularly enjoy or thrive in any of the fields that are considered to make good money, and I don’t want to focus my whole life around making enough money anyway. I think it’s unfortunate that the world works in a way that rewards those who are wealthy, since experiences and travel and mostly anything that we want costs a lot. Those that are financially well off can pay for a plane ticket, and those who aren’t, can’t. It’s unfortunate to me that the latter group of people are basically being told by society that they can’t have these things because they are not successful enough to have them, because they don’t have enough money for them. It may not be direct, but that’s the message this system sends.

To me, success is something different. Success is not doing well on a test that was designed to make me fail if I can’t memorize 100 vocabulary words. It’s not getting a job that pays a lot, if that means I’m not happy doing the job. Success to me isn’t making money, ironically, at the cost of pushing aside all the other things I love to do. Working a standard office job and having my family live in a nice area in a nice house is not my definition of success. If I’m not happy with the quality of my life separate from my income, then that is not success.

Success is being a good friend even when you feel like you get nothing in return. It’s being able to reflect and improve yourself as much as possible. It’s being open to learning as much as possible and wanting to broaden your horizons as often as you can. Success, to me, is being a person that contributes something to society, and is a positive addition to our world. It is not defined by a piece of paper proving you graduated or a stack of money in a bank account. It’s defined by your quality of life, your happiness and your effect on the world around you.

So next time you feel obligated to follow the path our society has provided for you, remember to take a step back and evaluate if it’s going to make you successful, in your own eyes. If it’s not a positive contribution to your own quality of life, then it’s not success, even if everyone else is saying that it is.

Nicole Marie Nigro
Individual Creator
8407
c1.staticflickr.com
Where to start...... Let me start with the cliche that life throws us curveballs and what we do with it is what counts.