Just because it's different doesn't mean it's wrong. 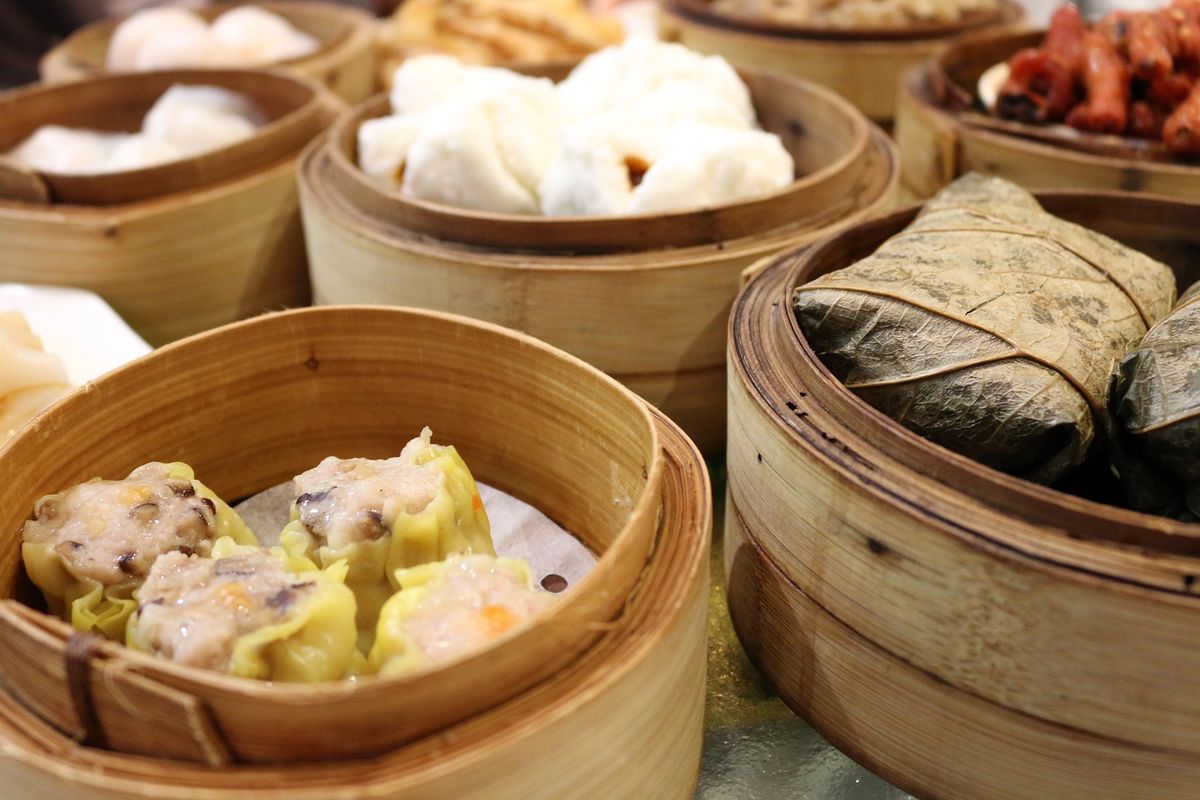 One day in second grade, my dad packed me lunch: rice, pork and pickled cabbage glass noodles, and stir-fried bok choy. He put all the food in an insulated thermos, and even included Winnie the Pooh chopsticks in their own special container!

I went to school so excited to eat my food - those glass noodles were my favorite. When I opened the thermos during lunch, the kids on the other side of the the table acted like they were gagging.

“Why do you bring such weird food”

“Why can’t you bring normal food?”

Normal food? This was normal to me. My best friend at the time was Japanese/Taiwanese; she envied my thermos of goodies and kept telling me how good it smelled. The other kids’ comments weren’t lost on me, though. I ate as quickly as I could, trying to keep my little chopsticks out of sight when I heard, “Hah, she brought chopsticks? That’s so Asian!”

They said it like it was a bad thing. I bought lunch every day until middle school culmination since then.

Most of the time, these comments aren’t made with ill intent. If you had only ever seen kids bring sandwiches or Lunchables, of course a thermos full of glass noodles and bok choy would be strange to you! However, that surprise - oftentimes shown as disgust - can lead to a sense of alienation and even shame among our peers because of our heritage. And it’s in those years of childhood that such insecurities develop and linger way past our teenage years.

Bringing seaweed or matcha Pocky as a snack to school meant confused questions and strange looks. Having non-Asian friends over meant taking an extra trip to Ralph’s to buy “acceptable” snacks the day before because even if they were hungry, they refused rice crackers and shrimp chips (“These smell, um… interesting [nervous laughter]. Do you have bagels?”). We didn't go to Ralphs or Vons to get our food; we went to 99 Ranch Market and other East Asian grocery stores. I was often ashamed of our fridge at home because we had jars of fermented sweet rice, chunks of wood ear, and packets of dried small fish instead of mayonnaise, cabbage, and cheese.

I've heard these kinds of comments in college, too. Well-meaning people might mention, "You probably shouldn't put [traditional Asian ingredient] with [common American ingredient,” or “That smells so weird. Why do you make such weird food?” not realizing that the implication that your food culture isn't acceptable can be hurtful. Chinese chives with shrimp and eggs makes a delicious stir fry, by the way.Back in elementary school, having “weird” food made me feel like I didn’t belong - like the food I ate was somehow “wrong” because it didn’t fit with American norms.However, the prevalence of Asian “foodies” and other popular food blogs have pretty much normalized cuisine that many outside Asia were once unfamiliar with. Watching YouTube channels about worldwide food travels, reading websites sharing traditional recipes and authentic ingredients, and seeing other American-born Asians grow past the same experiences I did via social media, I realized: I’m not weird - it’s just how I was raised. My food culture may be different than yours, and that’s okay. Thanks to the rising presence of these Asian content creators, I now use my “weird” food as an opportunity to educate those on my heritage and culture.

If those kids back then had a little more exposure to Asian culture, they might have known that glass noodles are eaten widely throughout Asia, or that bok choy is both yummy and a nutritional powerhouse. If they had known how delicious dried seaweed tastes or how addicting Pocky can be, they probably would have asked me to share instead of side-eyeing my snacks. Food can be the first step to exposure - and acceptance - of an unfamiliar culture.

I'll admit that despite being born and raised in the United States and surrounded by American culture, American food habits still surprise me sometimes. It wasn’t until the seventh grade that I discovered most Americans don’t eat rice with every meal. I couldn't believe it when I recently found out that many people - save for vegetarians/vegans - don’t incorporate tofu into their daily meals. Many Asian families discourage drinking water during meals, and a lot of us don’t have “breakfast” breakfasts (having soy sauce noodles and Chinese water spinach for a first meal isn’t unusual).

From pork sung sandwiches to ham sandwiches, Bento boxes to lunch bags, traditional Asian food and the culture surrounding it is certainly different than its American counterpart. And that’s the beauty of it, isn’t it? We can appreciate the differences in ingredients, spices, cooking methods without looking down on one or the other - some geniuses even combine the best of two cultures (bless whoever who came up with Korean tacos). When you’re trying authentic food from a different culture, the flavors may be unfamiliar and more pungent than you’re used to… but just because it’s different doesn’t mean it’s wrong. You never know what you’ll end up loving, especially if you keep an open mind.