The Ornate Palais Garnier in Paris

A little bit of the history behind this magnificent work of art. 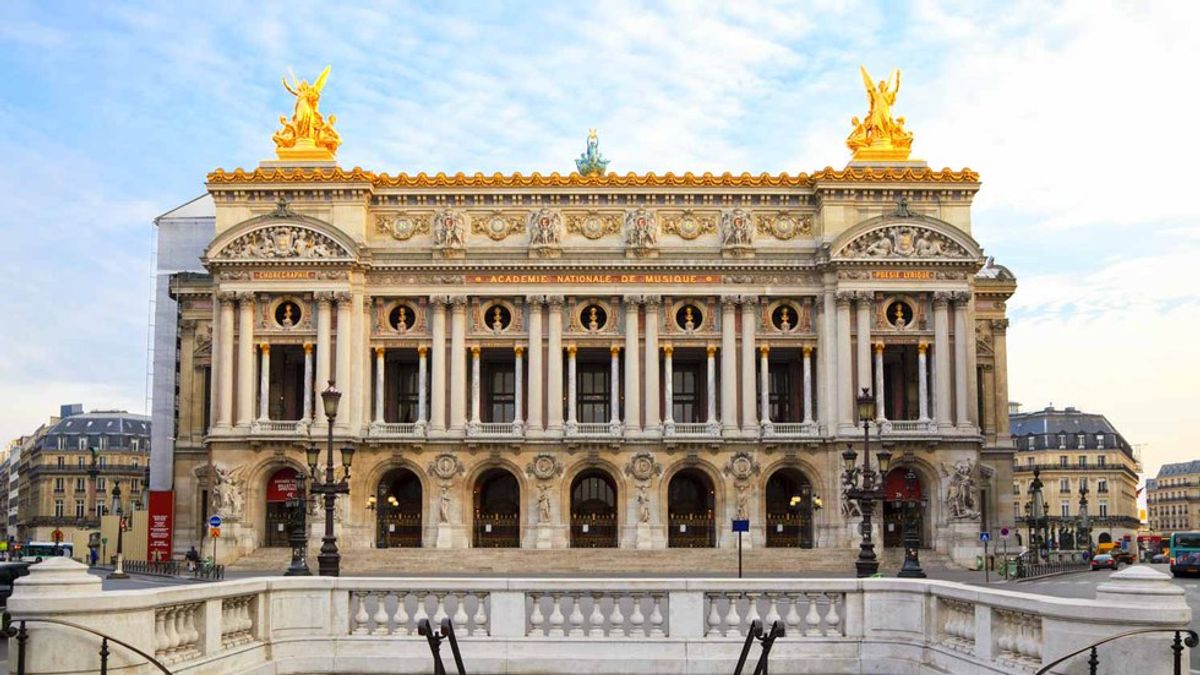 The Palais Garnier, in France, is the thirteenth theater to call the Paris Opera its home since the opera’s foundation in 1669. Napoleon ordered the construction of the Palais Ganier as part of the Parisian reconstruction. The architectural duties were won by Charles Garnier, who was at the time an unknown architect. Construction was interrupted by many events, including but not limited to, the 1870 war and the empire’s demise. However, builders, architects and leadership persevered and the Palais was completed in 1875.

Le Palais Garnier is incredibly beautiful and ornate. It was built predominantly in the Baroque Revival style of architecture. However, it was not of the typical time period for Baroque artwork, which would have been the 17th and 18th centuries, as opposed to the 19th century. It’s no surprise that the Palais was built using Baroque techniques. That style was considered required curriculum at Paris’ foremost school of architecture. Perhaps this was because of the style’s inherent regality and sensation of imperialism and power. Le Palais is beautiful, to be sure, but it is also impressive and to be respected; impressions easily applicable to the French regime at the time.

The house contains an incredible marvel of a staircase, built out of various colors of marble. The staircase is a pathway to the foyers and multiple levels of the opera house. At the base of the stairs are two bronzed female figures, each one with an outstretched arm upholding torches of light. Le Palais also contains a library and museum which holds record of the opera house’s 300-plus year storied history. The library and museum are located in the west wing and were originally intended for use by the emperor. After the empire’s collapse, work was never fully completed in that area of the house and to this day, remains as it was in 1870, only adding another rich layer of history to an already fascinating work of art.

From the foyer, one can experience a wonderful view of the Grand Staircase. The vault of the foyer contains beautiful mosaics positioned against a gold background for audiences to admire as they stroll past. The foyer was recently restored, in 2004. Garnier had intended for the foyer to resemble that of a classic noble’s residence. An exquisite painting documenting the history of music adorns the ceiling. Mirrors and windows only enhance what is already a quite large space. A bust of the architect himself, Charles Garnier, looks out the window toward the Louvre, another Parisian landmark.

The Salon du Glacier is a rotunda, with a very 1900’s feel to it. A large chandelier sits in the middle of the ceiling with a painting surrounding it. The painting depicts fauns and other mythical creatures dancing and enjoying themselves. Along the walls are tapestries displaying various drinks, fishing, and hunting.

The main attraction is the auditorium itself, where all of the magic happens. The room has a red and gold theme, and is lit by an enormous chandelier that weighs about 16,000 pounds. The horseshoe-shaped auditorium was built and decorated with Italian style in mind. The room contains velvet seats for 1,900 guests and boasts an amazing house curtain that creates an illusion for the mind’s eye and imitates a draped curtain with gold braids.

The Palais was built in a time which saw an emperor’s reign over France, and its architectural style reflects this period. The Palais was constructed like a throne room, giving off a pervasive scent of elitism and exclusivity. The Palais’ baroque revival style represented the past and the regalia of tradition.