It's not as bad as it looks. 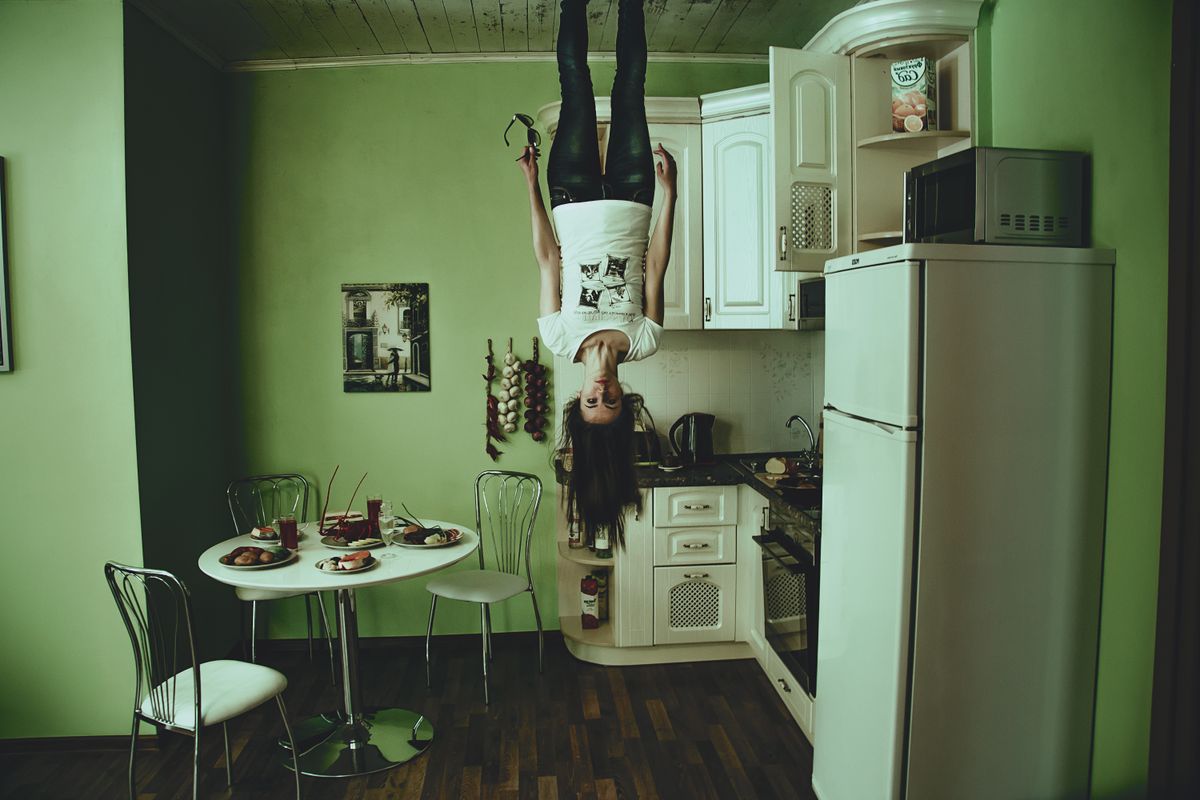 If you don't know already from reading my past articles, I am a freshman in college. At 18 it's hard, if not impossible to have your life together, but I'm doing the best I can. I used to pride myself in being a very organized person, that was always a trait I used to describe myself. As I've grown up though, I've slowly become less and less organized.

Here's the thing though, I still think I'm pretty organized. My life may look like a mess on the outside sometimes, but in my head everything makes sense. I honestly think this is more of an accomplishment than anything. It proves I don't need physical evidence that my life is put together. It is almost a sense of enlightenment, knowing without seeing. I know there are others just like me out there, so here's a list of things we organized messes know to be true.

1. You know where everything is... but no one else does

People often come into your room looking for something specific, but to them the place looks like a foreign planet- good, that’s what we want. We don’t need you snooping around and we like the way our room looks as is, so don’t try to tell us to clean it.

2. You have a planner, but only sometimes use it

I know for me it helps to have a planner to get my thoughts down on paper when I’m having a very overwhelming day or week… but I don’t use it constantly. There will be some weeks where it will be Wednesday and it’s the first time I’ve opened my planner all week. It’s the same concept as the room, we know exactly what we need to be doing each day, we don’t need everyone else to be able to easily figure out what that is.

3. You get random cleaning urges

Although you are perfectly content with the amount of disorganization at your disposal, sometimes you would much rather dispose of it. It’s relaxing and makes it seem like you’ve got your life just a little bit more together than you did before you organized (though as I said, this disorganization doesn’t cause us worry)

4. You probably don’t use folders

You have all the intention of using them, just like your planner, but you sometimes forget you own them and that’s just one more thing to remember to grab when you’re running late out the door, it’s just easier to stick papers in between notebooks.

Ok, maybe basically always almost late and sometimes very late. But you’re never just a few minutes late. It’s either right on time or an hour late, there is no inbetween, that’s not how you roll.

6. Your phone is almost always in low power mode

You just don’t always have time to remember to charge it, and you’re always on the go.

7. You hardly ever try to look nice

It's just school, there is no one you're trying to impress. Besides, looking nice would mean we either have to get up earlier or be even later to class than we already are, neither of which seem like a viable option. Plus, when we do dress up, you are going to be so shocked- it makes the fact that we are dressing nice stay meaningful.

If it's not one thing it's another. This includes dates as well as objects... sometimes you forget to eat. We don't mean to, we really try our best, it's just inevitable. Your water bottle is a big one.

It's just who you are, and it's not a bad thing. Like I said, your life isn't as disorganized as it might look, it's all about your mindset.