Mental Health And People of Color

"When you're woke, it becomes hard to go to sleep."
- Random Acts of Flyness (Episode 6) 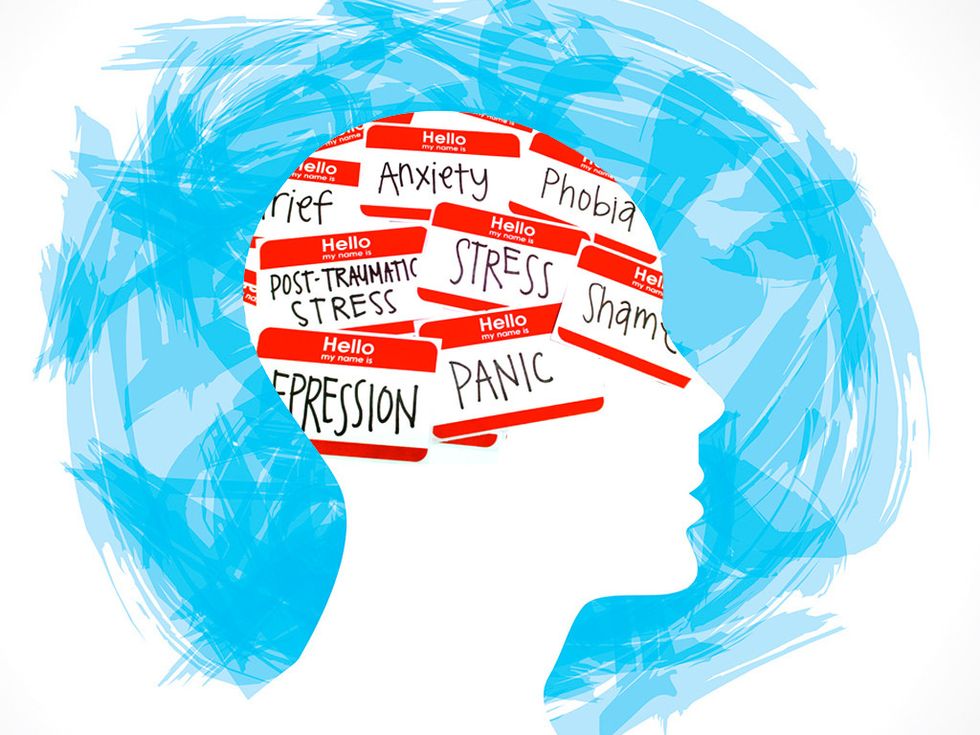 "When you're woke, it becomes hard to go to sleep."
- Random Acts of Flyness (Episode 6)

"Are you staying here?"

A seemingly innocent question. Yes, I was wearing a conference lanyard. Yes, I was performing the role "scholar at a conference" fairly well (laptop clutched under arm, pen held in hand, body wrapped in socially acceptable business attire, etc.) however, a member of the hotel staff still felt the need to question my existence in this 5-star hotel.

Before being pushed into a new state of awakening of the sheer violence that is life as a Black person, I would have smiled and simply answered her question. But not now. Now that I am aware of the many faces that racism has taken (historically) and the way my Black body looks against a White background, I have entered a place of hyper-racilization. Microagressions and odd questions from aversive racists sear through my skin leave scars. The scar burns when I'm alone with my thoughts in the shower wondering "what did she mean by that?" The branding infiltrates my cognitive spaces as I replay the moment 10-15 times trying to better understand the situation. I am not okay.

More literature is being dedicated to examining the role that racism and discrimination plays in emotional and psychological distress. Studies have shown that racism has the potential to increase the risk of stress, cold symptoms, cardiovascular disease, mortality, and depression.

An article by the American Psychological Association based on a meta-analytic study that examined perceived racism and mental health asserted that: "For Black American adults, perceived racism may cause mental health symptoms similar to trauma and could lead to some physical health disparities between blacks and other populations in the United States."

Researchers examined 66 studies for a total sample of 18,140 Black adults in the United States. According to the study, Black Americans' psychological responses to racism are very similar to common responses to trauma, such as somatization, interpersonal sensitivity and anxiety.

In a separate study published in the Journal of Counseling Psychology, a sociocultural model of stress and coping was tested in a sample of 215 African Americans. The study found that race-related stress was a significantly more powerful risk factor than stressful life events for psychological distress.

Even when Black Americans are not personally on the receiving end of racism, social media feeds are full of images and videos of brutalized, bleeding, battered, Black bodies. There is video footage of White officers punching a Black child and pulling up her shorts to expose her as she is pinned down. There is video footage of a white officers straddling a Black teenager outside of her community pool. For activist (or aware individuals in general), third-party sources and first-person experiences of race-based trauma create a violent accumulation of negative mental outcomes.

They will not be linked here because the purpose of this discourse is to go beyond consuming Black pain and death. If you feel inclined, a simple google search can give you access to hundreds of pornographic images and videos of our violation.

Black Americans are constantly faced with the reality that their lives are not protected.

Licensed clinical psychologist Monnica Williams studies the epidemiology of PTSD in minorities and explains that it can be incredibly traumatic for people of color, particularly African American children to see Black death in the form of these violent police encounters. In a Psychology Today article, Dr. Williams studies the link between racism and post-traumatic stress disorder, which is known as race-based traumatic stress injury, or the emotional distress a person may feel after encountering racial harassment or hostility. Williams acknowledges that race-based stress reactions can be triggered by events that are experienced vicariously, or externally, through a third party — like social media or national news events.


This opinion piece is to make people aware of the psychological toll that racism and racialization has on racialized subjects. From a personal standpoint, I am looking for ways to silence the pain and panic attacks. I urge others to prioritize self care and healing as well.

Related Articles Around the Web
racism
Report this Content
This article has not been reviewed by Odyssey HQ and solely reflects the ideas and opinions of the creator.