We Ain't Afraid Of No Trolls

The epidemic of online harassment directed at women. 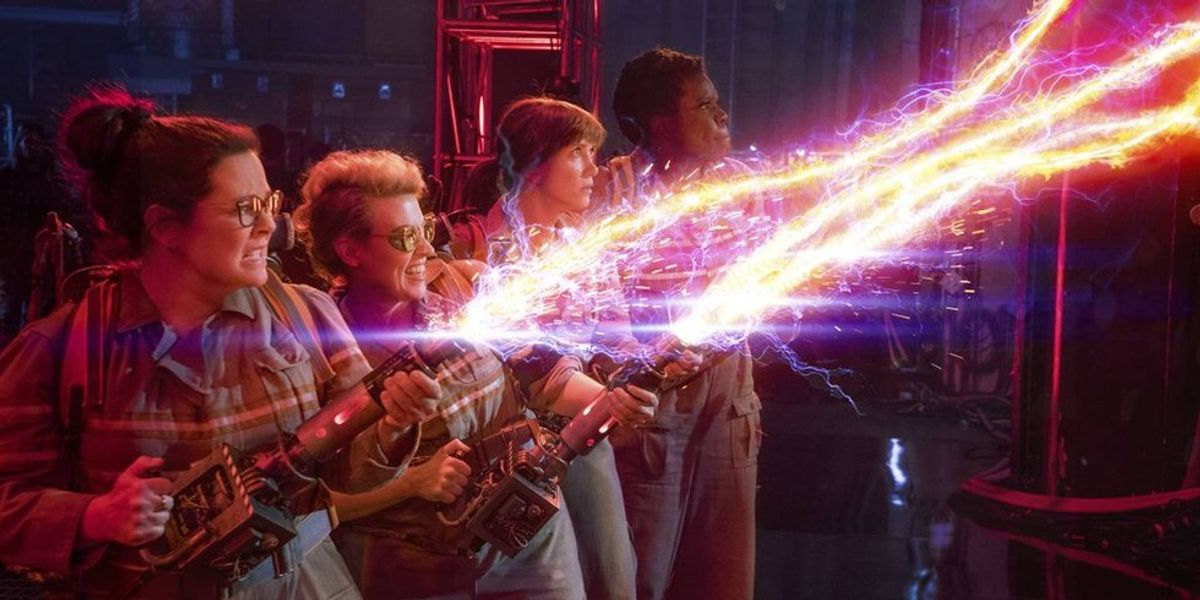 Online harassment has become an epidemic on social media. Ask any woman who's used a dating app or voiced an innocuous opinion online and they probably have a story about being digitally accosted. If it hasn't been you personally then you probably know someone that it's happened to. I know I do! Any person who isn't a white cis-gendered male knows that being online is dangerous terrain on a daily basis. For this particular article I'll be focusing on women but I want to acknowledge first and foremost that the issue effects a veritable rainbow of victims. Sexist, homophobic, and racist hate speech are thrown out in a constant stream of mindless spite. Sometimes it's not just simple name calling, either. People have reported being threatened, spammed, and stalked online. The response so far has been disappointing as legislators just can't seem to keep up with technology. Many women have been forced to take a passive approach to the situation by ignoring the attacks, but how long can we continue to ignore offensive behavior? Just because it's over the computer doesn't mean it's not real, doesn't mean that it's not terrifying! How long can we continue to tell women to just turn it off, cancel their accounts, or change their behavior instead of persecuting the attacker? It's time we step up to put an end to cyber-bullying and online harassment because it has gotten way out of hand. Free speech and hate speech cannot continue to be protected as if they were one entity.

Social media basically runs our lives these days. We use it to stay in-touch with friends and family, stay connected to the news, vent, and date. But I want to address the fact that men and women experience all of this in very different ways. If you're not a white, cis-gendered male, then anything you say and do online is under scrutiny by antagonizers waiting like snipers for the chance to scream at you and call it "free speech". Anything goes when you're wearing the mask of cyber inconsequence. In the news last week was a story that women, especially women of color, know all too well. With the recent release of the new Ghostbusters, starring four amazingly talented women as our spectral-lassoing heroines, came a different sort of creepy-crawly that likes to lurk about and terrorize the masses; Internet Trolls! The sexist torment actually began with the release of the trailer several months ago and it hit a spike when the movie was released July 15th. One of the movie's stars, SNL's Leslie Jones, was the target of a disgusting display of male importance on Twitter. She was bombarded with racial slurs, pornography, and was likened to a gorilla. I was outraged to read one of the tweets that suggested the actress could play "Harambe"- the gorilla who was killed at a Cincinnati zoo after a toddler wondered into the enclosure- in a movie about the animal's demise. She was brought to tears by the hate she witnessed,though, in an interview with Seth Meyers, she said she wasn't unfamiliar with the specific insults. Thanks to Leslie's strength in speaking up and the Twitter team many of the offending accounts have either been warned or permanently terminated. This was an important but admittedly small step in the right direction for all the women who experience these types of attacks.

Ms. Jones' horrific experience was what prompted this article and my digging into the statistics of harassment of women online. What the writer-actress endured is something no person should have to worry about when logging onto social media. It's meant to be a space where you can have fun and relieve stress. But the reality is, people misuse it everyday for malicious means, to hurt others and cause pain. According to the Pew Research Center in a 2014 study, ""60% of internet users said they had witnessed someone being called offensive names. 25% had seen someone being physically threatened. 19% said they witnessed someone being sexually harassed and18% said they had seen someone be stalked." Those are pretty solid numbers that we really shouldn't be seeing in a civilized society. According to the same study, young women (18-24) received a "disproportionate" amount of online sexual harassment and stalking in comparison to their male peers. 26% of the women surveyed by Pew said they were stalked online and 25% revealed incidents of sexual harassment. I wasn't exactly surprised by these numbers. Just googling "online harassment" brings up overwhelming amounts of literature and personal testimonies. Many fear that it's become the norm.

Online, women experience the whole gamut of denigration and verbal assault. From cyber-bullying (harmful name calling and belittlement) to actual threats on their physical person. A lot of women report having men threaten them with rape. They threaten to find them and kill them. "It's not just words. Those words are chosen very specifically to make women feel threatened in ways that it might be difficult to make some men feel threatened," said Tara Moss - Canadian author, UNICEF ambassador and women's rights advocate - in a quote to CNET. The site also reported on a study done by the Norton security firm that shows 47% of women surveyed in Australia report having experienced some form of harassment on the internet. The article goes on to say that the number jumps to 76% when you look at just women under the age of 30. In a case last year a young woman named Olivia Melville (age 24 at the time) had her tinder profile captured in a screen shot and posted to Facebook with the caption "Stay Classy, Ladies." Melville recounts the incident as "terrifying" because her image was plastered everywhere. A 25 year old Australian man is now facing jail time because of the 50+ comments made on the picture, most of which were threatening and sexually explicit. The man made the threats after Ms. Melville's friends attempted to defend her online. Some of his derogatory comments included: “I’d rape you if you were better looking,” and “[women]deserve to be taken back to the 50s [where] you’ll learn to know your role and shut your damn mouth.” After the aggressor was arrested he claimed he didn't realize it was against the law because it was online. Court documents quoted him as saying he was "trolling a group of feminists that were harassing me and my friends".

This is where the laws begin to fall behind on the times. Cyber harassment laws vary greatly globally and nationally. This instance in particular takes place in Australia where, because of this case, the law stating "using a carriage service to menace, harass or cause offense" now includes online harassment, making it a criminal charge. America is just starting to catch up. Law Professor Danielle Citron of the University of Maryland who wrote the book Hate Crimes in Cyberspace, emphasizes that we're only just now treating these incidents as actual threats. But the sentence in Australia is a win for women who've been victimized by cyber hate anywhere.

Remember that it's important for you to stand up to people who think a computer screen can protect them from the consequences of their actions. Misogyny cannot be allowed to control the internet with an iron fist. We can't let it go on anymore! Death threats are unacceptable. A woman should not open Tinder to find that someone she has rejected has left a page long comment calling her an " ugly whore" and saying he was "throwing her a bone". That's not hyperbolic, I've seen tumblr blogs dedicated to the horrible messages women have gotten on Tinder and OKCupid. Hate speech both off and online should not be tolerated or ignored because its continuing to be a problem that too often leads to actual violence. We as a people have to remind the government that hate speech is not the same as free speech. Remember that words hurt and leave scars. Words incite action. Threatening someone with rape, degrading them, and shaming them in order to achieve the Alpha Male power you crave is disgusting! This power you think you wield over women because you've been taught that through violence you can control someone is a disgrace. You can't siphon your power from us anymore. We ain't afraid of no trolls!

Nicole Marie Nigro
Individual Creator
9760
c1.staticflickr.com
Where to start...... Let me start with the cliche that life throws us curveballs and what we do with it is what counts.