On Losing My Dog

Never have I ever known such heartbreak. 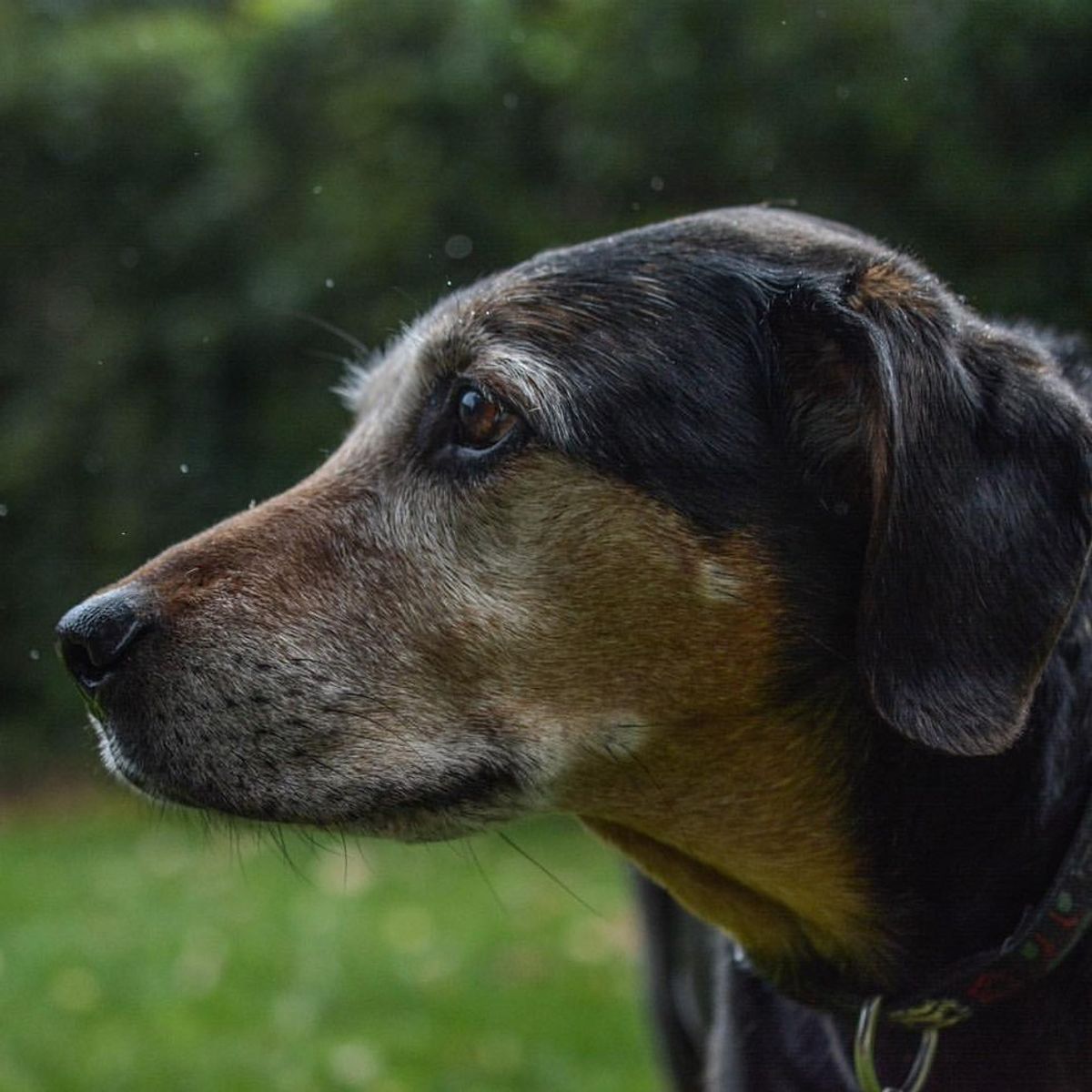 Two weeks ago, I lost my dog, Daisy. She was 12 years old and suffering from an aggressive form of bone cancer that had rendered her back legs unusable. She was in so much pain and it was unfair to let her suffer, nor did we want to witness her, who had only ever brought us joy, anything other than happy. We elected to put her down, and she went peacefully and gently.

Daisy came into our lives rather unexpectedly. We had just put down our beloved Rottweiler a few months earlier, when my mom’s friend told us that a family in the next town over was giving away puppies. Their labrador had gotten a bit frisky with the neighbor’s dog and produced a litter of mutts that they were looking to give away. We decided to just go check the puppies out, with no intention of taking one home. As fate would have it, however, we wouldn’t go home empty-handed.

My mom picked up the runt of the litter, a tiny little thing with distinctive brown markings and oversized ears and paws. She was considerably smaller than her brothers and sisters, but her sweet brown eyes made her irresistible. When my mom picked her, she dug her claws into my mom’s sweater and bore eight tiny holes in the fabric. My mom couldn’t even be mad that her sweater was ruined because from the start, she was that lovable. We didn’t realize then that she was digging her way into our hearts.

In addition to being lovable, she was smart. In the summer, we’d go up to our lake house for the weekend and naturally, we’d bring Daisy. Our lake house was her favorite place in the world; she loved to swim and would spend hours paddling around Sebago Lake, chasing after ducks and frogs and any other creature that crossed her path. One weekend, however, after two days of swimming and sunning and relaxing, we left for home—without Daisy. We were leaving in a hurry and she was blissfully napping on the couch inside. We were an hour from home when we realized that we’d left her behind and immediately turned around to retrieve her. We found her waiting right by the door, expectant and dear as ever. Every trip our lake house after that, Daisy would be the first one in the car as we started to pack up because from that one instance, she had learned.

I have always been an avid animal lover, and my love for Daisy proved no exception. She and I grew up together. We went through everything together. She was there for my first boyfriend and subsequent first heartbreak, lying next to me as my hot tears fell onto her soft black fur. She was there when I tore my ACL and had to get surgery, sitting next to me on the couch and licking my face to heal the hurt. She was there for my first college acceptance, jumping for joy alongside me as I squealed for joy that I actually had a shot at a worthwhile future. She ran alongside me in the sun and snow and rain. She curled up next to me at night. She greeted me with the same amount of enthusiasm every time I came home, whether I’d been gone for five minutes or five months.

She was my girl and I was hers, and we were an inseparable duo. I remember her sneaking into my room in the wee hours of the morning, nudging open my bedroom door with her cold black snout and leaping onto my bed. It was those quiet moments with her that brought me so much joy, just being able to be with her. I know it seems insane that at 21 years old, I am taking this so hard, but in these 21 years, I have never known a love so pure and nothing has ever brought me such insurmountable joy. My only hope is that I brought the same to her.

Daisy spent the better part of her life in Maine, moved to an apartment in Chicago when she was nine, and finally, she moved to Northern California for the last year of her life. She lived as full of a life as a dog could. She chased countless squirrels and birds, a testament to her retriever bloodline, though she could never actually catch one and hurt it because that just didn’t fit her gentle nature. She bounded through our backyard every year when it snowed, her black fur in stark contrast against the fresh white of the first snowfall. She loved car rides (even to the vet), licking the dirty plates in the dishwasher, and little kids, whose faces met perfectly with hers so she could shower them with kisses. When we introduced our pug, Charlotte, into our family, Daisy took her as her own, grabbing Charlotte by the scruff of her neck when she got a little out of line. Though as I sit here writing this, crying, I can’t help but be at peace knowing that she’s in dog heaven, chasing after ducks and taking car rides and leaping through the snow once again.

Daisy never knew how to do anything but love. We called her the “Mother Teresa of Dogs,” because all she ever did was love. She taught all of us to love her, and one another. In a family as big as mine, with all of its dynamic personalities, it’s hard to find a common thing on which we all agree but for us, it’s that Daisy was the best dog in the world. If the worst thing she ever did was shed her black fur on, well, everything, then so be it. I am so grateful for the love she brought into our lives, and I intend to carry that with me in the years to come.

Nicole Marie Nigro
Individual Creator
9357
c1.staticflickr.com
Where to start...... Let me start with the cliche that life throws us curveballs and what we do with it is what counts.