It would be like the movie 'Grease' but with clout glasses and iPhones. 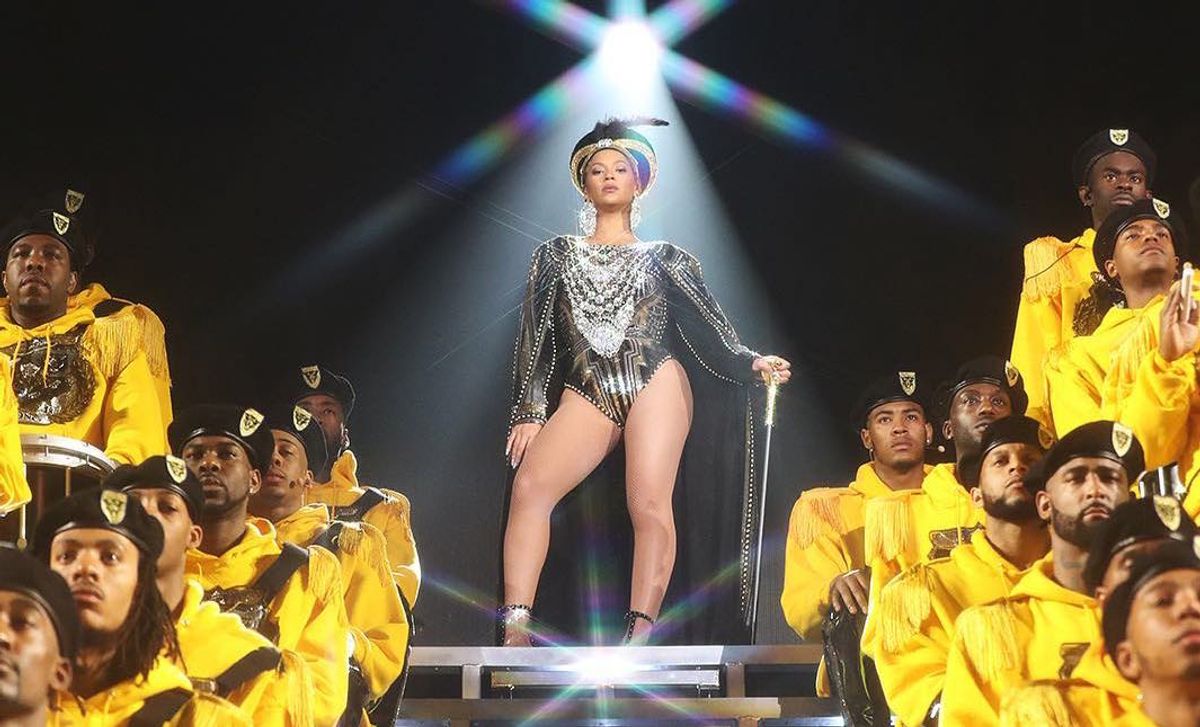 I had a dream the other night that I was in charge of the world. Not only did I get to live on a beach in Hawaii, but I also made the decisions and it was my job to make life's new rules.

When I woke up I started to think of what would actually happen if I was omnipotent, if I had the unlimited power to do whatever I wanted. It's a lot of responsibility, yes; however, it's my dream and my rules so responsibility doesn't exist in my world. I think there are a few things in our society that need to change. So, here are 14 things that would prove to be true if I were all powerful for a day.

Since it's my world, I believe all of the early risers should be penalized and everyone's days should start at 10:00 am. Anything that starts at seven or eight in the morning should be illegal and if you disagree you're crazy.

2. Pizza would have zero calories

Imagine a planet where you could order a large pizza all for yourself and it wouldn't change a thing. No, there's no catch, just the sweet, sweet taste of hot cheese. You can wake up the next day and go to the beach with a full stomach looking sexier than ever.

3. Drive-in Movies would make a comeback

Every time I see a movie I always think to myself, “this would be so much better outside, in the back of a pick-up truck, with a bunch of blankets, and all of my closest friends." You can't honestly tell me sitting in a quiet, dark theater with a bunch of strangers sounds better than that.

If I have to have a conversation about my major or where my hometown is one more time I'm going to die or boredom. I want to meet a person and talk about real sh*t! No more fluff. I want a stranger to introduce themselves and ask me what my greatest dreams in life are. Also, they should ask what kind of food I like because that's not small talk…that's just really important if we want to be friends.

5. Plane tickets would only cost the weight of your luggage

Why would I pay $200 to go to a place where I am only wearing four outfits? The cost of traveling is ridiculous and if my suitcase only weighs 45lbs then I refuse to pay more than $45. Also, this would help with my overpacking problem. If I just wore the clothes on my back to wherever I was going, not only would I be packing extremely light but it would be free!

Snow isn't allowed past March. There should never be a flake even attempting to hit the ground past February. If Jack Frost thinks he can come prancing in past St. Patrick's day then he can kiss my a**.

7. Bring your pet to work/school day would happen once a month

Why isn't this happening now? Everyone would be so much happier if a lab walked into their office. I don't want to hear about everyone's stupid allergies, ok? Pop a Benadryl and enjoy our furry friends.

8. It would be socially acceptable to bring in a bottle of wine to class

I know for a fact if this was a normal thing then all of my professors would be hammered. School is hard and I'm sure teaching is harder. So, why don't we all open a bottle of Pinot and learn some stuff?

I think if anyone needs time to take a nap it's college students and working adults. I know I would be a much happier camper with a 2:00 pm snooze fest than some whiny five-year-old.

10. Going out dancing would still be a thing

This could just be me and my love for old romance films but I think we need to bring dancing back into style. Grinding at a dark party with some drunk guy named Steve doesn't count. I'm talking about going out on a date or with a bunch of friends and actually dancing like people used to. It would be like the movie Grease but with clout glasses and iPhones.

I've snuck into a few concerts (shh) so I could honestly get into anything for free; however, for those of you without my awesome skills, this one is for you. If anything is more than $20 you better be in the front row. I mean I would pay $100 to watch Fleetwood Mac but that only get's me mediocrity in relation to the stage. And, if I pay $35 I'm in the nosebleeds. So, while I'm in charge for a day I hereby declare all concert tickets $20 or less!

12. Recess makes it past the fourth grade

You sit at a desk for hours at a time and it all adds up. Exercising sucks and not everyone can play a sport. This brings me to my next mission: recess. Remember when you were little and you and your friends would climb the jungle gym and play tag? Imagine how much fun you would have as an adult. Just head out to the parking lot with your coworkers and play a round of foursquare!

13. “I just didn't feel like going" would be an acceptable reason to miss class

It's Wednesday and you didn't get a lot of sleep last night. Time to email your teacher and think up some excuse. Hmmm…what if? What if you didn't need an excuse? What if you just typed out, “Dear Professor, I really just don't feel like coming today.

Thank you for your understanding it is much appreciated." Nervously awaiting her reply you get an email notification. You open up your inbox and there is her beautiful response, “Okay no worries, I completely understand. I'll excuse you for the day." Pure gold.

14. Everyone gets one night with their celebrity crush

They say you shouldn't meet your heroes but nobody ever said anything about meeting your celebrity crush. Think of that one person that you've dreamt of, that one person you see in the media and just think…damn.

Well, today is your lucky day! For one night only, no strings attached, you can sleep with Ryan Gosling or Adriana Lima! Anyone you desire is yours. Just hit me up if you have John Mayer's number:)