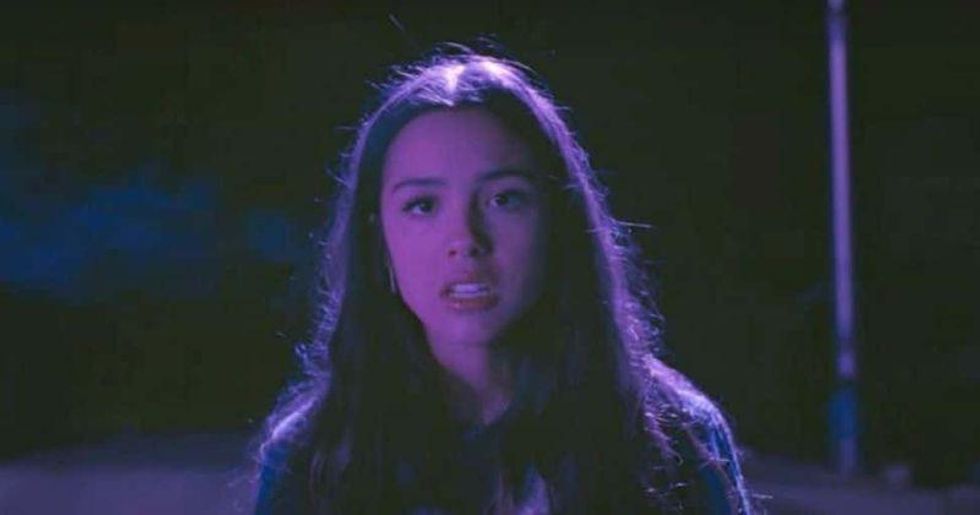 And if you're not paying attention, you should be-- because Olivia Rodrigo, at just seventeen years old, is the future of the music industry.

Rodrigo got her start, as many acclaimed singers have, from Disney channel, starring in the show Bizaardvark alongside Jake Paul and Madison Hu. In the show, which followed two friends' viral video channel, Rodrigo could be seen singing silly songs for skits. Little did we know, Rodrigo was a musical prodigy in the making.

When Disney+ released the show High School Musical: The Musical: The Series on the very first day of the streaming platform, viewers finally got to see just how incredibly talented Rodrigo was, with her character, Nini, belting a beautiful rendition of the classic High School Musical's "Start of Something New." The show took off in popularity for a wide range of ages, and more people began to look at Rodrigo as a musician rather than just a children's actress.

She gained a following on social media for not only being stylish and relatable, but for her original songs that she'd occasionally post. She frequently references female artists such as Taylor Swift and Lorde as her musical inspirations, and her songs have clearly been influenced by them.

It wasn't until her song "All I Want," an original written by Rodrigo herself for the Disney+ show, became a trend on TikTok that she really blew up. The song was charting on Spotify and iTunes-- something relatively uncommon for a live-action Disney show. It became certified gold as sales took off, and soon Olivia Rodrigo was a name known throughout Gen Z.

and that's on failed relationships www.tiktok.com

Yet with all of her previous success, nothing compares to the release of "drivers license." In just two days, the single charted at #1 on both iTunes and Spotify, surpassing Rodrigo's inspiration, Taylor Swift (who actually ended up shouting her out.) People compared her to the likes of her inspirations, with dream pop meeting alternative-electro and lyrics that will break your heart and, undoubtedly, make you sympathize with young Rodrigo.

The music video was released with the song on January 8, and it's quite literally addicting to watch. The cinematography, credited to director Matthew Dillion Cohen, is breathtaking and perfectly accompanies the song in it's artistic melancholy.

Fans theorize who exactly the song could be about, and while it may be fun to entertain, don't let it steal the attention from what really matters: that Olivia Rodrigo is a star and the next singer to watch.