'The Olive Theory': New and Improved
Odyssey
CurrentlySwoonLifestyleHealth & WellnessStudent LifeContent InspirationEntertainmentPolitics and ActivismSportsAdulting
About usAdvertiseTermsPrivacyDMCAContact us
® 2023 ODYSSEY
Welcome back
Sign in to comment to your favorite stories, participate in your community and interact with your friends
or
LOG IN WITH FACEBOOK
No account? Create one
Start writing a post
Student Life

'The Olive Theory': New and Improved 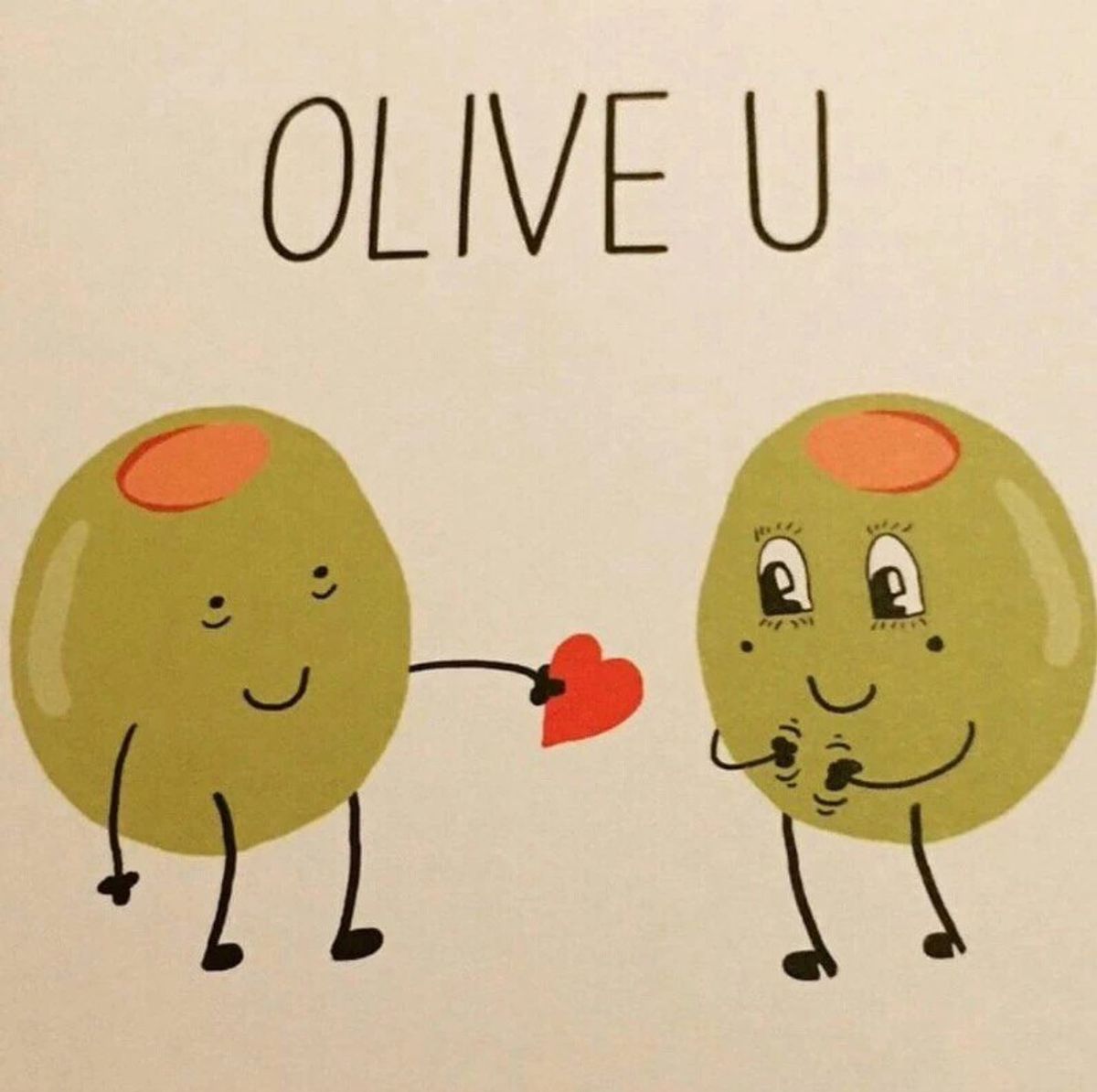 You may or may not be familiar with "The Olive Theory"

In case you have no idea what i'm talking about here's a recap: On the extremely popular sitcom "How I Met Your Mother" Marshall and Lily, who epitomize relationship goals, came up with a theory. The theory states that the success of a relationship can be determined by how each person in the relationship feels towards olives. If one person loves olives and the other hates them, you have perfect balance. Thus, the relationship will prosper.

So, while I think the concept of this olive theory is intriguing, and perfect balance is important, I have come up with a few alternative theories that I believe to be far more telling of a potential relationship.

This theory is simple and for the comfort of a good night's sleep. Two people who both like to be the big spoon, you might as well pack your bags now. A perfect relationship involves two people who compliment each other. Every night will be a perfect night if one person likes to hold while the other likes to be held

People show their true colors when they're fighting for shower time. Let's say you both love to shower in the morning. I foresee a lifetime of bickering and hateful actions. You'll find yourself using all of the hot water as revenge for a previous argument. Day by day you'll start sneaking out of bed earlier just to get in before the other person, resulting in resentment and ultimately the demise of the entire relationship. The perfect balance would happen between one person who enjoys showering in the morning while the other partner likes to bathe before bed. This is the shower theory.

It's a classic awkward moment. You're taking a flight, train, bus, or any type of transportation with your partner. Luckily there are two seats together, but one is a window seat and the other is in the aisle. Instead of fighting trying to come up with a system of trade offs and bargaining, find someone who prefers a view while you enjoy the convenience and leg room of an aisle seat.

The wing theory is the most superior theory, and I know this from personal experience. I was out to dinner with my friend and we decided to split an order of wings. The waitress brought out a plate of 16 mouth watering-buffalo wings. As I reached for a wing piece, I noticed she was taking a drumstick. This caused me to ask, "Val, do you like the drumstick or the wing pieces better?" To which she replied, "I like the drumstick." It was fate. We then noticed that we had received a 50/50 plate of wings and drumsticks. We both got exactly what we wanted, and left the meal more than satisfied with our food, and closer than ever as friends.