"It is not the mountain we conquer but ourselves." ~Sir Edmund Hillary 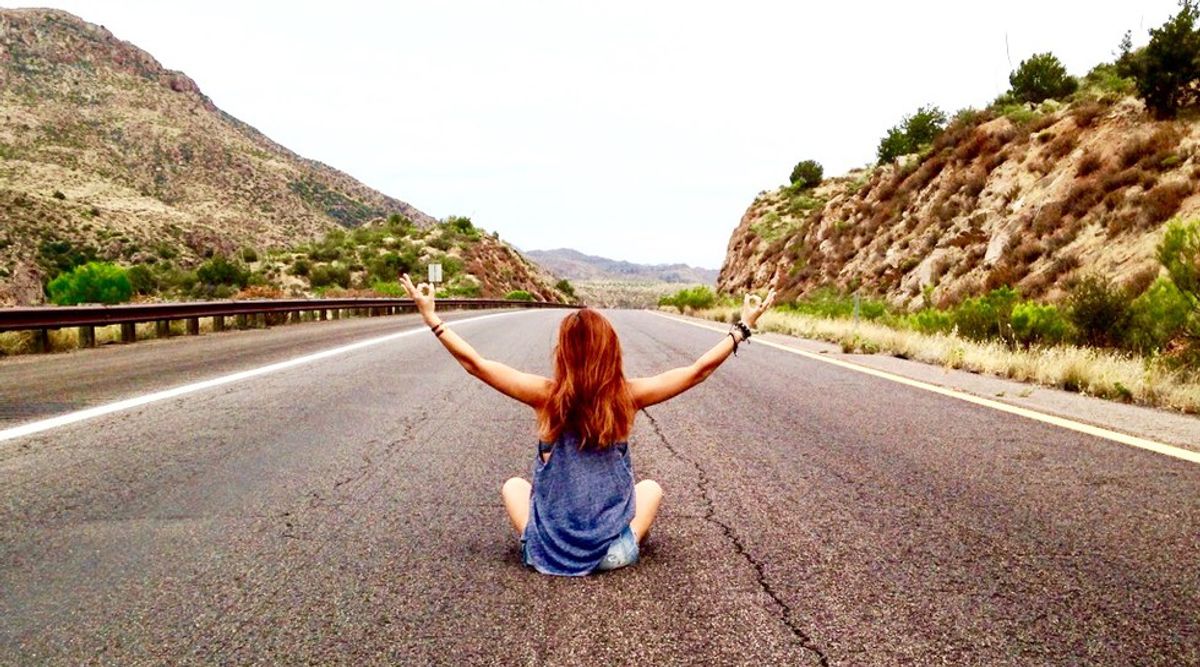 Take a breath. Take a look. You’re at the top of the world. Your knees are scraped. Your hair is tangled. Your breath is heavy. Oh, but your eyes are sparkling, simply shining with glee at your newfound height.

I started at a low point; not just physically at the base of a large rock formation, but mentally, flat on the floor of a quarter life crisis. The year had thrown some curveballs, and I’d struck out left and right. My solution? Get out. Get to a place where nothing mattered and nothing would fall apart. I booked a flight, and by the next day, I found myself 2000 miles away from home.

My first adventure began at the base of Daisy Mountain. It made me feel incredibly small and utterly insignificant. Hell, the cacti alone were three times my size, but I think it's important to place yourself in situations that make you feel small. By recognizing an ounce of humility, you're reminded that failure is simply a side effect of trying.

If I had started at the bottom of Daisy, expecting to effortlessly flit up the side, I would have been very disappointed with myself when my lack of endurance forced me to pause after just a half hour of hiking.

I had no business believing that success would come without a few setbacks. Every setback sets us up for a comeback. The funny thing about hiking up a mountain is that you're not always moving upward. It seems counterintuitive. You want to get to the highest point. Why wouldn't you just walk straight up?

Well first, this thing called gravity tends to prevent lengthy vertical movements unless you are a trained, conditioned mountaineer. Secondly, it's smarter to take paths that wrap around the mountain at a slight incline so that even when you feel like you're just walking in circles, you're actually making decent progress without killing yourself. Sometimes the paths backtrack on themselves or slope downward, and you feel like your net progress is negative.

That's life. You backtrack and you walk in circles while history repeats itself. But you keep moving forward.

As you climb, there eventually comes a time when you just need to sit down and take a break. You won't want to because you're conditioned with sayings like, "time is money" and "success doesn't come to those who wait." But if you can't breath or you pass out or you're dehydrated, you're not going to reach your destination at all. It's like pulling an all nighter before exams. Coffee might get you to the test, but it probably won't keep you functioning at the height of your mental capacity. Take the break.

While you're on your break, resting your mind and body, you might start to notice new things about your surroundings. For instance, you notice that the tallest peak is eclipsed by the peak that you're currently trying to conquer. When you can't see the goal landmark, it's easier to get discouraged.

When I reached the top of my mountain, everything that seemed difficult became irrelevant. New perspective shed light on the value of my tough semester. It was a scraped knee compared to what lay ahead of me, and in that moment, with the entire world spilling out before me, I decided I was done berating myself. I had places to see, battles to win, and most importantly, other mountains to climb.