What Went Wrong In The Office's Final Season

the 5 biggest Mistakes in the Final Season Of 'The Office'

Don't get me started on Erin and Andy. 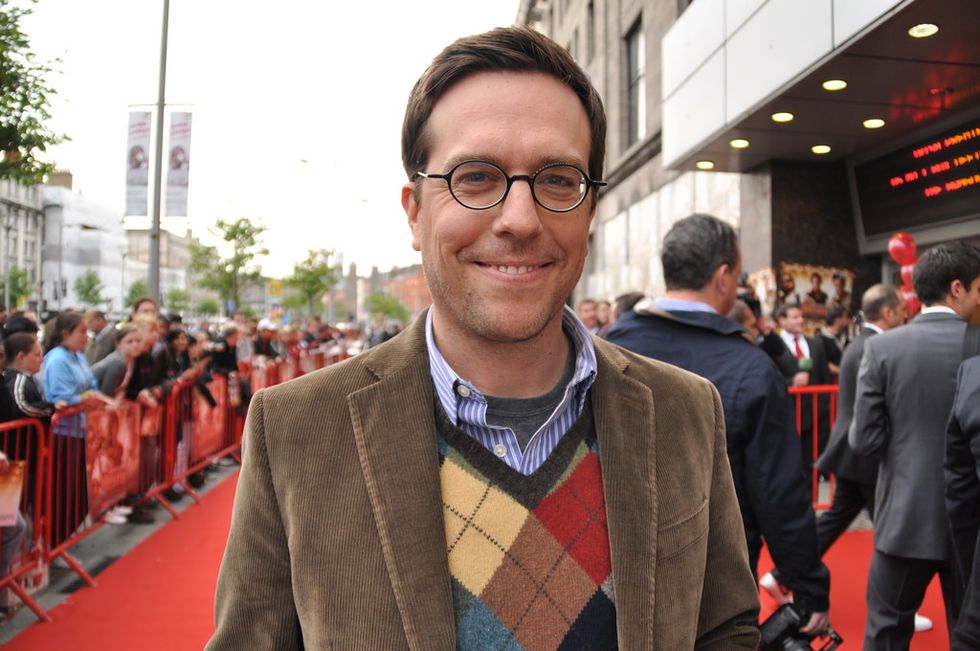 Everyone loves The Office. But no show is perfect, and NBC's adaptation of the BBC's docu-comedy made more than its fair share of missteps—especially on its way out. Here are the five biggest mistakes in The Office: Season 9.

The blonde chick that Dwight courts in The Office's final season came out of nowhere.

She had no memorable characteristics or features, nor any particular chemistry with Dwight. I call her "the blonde chick that Dwight courts" because I don't even remember her name; she's barely given one. She exists so that Dwight and Angela can almost (but not really) fail to wind up together.

Was spending the time to add an extra character for Dwight to have an unsuccessful romance with really any funnier or more dramatic than temporarily leaving him with the idea that he would never produce a beet-loving, glasses-wearing heir? Who can say? [I can: the answer is "no."] But it certainly makes less sense than simply using an existing character with whom Dwight had already had romantic interactions. Isabel, who was last seen flirting with and being impressed by the elder Schrute before vanishing from the show forever, probably feels rather left out. Assuming her corpse isn't fertilizing the beets of Schrute Farms, that is.

4. Minimal Michael in the finale.

Steve Carell, when asked how he would like to contribute to the finale of the series he descended from the comedy heavens to embody.

Michael Scott says and does almost nothing in the last episode of the series that he was the face of for the better part of a decade. There's one "That's what she said," and we get some secondhand exposition from Pam about him being a dad with two phones for all the kid pictures.

That's pretty much it.

He doesn't do much more than hang out quietly for the rest of the show. It's like the writers wanted to have Michael in the finale but the studio wanted to pay Steve Carell as little as possible, so they asked him what his minimal contribution would be. But that's okay: we got a Q&A session about the documentary that probably shouldn't have been part of the narrative in the first place.

Toby being mercilessly harmed by the paper business for laughs: a fitting metaphor for the show as a whole.

I have a rule, and it's the kind of rule I don't mind judging others for not honoring: if you're going to have one character act as the punching bag for pretty much the entire length of a series (or story), then you need to give them something at the end.

I don't care if that's reversing their fortunes and giving them everything they ever wanted or letting them have one moment of genuine heroism before being killed off. You give your punching bags SOMETHING (unless they're the punching bags in Rocky, because those are actually just punching bags).

Toby gets mocked, scorned, and abused with increasing intensity over the show's runtime, and in the end, he winds up still alone, with still no apparent connection to his daughter, still in a job where he isn't respected, and gets one last blurry look Pam through his own tears. It just isn't satisfying, nor does it seem fair for a character who suffered so much and transgressed so little to go out on such a sad note. #justicefortoby

I was completely flabbergasted when this arc showed up.

Brian's introduction to the show broke the fourth wall, made a faux love triangle out of one of the happiest and most crowd-pleasing couples in network television history, and added absolutely nothing of lasting value to the series. In the end, Pam just storms out on him, and even that doesn't provide much of an impact because it's hard to care about Brian. You could cut him and everything related to him out of the series and it wouldn't make a difference.

If they needed someone Pam might talk to before and about Jim, why didn't they go with Toby or Dwight? Either of those choices would be pregnant with both comedic and dramatic possibilities. I imagine Dwight even has access to the security tapes in the office building where most of the show takes place, so they wouldn't even need to break the fourth wall to make the "footage element" a thing.

In a way, the same goes for Toby, because as the HR rep he might actually be privy to certain information that it breaks immersion for the camera crew to have access to. All in all, NO, GOD! NO, GOD, PLEASE, NO! NO! NOOOOOOOOOOOOOOOOOOOOOO-

Andy and Erin, trying to remember why Andy started being a dick to Erin.

I will admit, I was not sure what I wanted to call out as the single biggest mistake in The Office's ninth season.

If we're talking sheer, mind-numbing, "Who the hell thought this was a good idea?" stupidity, then the honor should probably go to Brian. But for all the unnecessary idiocy introduced by that arc, the time it wasted was limited to the back end of the show's final season.

The Erin-and-Andy-character-assassination-fiasco wasted several seasons' worth of will-they-or-won't-they dramedy between two likeable characters who had already earned and received their happy ending in season eight, and it did so by turning Andy into a complete asshole so we wouldn't feel bad about Erin running off with THE THIRD CHARACTER IN THIS ARTICLE WHO WAS ADDED AT THE LAST SECOND THAT WE ARE SUPPOSED TO CARE ABOUT AS MUCH OR MORE THAN PEOPLE WE ACTUALLY SPENT TIME GETTING TO KNOW.

I usually don't give two dog turds about shipping wars, but the way this switcheroo was pulled off is so egregiously inconsistent with who the characters were, and to such an unnecessary end, through such dubious means, that I have to fight for Team Nard Dog on principle. Rest in peace, Andy's moral character. You deserved better.

10 Pros And Cons Of Dorm Living

The 'October Horror Movie Challenge' (A.K.A. The Best 31 Days of the Year)

5 Med School YouTubers Who Helped Get Me Through My 8 A.M. Pre-Med Classes