How To Go To Vegas Without Gambling, Drinking, Or Getting Married
Odyssey

How To Go To Vegas Without Gambling, Drinking, Or Getting Married 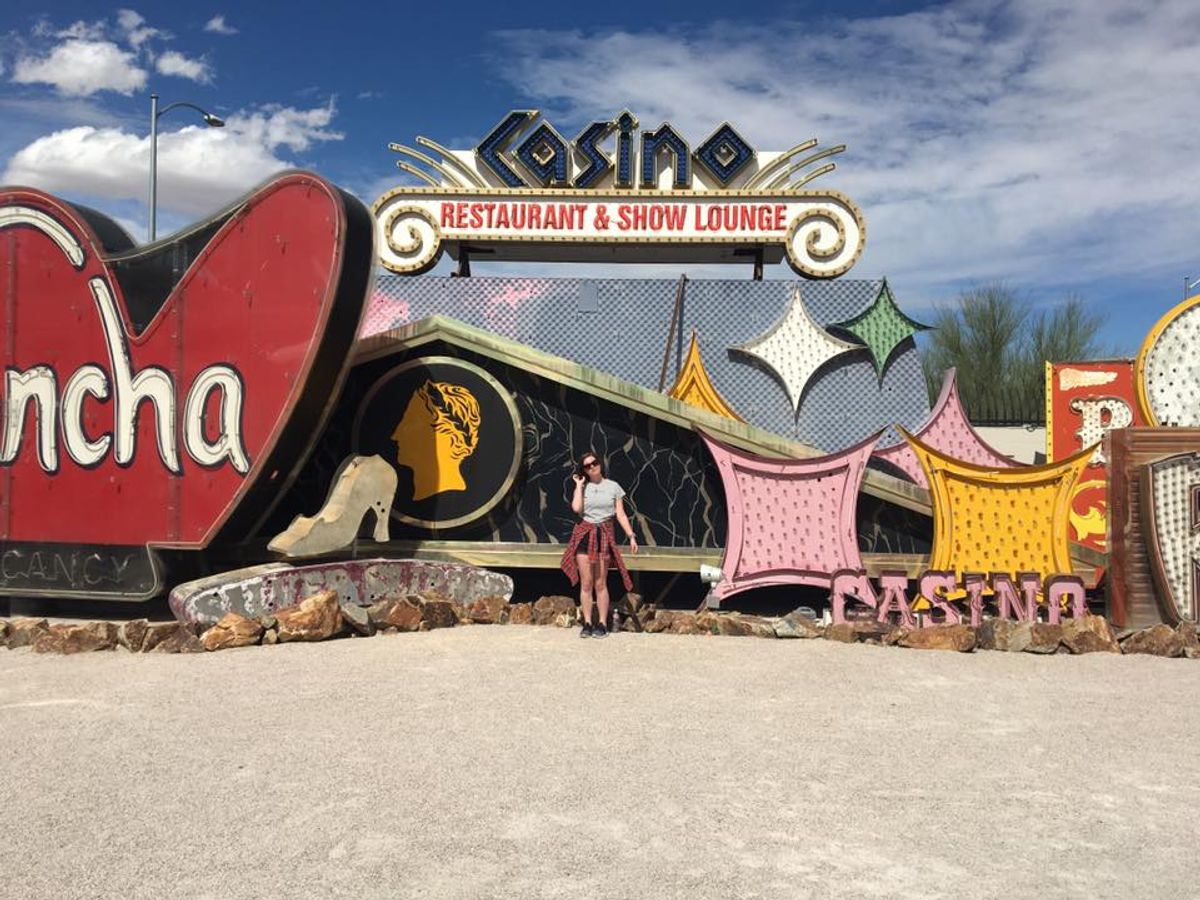 When most people think of a trip to Vegas, they imagine partying, drinking, and making questionable choices. After all, there's a reason the phrase "What happens in Vegas stays in Vegas," has stuck so well. However, there is so much more to Vegas than the typical Sin City attractions.

If there's one thing you'll remember Vegas for, it's the food! If you're craving something, they've got it. They've got all the well-known places, like Hard Rock Café and In-N-Out Burger (which I guarantee, neither of those will disappoint). There's also great lesser known options as well. There's a plethora of Mexican restaurants, and Pink Taco inside the Hard Rock Casino/ Hotel is by far one of the best tacos you'll ever have. Tucked into the Vegas suburbs is The Great Greek Mediterranean Grill, a fantastic local Greek/ Mediterranean joint. And for dessert, Freed's Bakery in Henderson, NV, never disappoints. Try the cupcakes and macaroons, you'll thank me later. But just remember, the calories you eat in Vegas don't necessarily stay in Vegas.

Yes, the strip is where most bad choices are made. But there are so much more than giant margaritas and girls in barely-there cop costumes. Several famous attractions are free, such as the famous Bellagio fountains. The fountains put on a show every 30 minutes, and I will say standing in front of them will definitely make you feel like one of Ocean's Eleven. If you've been dying to do some major shopping, then the Miracle Mile is right up your alley. Inside the Planet Hollywood Resort is what is known as the Miracle Mile, 5,280 feet of nothing but your favorite stores. And if you want to spend a little more, there are so many shows to see and great performances to witness! Both Celine Dion and Jennifer Lopez have shows in Vegas, and the Blue Man Group is currently performing at Luxor. If you want something with a little more wow factor, the Cirque Du Soleil shows have a fantastic reputation and come in several different themes, such as Michael Jackson and The Beatles. Whatever you choose, you're bound to be entertained, even without a 3-foot margarita glass in your hand.

Okay, yes, I'm sure half of you reading that just went "Ugh," in your heads. But hear me out. Vegas does literally everything big, especially their museums. These places are top knotch, and most are relatively cheap! The Neon Museum off of Freemont St. is a neon sign graveyard, which is just as cool as it sounds. You get to take a tour of the entire "graveyard," learning about the significance of each sign, and take as many pictures as you want. The Mob Museum is a three-story experience, guiding you with videos, artifacts, and photos to tell you the story of the American mob and Vegas's role in it. My personal favorite though is the Pinball Hall of Fame. This one isn't necessarily a museum, but more of a nostalgic experience. They have hundreds of pinball and arcade games, ranging from the original Mrs. Pacman to Game of Thrones-themed pinball. And most of the arcade games only cost a quarter to play!

4. Outdoors/ Outside the City

If the city life really isn't your scene, Vegas is centrally located around several outdoor beauts! One popular attraction is the Hoover Dam and Lake Mead, and they're just 45 minutes or so outside Vegas. You can either walk on the Hoover Dam itself, or dare to go a little higher by walking on the bridge a small distance from the dam. You can also take a tour inside the dam itself and learn more about its history and inner workings.
Vegas is also very close to several national parks, so if you have a car, these would be the perfect day trip!. The south rim of the Grand Canyon is about 6 hours away, and the less popular west rim is about 2.5 hours away. Either would be a good way to knock the Grand Canyon off your bucket list. If you're not looking to potentially drive 6 hours, Death Valley National Park is only 2.5 hours west of Vegas, and it takes you into the eastern edge of California. Death Valley is not terribly well known, but, in my opinion, is insanely cool. Death Valley is the hottest, driest place in the country, and it is the largest national park outside Alaska. Within Death Valley is Badwater Basin (pictured below), a salt flat that is 282 feet below sea level, making it the lowest place in North America. Definitely worth the road trip out there, as long as you bring plenty of water! Remember, you are still technically in the desert.

While it can be kind of strange to go to Vegas and not get drunk and party, it definitely adds something to the Vegas experience, especially if you're under 21. Vegas and the surrounding areas have so much more to offer than bad choices. So if you're the more introverted or laid back type, these attractions are definitely for you.