A Thank You Note to My 3 Favorite Series
Odyssey
CurrentlySwoonLifestyleHealth & WellnessStudent LifeContent InspirationEntertainmentPolitics and ActivismSportsAdulting
About usAdvertiseTermsPrivacyDMCAContact us
® 2023 ODYSSEY
Welcome back
Sign in to comment to your favorite stories, participate in your community and interact with your friends
or
LOG IN WITH FACEBOOK
No account? Create one
Start writing a post
Entertainment

A Thank You Note to My 3 Favorite Series

"Time is an illusion, lunchtime doubly so." -The Hitchhikers Guide to the Galaxy, Douglas Adams 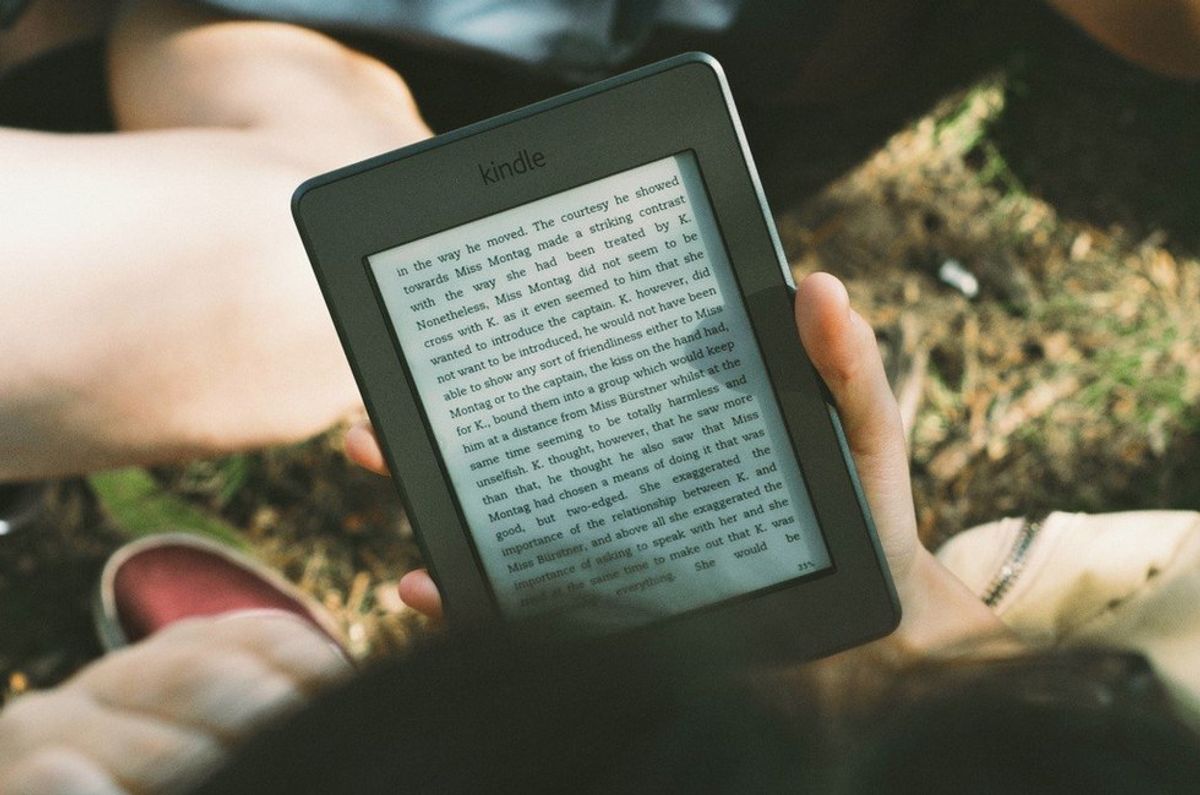 I want to thank you for developing my middle school self. It's insane how much you three books influenced my way of acting out, thinking about, and imagining the world.

I remember getting the box set of the first 5 Percy Jackson books for Christmas in 6th grade and reading all of them before we even went back to school. Some people got whisked away into the magical world of Harry Potter, but I got lured away by the hidden world of Percy Jackson. Not only was Percy my biggest crush of all time, but I learned many things from him and his friends. The biggest thing I learned is that you don't give up on your friends-you do anything for them. You go to Tartarus and back for them. You save each other. It may have been a weakness, but it was also the backbone-Percy's biggest strength. This book changed me. Opened me up to the imagined world, glamoured back by our own. Opened me up to see the mystical creatures and beautiful things that can be hidden sometimes.

Hitchhikers Guide to the Galaxy...the reason my favorite number is 42. You gave me humor and optimism. Even if the world is ending, or someone is building a giant by-pass through your world, there's always something to laugh at to help you get through it. Even a manic-depressant robot can find a way to get through. I thank you for my absurdity, my ridiculousness, my randomness. For saying it's okay to be weird because there's millions of other weirdos out there in the galaxy! For giving me dreams about all the dolphins on earth flying off into space. You brought to light new ways of thinking about life, the universe, and everything.

And thank you Hunger Games. For a heroine who makes the hard choices for the right reasons. This particular series became a staple for 8th graders discovering that their world isn't as "sunshine and rainbows" as we were led to believe. I learned from the book about bravery, loss, and love. I wanted to become more like Katniss: a leader. I worked on being kind to strangers and making relationships with people younger than me. Through theatre and swimming I became more of a leader...something I didn't realize I could be until I read the book.

These three books gave me a support system in a way-places to escape to, friends to laugh with, adventures to go on. I learned so much about myself and who I wanted to be as a kid by reading these books. They evolved my middle school self which turned into my high school self which turned into modern day me. The Hunger Games, Hitchhikers Guide to the Galaxy, and The Percy Jackson Series influenced my way of acting out, thinking about, and imagining life as I know know it. I thank these three books so much for everything they gave me and taught me.

So long and thanks for all the fish,