The conversation that needs to be had is bigger than all of us. 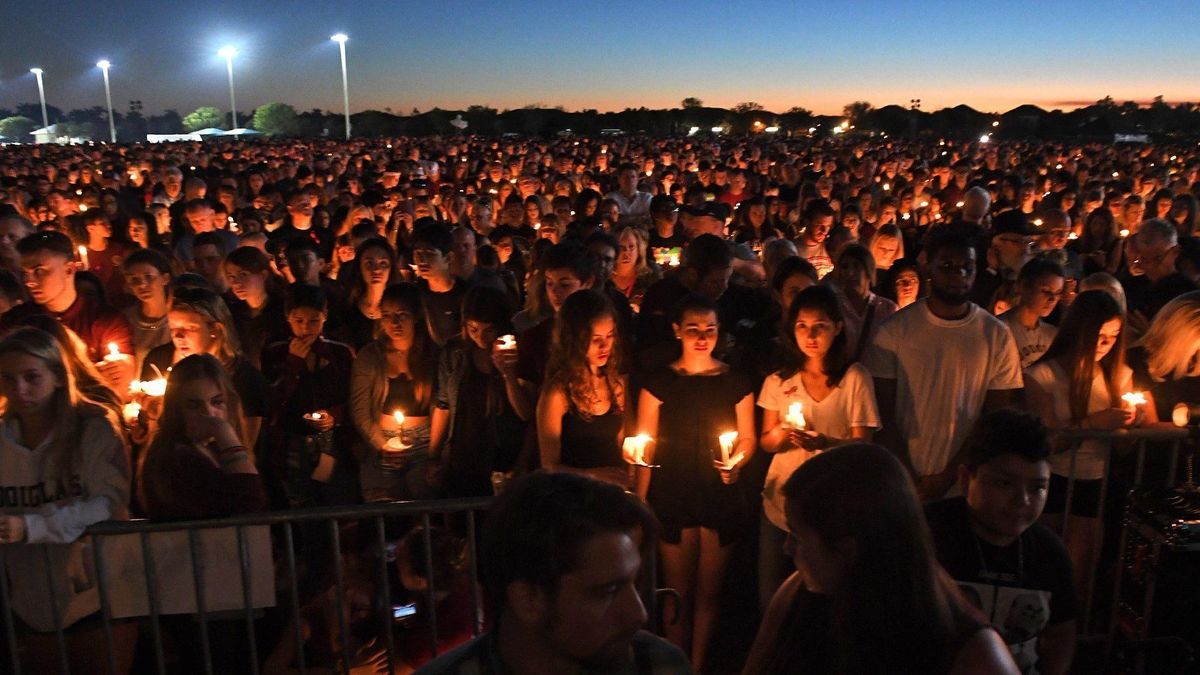 The day after Valentine’s Day I received several texts from people asking me if I was going to write an article about Stoneman Douglas. I didn't attend the school although my home is close by. One of my favorite high school teachers moved there. My sister’s close friend has a brother and sister who were present during the shooting. And other than going there for band performances, I am without a direct connection to the events that occurred that day. But then I thought about whether that really mattered. And that thought sparked another that fueled a fire that gave me a headache.

There is a larger than life conversation to be had about Stoneman Douglas. People see each other as threats and buy weapons to arm themselves against one another. Children play games in which they have three lives and view death as a temporary concept.

The news comes in at such an alarming rate that we don’t have time to process one catastrophe before another is presented.

Guns are too easy to purchase for those who shouldn’t have them. Mental health is overlooked until someone acts out. Foster care places children into unsafe homes. Professionals trained to keep the public safe are the ones causing harm. People are using political standing, religious views, and their own personal devastations as justification for committing unspeakable acts. There is so much to be said that one article isn’t enough. Ten, twenty, a thousand articles aren't enough.

This massacre was caused by an infinite series of bad decisions that trace back to the beginning of time. To go about solving our issues, we need to tear apart our current system and start anew. We not only have to change but also want to change. And I don’t know if we want to yet. We seem to be grasping desperately to tradition and familiarity. We seem to be refusing to take off our necklaces no matter how little we can breathe with them on. Adjust and ignore, adjust and ignore. The nooses tighten.

I didn’t want to write this article because while I can list out what I believe to be wrong with the reasons why, I still don't have solutions to any of it. I’m unqualified and ignorant to even consider such possibilities. But I think there’s something important in admitting that you don’t know anything. I think everyone’s so focused on having the conversation that they don’t realize that in order to get there we have to have empty talks behind closed doors and shallowly written articles by 19-year-olds who rarely read the news. There needs to be an acknowledgment of what we know and what we don't. There needs to be the peaceful and respectful spread of ideas because force never changed anyone’s mind. Even if all we know is that something is inherently wrong with our country, then that is worthy of being said. That's why I ultimately wrote this article. Because conversation is at the start of every revolution.

But even before any of that, before even the first whispers begin, what happened at Stoneman Douglas deserves to be acknowledged. We need to stop and feel the full breadth of what happened on a day that was supposed to represent love. Alyssa, Scott, Martin, Nicholas, Aaron, Jaime, Chris, Luke, Cara, Gina, Joaquin, Alaina, Meadow, Helena, Alex, Carmen, and Peter were lost. Say their names out loud. Force yourself out of your dissociative state and sit in the fact that this was real even if it didn’t affect you. Remember this day and these victims and the heavy feeling in your chest. Remember it, mourn it, grieve it, and change it.

Donations are being accepted for the victims' GoFundMe here.